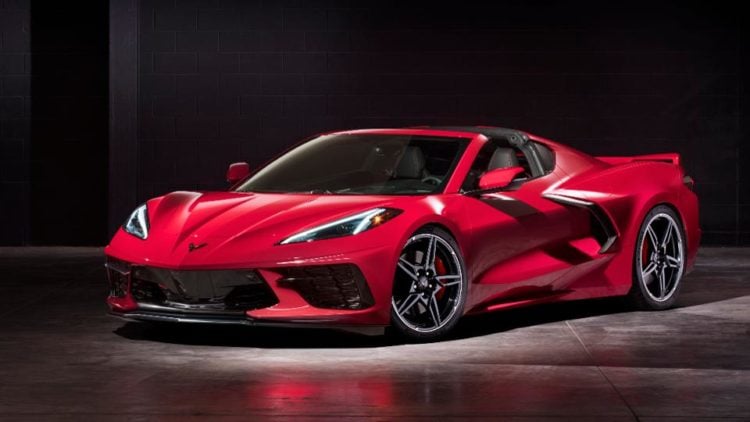 With vehicle ownership today at an all time high, chances are good that you may soon be in the market for a car or truck yourself in the coming year. If that is the case, you are probably excited about the prospects. With all of the technological advancements that have been made in recent years, there are quite a few new vehicles on the market today that meet your fancy. In fact, you may very well find that the most difficult part of this process is going to be deciding on which vehicle you want to purchase. That being said, do not forget that not every car or truck is worthy of your patronage. Some of them are downright awful, to be frank. You will want to know what those are in advance of your search so that you can avoid getting burned in the end. To help you with that, we have put together the following list of twenty cars that you will want to avoid at all costs in 2020, with the worse one coming last. 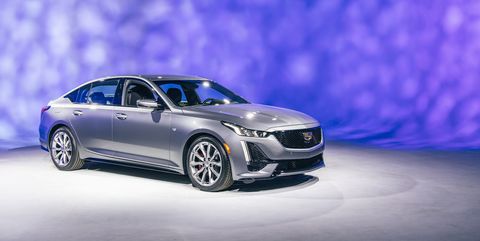 When you look at this car, you might wonder how in the world it ever made this list. It looks gorgeous on the exterior. However, that is where the functionality of the Cadillac ATS really stops. It only has a 57 percent score from Consumer Reports, largely because of cramped seating, a small trunk, and lack of seat support. This car also decreases rapidly in value, so it is just a bad deal all around. 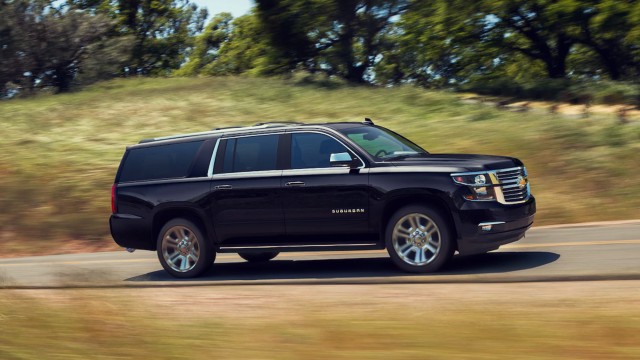 The Chevrolet Suburban is meant to be a wonderful family vehicle. It is meant to provide room for people and has some advanced features that make it more comfortable on the whole. That simply does not pan out with the rest of the deal that comes with this car. It sucks gas for on. At only 10 miles per gallon, the family fuel budget is going out the door. Long road trips might even become out of the question. 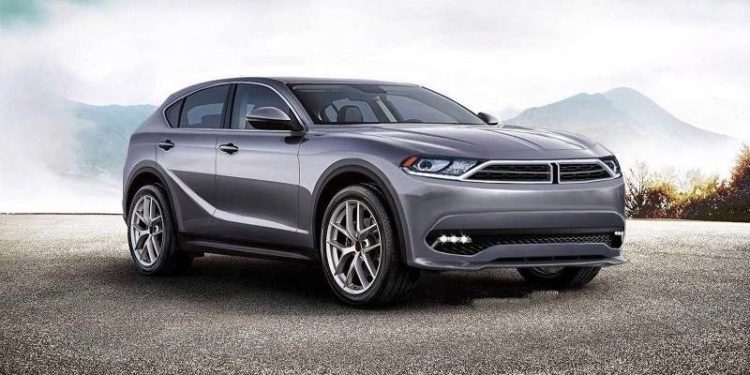 Here is a crossover SUV by Dodge that had a lot of potential. It simply has not lived up to those expectations. There have been reports of lasting problems with the transmission. At times, it simply becomes unresponsive. There is also poor visibility in the rear to count for. And the third row seat is incredibly cramped for adults. 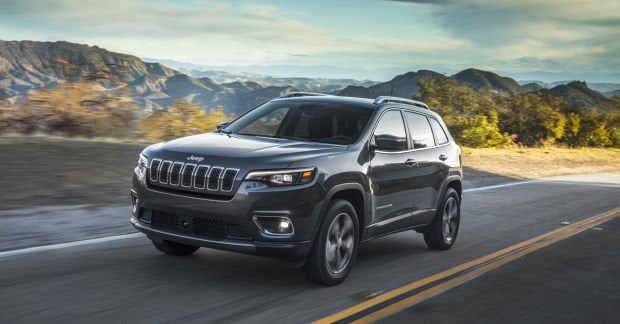 The Jeep Cherokee might seem like a popular choice, but you might want to think again. Many improvements that should have been made by Jeep have simply not materialized. The towing capacity is still far from sufficient, and the design is a bit bland and boring. With only a four cylinder engine, it lacks the power that many would like to see from the class of vehicle. 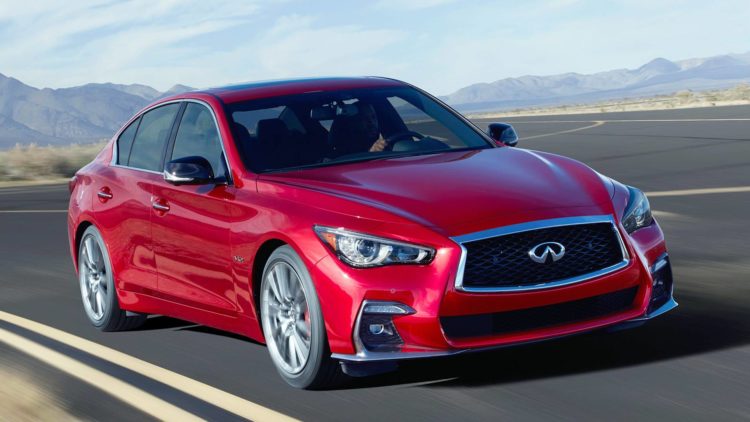 The Infiniti Q50, on the surface, impresses many with its col exterior. It also accelerates quickly and has a spacious inside for passengers to enjoy. What, then, is the reason for it making this list of worst cars? For starters, the power train under performs nearly every other card in its class. It does not handle as one would expect at hight speeds, and it is not at all fuel efficient. 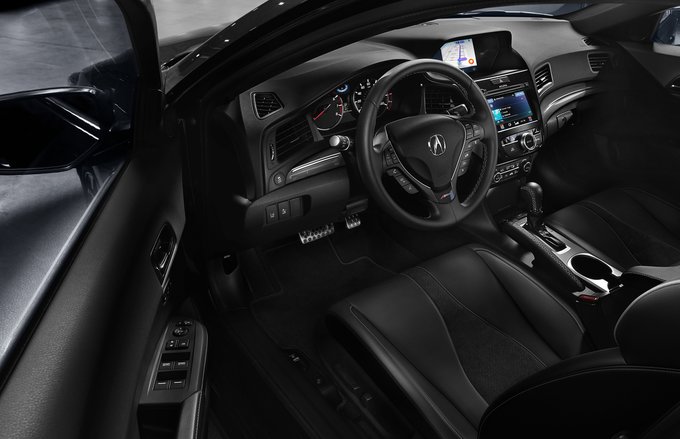 The Acura ILX is in a crowded line of sedans, and it should just be last there. Many people in America are getting rid of these cars in exchange for cross SUVs, so the Acura is breathing its last breath and it shows. It is billed as a luxury car, but it simply lacks many of the features that would get it there. It also gets low reliability ratings and is low in consumer satisfaction. 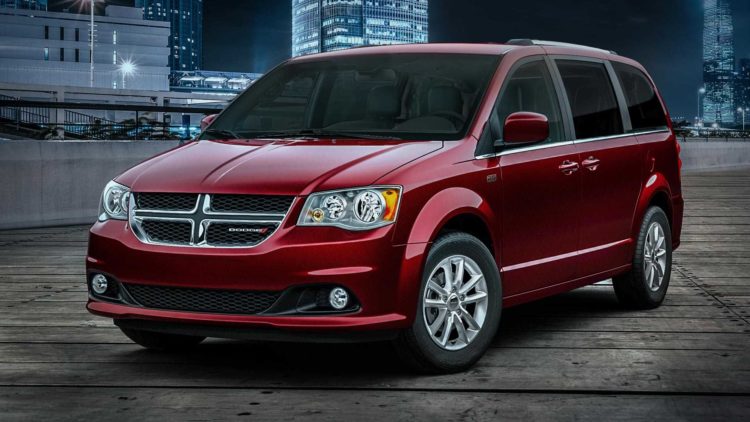 The Dodge Grand Caravan has the potential to be a wonderful family vehicle, but it simply does not live up to its billing. The brakes are unreliable and troublesome, there are many complaints about the electrical system failing, and the seats are simply not comfortable. That being said it is still the best selling model, but that doesn’t mean you need to buy one. Stay away. 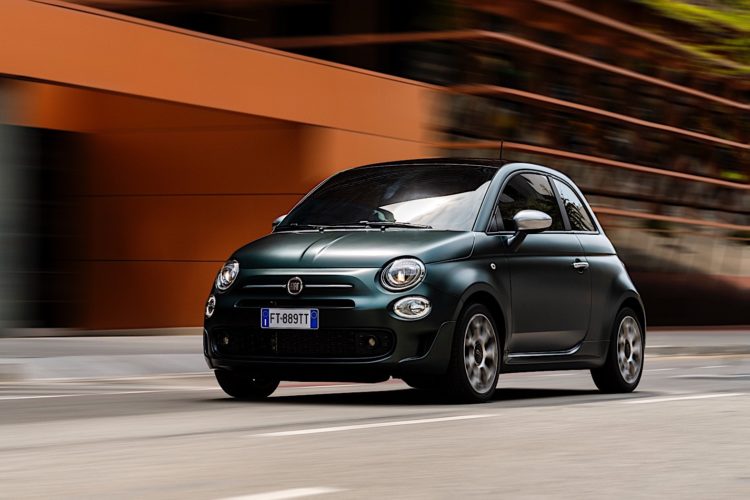 The FIAT line of cars might look cute, but it seems that they are to be avoided. The FIAT 500 I the first of three that have made this list. Consumer Reports has it scored at only 45 out of 100, so that is already indicative of trouble to come. It looks stylish, but it is not considered to be a quality automobile by any stretch of the imagination. It also has an extremely low resale value, so that is something to keep in mind as well. 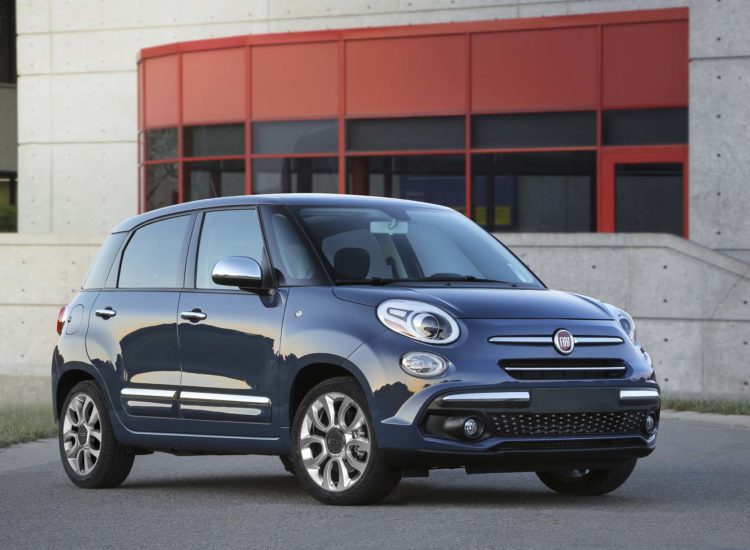 The FIAT 500L is a four door wagon that looks kind of sleek. Looks, however, can be deceiving. This model is rated with a score of 30 by Consumer Reports. Ironically, this now was designed and built in the very same factory in Serbia that once produced the Yugo. That should set the warning bells off right there. It is not reliable and has a horrible resale value. 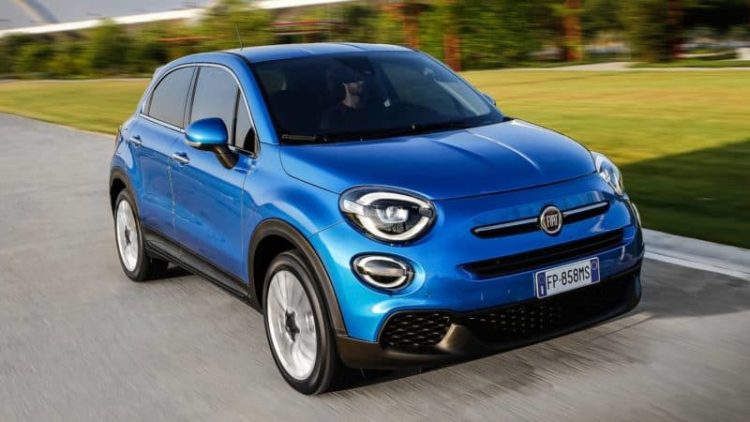 The bad news for the FIAT brand continues with the 500X. This is an SUV entry that, to be honest, has been rated a pleasure to drive. It has some good technology included in it, but drivers and Consumer Reports give it a dismal rating. This is something that you must take into consideration. It is not deemed to be comfortable for long drives, so if you are going to do anything but short commutes in the city, stay away. 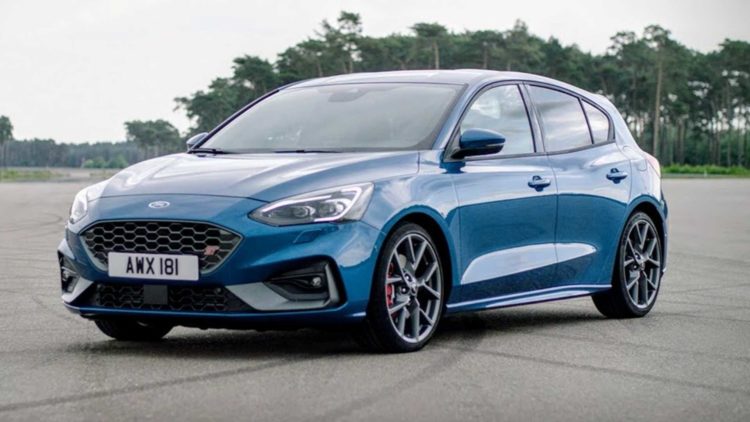 This is one of Ford’s three entries on the list. The Focus is a small car in a saturated marketplace. For the value, this car is still too expensive. It is rated as being. Unreliable by Consumer Reports and it has a below average rating from them as well. Do not let the options package, which is quite superior, tempt you into buying this one. 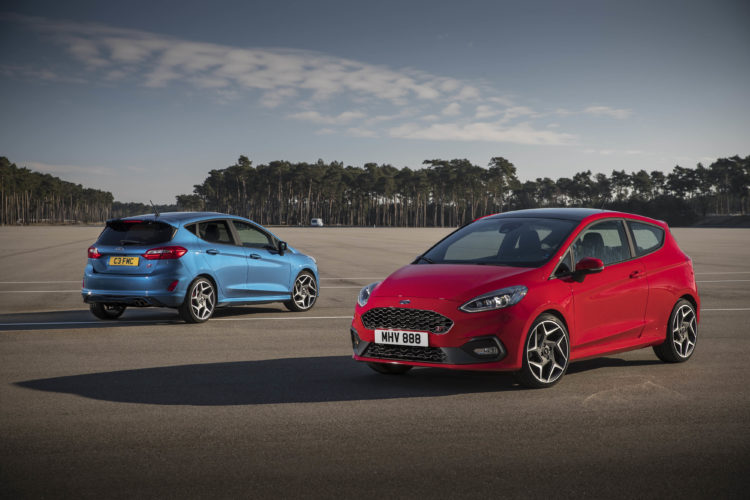 We continue the troubling news for Ford cars with the report the Fiesta should be avoided. This is another small car that has recently been redesigned, but somehow still appears to be boring and bland on the exterior. Consumer Reports only scores it 44 out of 100, and it is deemed to be highly unreliable.

As a full size non-luxury sedan, the Taurus just seems to be doomed. It has not had a redesign in years and it is starting to look very tired. It performs well on the open road and does have some great room in the back seat, but it is considered to be a highly unreliable car. It is also suffering from brand fatigue, and so the resale value is likely to suffer as a result. 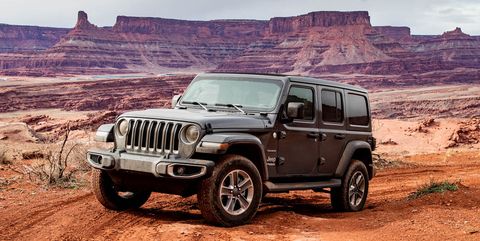 The current edition of the Jeep Wrangler just has not changed much. It is not getting any better, which means that negative issues reported earlier are still appearing. It is noisy inside, bumpy when driving on rough terrain, and there is not much leg room. It is an old school jeep with a modern design. There are better vehicles in its class on the market today. 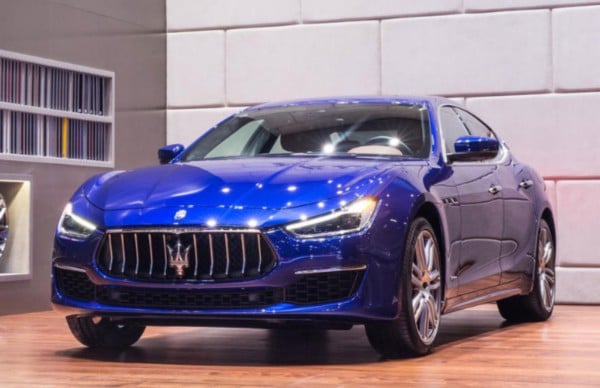 If you think that a luxury car can’t make this list, then we give you the Maserati. It is Italian and it is stylish, but there are problems under the hood. The parking sensors seem to go wonky at times, while the V6 engine just does not pack the power that owners of a vehicle in this class would expect. The handling is sloppy, and it has caused the car to be ranked last among midsize luxury cars by Consumer Reports. 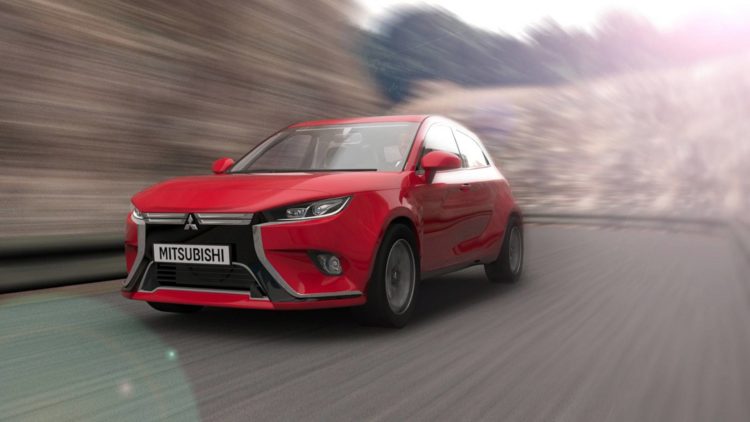 The Mitsubishi Mirage has a reputation as being a smart and fun vehicle to own, but you might want to look some more before buying one. You need something more than just smart and fun. You want functional and reliable, and the Mirage just does not fit that bill. While it does get great gas mileage, you will really suffer from a comfort’s perspective as the ride is not as smooth. 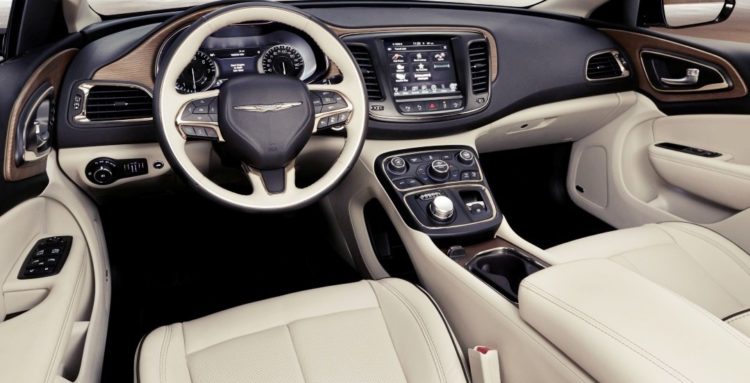 With the Chrysler 200, you have a vehicle that bills itself as being next generation. It comes with a terrific warranty, but all appearances are that you will need it. It gets extremely low ratings from Consumer Reports. As a matter of fact, it is one of the worst in its class, gaining a reputation for handling very poor on winding roads and have a poor overall performance on the road. 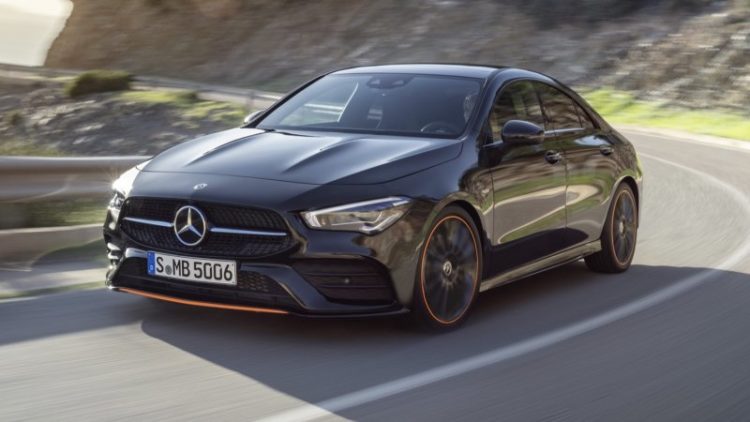 Here is another luxury car on the list that you should think twice about before buying. While the Mercedes brand is among the most highly regarded in the business, this particular model just does not live up to expectations. For the money you pay, you deserve something more than the lowest rated luxury car of a compact nature as reported by Consumer Reports. 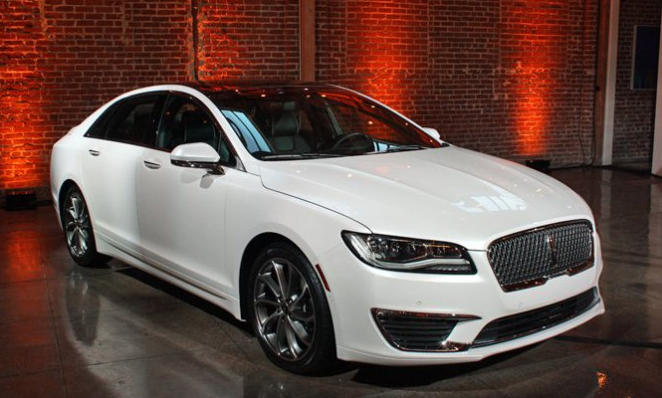 There is not a great deal of published information about the Lincoln MKS, and perhaps that is where the trouble begins. It is the lowest rated luxury car in the midsize division. Consumer Reports states that it is outdated and that competitors have simply passed it up. Combined together, this puts it on the list of 20 cars to avoid at all costs. 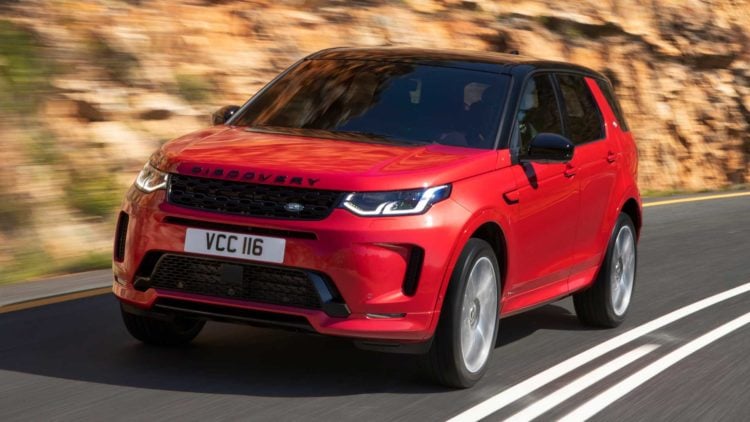 This is a newly designed luxury SUV that Consumer Reports scores the lowest in its class. The acceleration is awkward and the transmission reported to be a bit bulky.

So, if you have ever wondered which vehicles you should stay away from, these would be the ones. It is best to not even look at them, as some high pressure sales people will do everything that they can to get you to buy one. You want to be a happy car owner, in the end, so look for a car and truck that comes with a great reputation and positive reviews. This will cost you much less heartache in the end and keep much more of your heard earned money in your own pocket when it is all said and done.