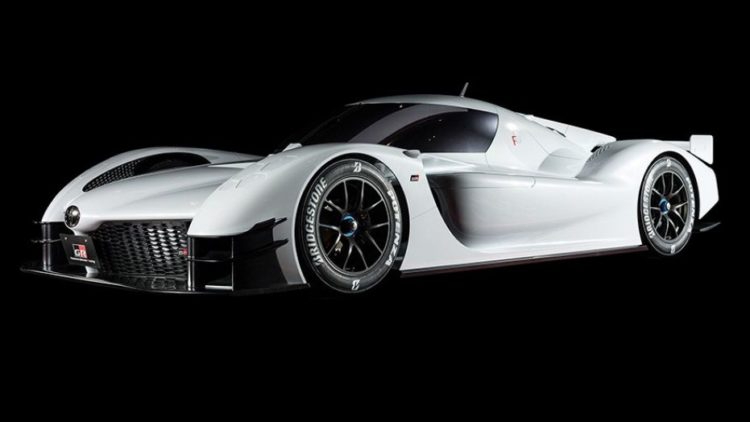 There have been quite a few road machines released lately that mimic established racecars, such as recently released F1-style models from Mercedes-Benz and Aston Martin. These types of cars include similar parts and engineering to their track-going counterparts, and thus boast the incredible speeds and solid handling that you can really only get from a supercar. Another new addition to the racecars-as-road-machines mix is the Toyota GR Super Sport Concept car. It is based around the cars that Toyota fields at 24 Hours of Le Mans. With its futuristic sleekness and aggressive looks, this Toyota is sure to turn heads in its upcoming limited public release.

The Engine and Transmission

This Toyota supercar boasts some specs that should sound familiar to anyone who has kept up with their Le Mans race team. The currently-fielded car, the TS050, has a twin-turbo hybrid 2.4-liter V6 that makes approximately 1000 horsepower. This respectable number leads the TS050 to be the fastest entrant at Le Mans every time, even if they do not achieve consistent wins.

Well, the GR Super Sport has a twin-turbo hybrid 2.4-liter V6. And it sure looks like a racecar. Plus, it makes 1000 horsepower as well. Yeah, we will pretty much have to conclude that this new concept from Toyota is just a reskinned TS050 designed for street use – and probably at very little performance loss, if we know the guys at Gazoo Racing. Plus, a translated version of the Japanese press release states that their V6 engine was “trained in actual battle”. Whatever that means, we are definitely down with it.

The overall goal in powertrain design was to “combine ultimate power and environmental performance”. This is accomplished with Toyota’s race-designed hybrid system, combined with an engine that doesn’t require much fuel to combust. Therefore, not only will you be able to tear up the pavement, you can do so with a clean conscience knowing that you are doing your part to preserve the environment.

Chances are, the new GR Super Sport will probably use the same transmission that is currently used on the TS050. The cars are similar in nearly every other aspect, so an assumption here would not unwise. The TS050 has a reliable and high-performing transmission that is a perfect match for the beast of a V6 that drives it. 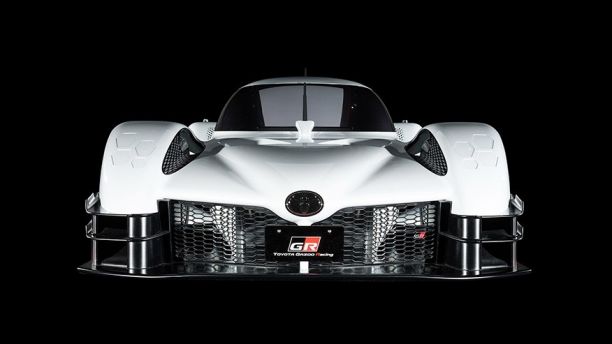 As a hybrid car, the GR Super Sport features two electric motor-generators that drive the front and rear wheels respectively. This forms a two-part all-wheel-drive system, which is the best system to use on a car that is capable of high speeds and acceleration like the Super Sport. Plus, there is a much lower likelihood of a critical failure either on the track or the road. Even if both of the motor-generators had a meltdown, the high-power twin-turbo V6 would still be sending power to the rear wheels.

The chassis design of the GR Super Sport is incredibly reminiscent of a car you might see running a race at Le Mans. It is a two-seater, and rides very low on 18-inch wheels. Plus, it has been constructed of lightweight materials (i.e. carbon fiber) and engineered to provide the best possible handling at speed. The handling is further improved by the ability to fit 330-section tires on all four wheels, which will increase grip significantly.

One of the most striking things about this concept from Toyota is the aggressively-aerodynamic stylings that the car uses. Everything from the narrow cockpit to the good sized rear wing speaks to careful airflow management during the car’s design. The new Super Sport almost looks like a jet plane, and is likely just as aerodynamic. The car’s shape is a reflection of the talented engineers at Toyota that make cars like this possible.

When Is It Coming Out?

No release date has yet been set for the Toyota GR Super Sport, especially considering other ongoing projects that the brand is due to complete. It is not even certain that these cars will make it into real production, as they are still in the concept stage. However, if they do, you can probably expect a price similar to competing cars in the same horsepower range with a similar concept.

This is a great step for Toyota, and yet another step towards ecologically-sound racing. The hybrid system that this car employs, and the power that it subsequently generates, is proof that a vehicle doesn’t need to be a gasoline hog to be fast. Hopefully some of these concepts will start making their way into the hands of consumers sometime soon, especially the Toyota GR Super Sport.