Home
Business
Technology
How Far Along Are We With Climbing Suits?
Prev Article Next Article 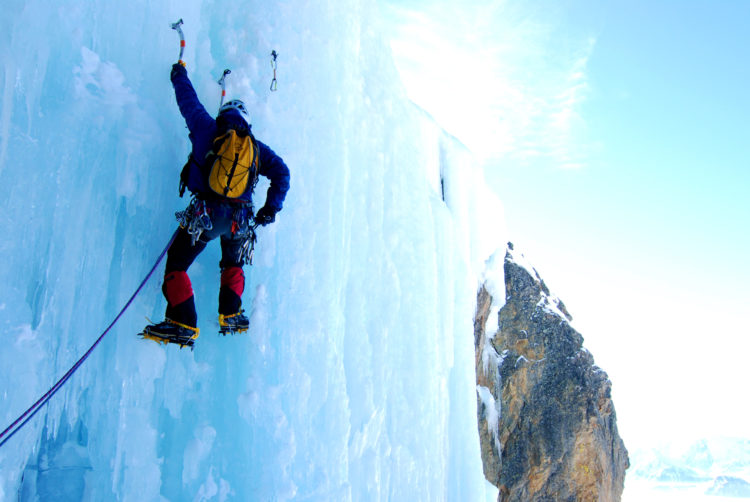 Teams of scientists, researchers, technologists, and inventors are constantly looking for ways to make our lives easier or to enhance the natural abilities of humans. There are a variety of aims behind their developments, and each project has a different purpose. One innovative technology which is still being worked on is climbing suits. So, what has the development of this technology involved, and what progress has been made so far in making this technology available.

The Inspiration Behind Climbing Suits

Anyone who is a fan of Spider-Man has probably aspired to share the same superpowers as their favorite superhero; the ability to climb vertical walls. The anatomy of humans makes this impossible as we need nooks, crannies, and ledges to which we can grip using our fingers and toes. However, there are some creatures in the animal kingdom that do have the ability to climb vertical walls as they have very different anatomical features to humans, such as spiders and geckos. Therefore, scientists have taken their inspiration from these animals in their bid to give humans the same abilities. They have researched exactly what makes these animals able to climb completely flat and vertical surfaces so easily, and then attempted to apply their research to creating a climbing suit that allows humans to also climb such surfaces.

According to The Guardian, the US Military have been the leaders in this research as they began their research back in 2002. The research was a collaboration between the US Defense Advanced Research Projects Agency and Stanford University. The US Military has collaborated with a group of scientists to create clothing that allows the wearer to climb vertical spaces, and they have used the sticky feet of geckos as their inspiration. They created silicone pads the size of hands with microscopic ridges that can grip to smooth, vertical surfaces. This allows a human to climb. A team of researchers from Cambridge University had originally argued that it would be impossible for a human to climb unless at least 40 percent of their body was covered in silicone pads, says Fast Company. However, the US Military and their team of scientists proved them wrong as they found a way to make the invention work.

The team created a harness that is attached to each hand pad and connects to a footrest that supports the weight of the climber’s body and is connected to a pole. It had taken the scientists several attempts to get to this point, as many of their original attempts had failed. Eventually, they discovered that the perfect way to spread the load was using 24 tiles on each pad, with each tile the size of a postage stamp. Elliot Hawkes was one of the biometric students at Stanford University who was involved in this project. He was chosen to test the technology. The young researcher, who weighs around 11 stone, was able to climb a 3.5-meter tall vertical glass wall using the pads. Biometric engineer Professor Mark Cutosky who led the research explained some of the challenges they faced in developing this technology. He says that previous attempts to create a climbing suit bypassed the basic ergonomic issues. Humans differ from the animals that inspired the suits because they have greater strength in their legs than their arms.

Knowledge of the human anatomy allowed the researchers to think about the best way of adapting a climbing suit that would make the most of human capabilities. This meant they needed to create a design that used the hands for attaching but put some of the load on the legs. The use of a harness and poles allowed them to achieve this. This technology was developed as part of the Darpa Z Man project, and the aim was to help soldiers scale obstacles and buildings easily. The pads they use are adhesive rather than sticky, and this means that soldiers could use them repeatedly. This stage of developing a climbing suit was completed in 2014, so what has happened since? According to We Are the Mighty the Darpa Z Man project is still ongoing to perfect the climbing suit. The team have made several adaptations to the climbing suit and are constantly testing it in different ways. For example, military personnel usually carry heavy loads with them, so they have tested their technology with the climber carrying heavy loads as this is more realistic to the situations in which they would use the technology. It was important to discover whether this technology could sustain the additional weight or not.

Where Are Climbing Suits at Now?

So far, the results of all the experiments are positive, so there is a real possibility of this technology being used by the military in the future. While a Spider-Man style climbing suit is not something available on the general market, there are products available that use the same theory and inspiration that the public can buy. These come in the form of gecko gloves. However, it is important to note that gecko gloves alone will not hold the weight of a human on a vertical surface. So far, these have helped climbers who are climbing surfaces that are almost vertical and have a slightly rough surface, rather than completely vertical and smooth surfaces. In most cases, there is no need for the general public to climb anything more challenging than this and the technology is more suited for specific military purposes. Therefore, there is still more research needed before the use of climbing suits that can cover great vertical heights over smooth surfaces is possible. The scientists involved in the research have made great progress in this field and have greatly developed their understanding of what is required. One of the best things about this technology is that it requires no power sources, just an understanding of nature and physics. This should mean that there are exciting things to look forward to in the world of climbing suits in the future.

A Closer Look at the 351-Foot Sailing Yacht “Project Sonata”

The 10 Best State Parks to Visit in Florida

A Closer Look at The 2022 Lucid Air Dream Edition

The 10 Best Reading Chairs to Relax In