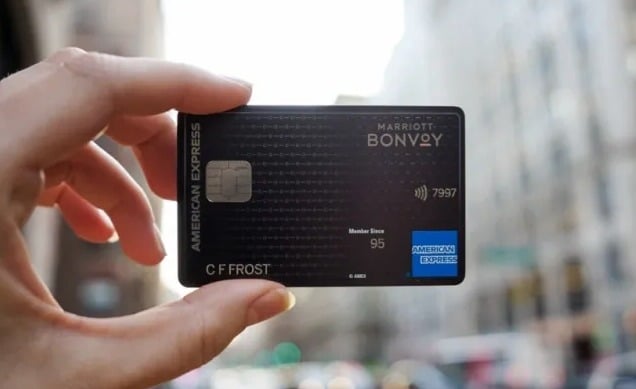 How would you like to gather up 100,000 points by signing up for a new credit card? Currently there are seven cards that offer this reward, albeit with some conditions that may not be to your liking. Of the seven cards presented in this article, three are offered from the Marriott hotel chain, three from Hilton, and one from IHG (International Hotels Group). Most come with the American Express card brand, which may in itself present a few problems for those eager to get their hands on the 100,000 points.

First there is Marriott which has the Bonvoy Brilliant card, the Bonvoy Boundless card, and the Bonvoy Business card. Bonvoy is obviously a marketer’s concept of bon voyage applied to getting people to sign up for a new membership card.

The first thing you need to know is you need to act fast to take advantage of any of these offers. The Brilliant and Business card offers expire on April 24, while the Boundless card is extended out a bit to May 2. After that you lose the opportunity to pick up a cool 100k bonus points.

Another thing these three brands have in common is you need to spend a minimum of $5,000 in the first three months after having the card to qualify for the bonus points. Not only do you need to have a minimum credit limit of $5,000 when you get the card (right?) you need to find $5,000 worth of merchandise to buy over the next 90 days. That comes out to an average of roughly $1,667 a month.

The Business version of the Bonvoy card differs from its cousin cards as its annual fee is only $95 while to get the Brilliant or Boundless card you will have to be willing to accept a $450 annual fee. It would seem that the criteria for getting the Business card are more stringent than the non-business types. But if you’re going to spend $450 a year for a card you need to use every single benefit available to get your money’s worth.

One of these companies mimicked the other, as Hilton also has three cards – the Ascend, the Aspire, and the Business version of their 100,000+ point rewards cards. But unlike the Marriott cards there is no immediate rush to take advantage of the 125k point offers as there has not been a deadline to apply for the card. You read that correctly. Hilton’s offer ups the ante to 125,000 bonus points for new members (150,000 for the Aspire card).

But with the absence of a deadline comes a major difference when it comes to at what point you qualify to collect the 125,000 points. Ascend requires you spend $2,000 within the first three months of having the card, while the Aspire bumps that number up to $3,000 and the Business version peaks at $4,000. So your new credit limit does not have to hit the lofty $5,000 initial limit, giving you some extra freedom to choose what card works best for you.

As for annual fees, only the Aspire car matches the $450 fee charged by Marriott. The other two cards stabilize at just $95 a year. The Aspire card comes with an automatic Diamond status, while the Ascend and Business versions start you off at a Gold status member.

Benefits-wise, all three cards give you 12x points at Hilton hotel stays and purchases, and 3x points on everything else with the exception of:

Your point benefits are 10x points when spending your dollars at an IHG property such as a Holiday Inn or Holiday Inn Express, 2x points for restaurants, gas stations, and supermarkets, and 1x for all other purchases. This is not as flashy as the Marriott or Hilton choices but if you are an IHG loyalist it can be better than either of the other programs. There is an $89 annual fee attached to the card, but if you maximize the use of the program’s benefits you will get that back – and then some.

These are three very different groups of rewards cards that are for regular and business travelers who have yet to put a hotel loyalty card in their wallet. You have to review your annual expense reports to discover which of these cards best suits your needs – and your wallet. Unless you can justify paying $450 a year for a rewards card you are likely far better off by choosing one of the under $100 options.