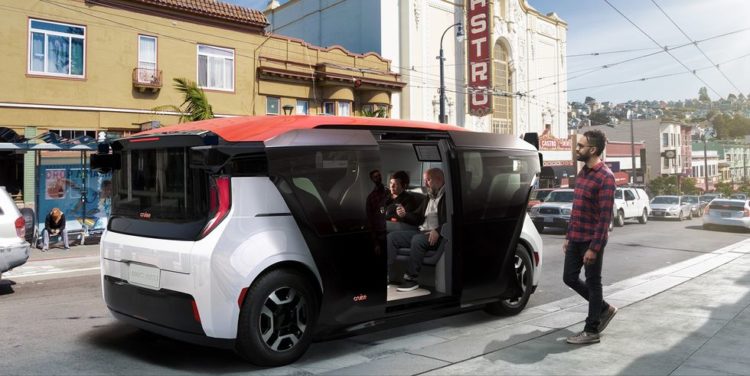 When William Durant first opened the doors of General Motors back in September of 1908, it’s highly doubtful that he was sitting on the edge of his seat waiting for the day they would make their most life-changing automobile. As a matter of fact, he probably hadn’t even considered the thought that GM would be a ground-breaking force behind one of the most state-of-the-art cars to come, or that it would be the thing of dreams and science fiction books. It is much more probable that the time he did have was used focusing on what the next best thing to do for his new company would be.

Well, more than 111 years have passed since that day, and the time has actually come. The vehicles of yesterday are quickly fading into the past, and transportation has taken its place that most of us never dreamed imaginable twenty years ago. The fact of the matter is, whether we could imagine it or not, it has arrived…it is really here. And all the thanks can be given to General Motors.

In January the company introduced its latest vehicle to a public that was a bit more prepared to handle the news than the public of the past. The Cruise Origin by General Motors is the first autonomous vehicle (it’s driverless!) to be sold and used, meaning that GM has broken ground that many have been waiting decades for. That’s right, it has no driver; it’s completely autonomous. There is no steering wheel to spin and turn. There are no pedals she push and let up on. The car will drive itself. Bus-catchers, cab-takers, and carpoolers alike are beside themselves. Indeed, it seems that the future is finally here at last; the Jetsons are no longer the trendsetters when it comes to cars.

So, we thought we would take this opportunity to enlighten our readers about the new and unusual Cruise Origin. Of course, as you may have guessed, the best way to do that is by means of one of our ’10 Things’ lists, so we got busy right away. The results are below, in a compilation of ten random facts about the new vehicle that are little-known or completely unknown to the public. Whether you’ve already read or heard the latest about this ride, or you are just now stepping into the technological light of the situation, you should be able to pick up some solid, factual information here. Get comfortable, Faithful Reader, and discover what all the ado is about.

Technically, Cruise Automation, LLC is a start-up company belonging to General Motors; it is commonly referred to simply as ‘Cruise’. Based in San Francisco, the company’s main focus is the design, manufacture, and sales of the automated automobile. Dan Kan and Kyle Vogt founded Cruise in 2013 with the mission of testing and developing vehicles which are considered autonomous, or self-driving.

2. What Is the Cruise Origin

The Origin is the an all-electric self-driving vehicle, and it is the first of its kind that will actually be used to transport people from one place to another. It is not a car, but it is surely the predecessor of self-driving cars, and the announcement of its manufacture and use pretty much guarantees that all-electric vehicles will come to exist very, very soon. GM states that the Origin is actually a part of its campaign to build accident-free, fatality-free vehicles, which they are constantly working on and aiming for. The vehicle will actually be a shuttle, and it will be part of a fleet of the same kind of vehicles used to transport people. The shuttle was unveiled in San Francisco on January 21, and it has no gas pedal or steering wheel in it at all.

Honda Motor Company is also in on the action. In fact, they have been working with GM for some time on this project, and have invested their money into it as well. Honda does have a minority stake in the entire Cruise Automation company, not just the shuttle. They also played a major role in the development of the vehicle. 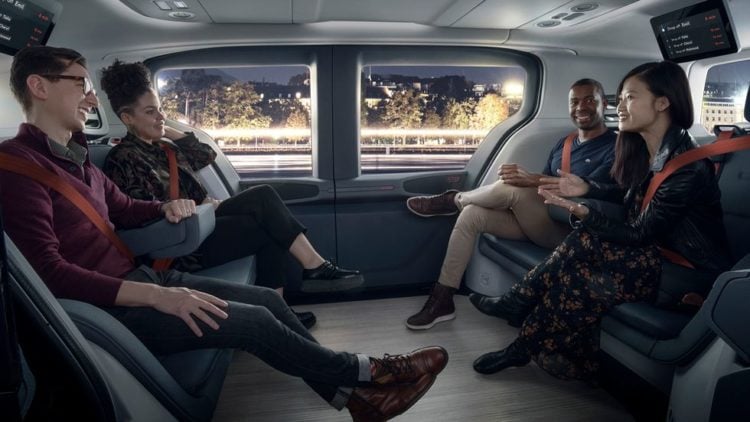 4. What About the Size of the Shuttle?

The Origin is said to have a wheel-base that is just about the size of the Honda CRV. It will seat six adults, according to CNBC. Since it will be intended for use in ride-sharing, shuttle will likely not have much cargo space, though some is anticipated. From the sounds of it, the Origin will mostly cater to those in the workforce, such as carpoolers and the like.

5. Will It Be Made In America?

The shuttle will be manufactured at the Detroit-Hamtramck plant belonging to GM and Cruise, and they say that 20 of the electric vehicles will be produced there by 2023. At the end of the month of February, that particular location will stop the manufacture of the Cadillac CT6 and the Chevy Impala, after which retooling will take place in preparation for the manufacture of the new shuttles. So, the answer is YES, the Origin will be made in America.

6. Where Was the Unveiling of the Origin Held At?

Just south of San Francisco sits a car lot…a Honda dealership, to be exact. On Tuesday, the 21st of January, Cruise, the automation sector of GM, introduced the Origin to the public. During the event, the CEO of GM, Dan Ammann, stated that the ridesharing vehicle is, for the most part, a production car, and he let those in attendance know that the time when production on the Origin would begin would be announced. The place of manufacture was announced as well.

7. Good For Those Involved?

Most of us can’t even begin to comprehend what a project like this entails, the money spent on manufacturing and other related costs, or the hours spend on collaborative efforts between the companies involved. Most of us would automatically think that such high numbers, in any category, certainly means future success. After all, a penny saved, a penny earned, but on a much grander scale, right? Not necessarily. Cruise co-founder, Kyle Vogt, stated that just because the Origin is the first vehicle of its kind to be manufactured for actual use doesn’t mean that the vehicle/project itself will be a success. According to USA Today, he went on to say, ‘There are pros and cons to being the first mover on this. Our plan is to keep investing on the self-driving software side of things to the point where that becomes the thing that really makes a difference to the experience’. Like any other business venture, it sounds like a hit or miss type deal. But with the electric transportation industry growing so much, and coupling it with another growing industry, self-driving vehicles, sounds like it will work out very well in the end for those involved.

Another thing discussed at the unveiling was a small device that happened to be attached to the front of the Origin. According to Vogt, the device is packed with sensors, and has the capability of scanning the area around the front, and to the front/sides of the shuttle; the device is able to track anything that may be in the shuttle’s path, including animals, people, bicycles, and motorcycles. This device also supports GM’s ongoing goal to eventually become 100% safe and accident free.

9. A Conversation on Car Sickness

The Cruise Origin, which has also been referred to as ‘robotaxi’ and ‘pod car’, was apparently being discussed in depth when it came to whether or not passengers would be prone to motion sickness. According to MotorTrend, the subject was approached consistently by the design team, who voiced concerns due to the fact that the six-seat shuttle had one row of seats facing the front and another row facing the rear (the two rows of three seats face each other). Of course, as many of us know, the rear-facing seats had the potential to cause motion sickness. As a result, the design team wound up giving a lot of attention to the smoothness of the actual ride, particularly when it came to starting and stopping the shuttle. Apparently, the smoothness of the ride, or lack thereof, is what contributes to motion sickness.

While some may envision this more-than-futuristic-looking vehicle as possibly coming equipped with nothing short of a full entertainment center and living room-style seating, the fact is that it’s fairly basic. As we said, two rows of three seats face each other for passengers. But what about music…or television/movies? MotorTrend also elaborated on the interior by saying that there will be a couple of smaller screens situated at either end of the shuttle. The screens will greet passengers, announce the stops as they come, announce the next stop, ask passengers to buckle up, and so on. Unfortunately for screened media lovers, there will be no infotainment screens on the shuttles, and this is partially due to statistics saying that most individuals would rather enjoy infotainment in their own vehicles.

Do you feel like you just fell out of an Arnold Schwarzenegger movie yet? If not, the first time you have the opportunity to ride a Cruise Origin shuttle you might. But from what we can tell, the most futuristic thing about the ride, except for its modern (or futuristic) appearance, is the fact that the thing actually drives itself. It keeps passengers safe with camera technology that we are all familiar with, and the greeting screens are actually already found in most city buses. It may be a bit creepy, knowing that you are the passenger of a non-entity, but if the thing gets people where they need to go, we doubt they’ll put up much stink when it comes to the rest. With that, enjoy your travels the way they are for now, because it’s not going to last. Be safe, and be sure to keep your feet in today, even if you are gazing at tomorrow.