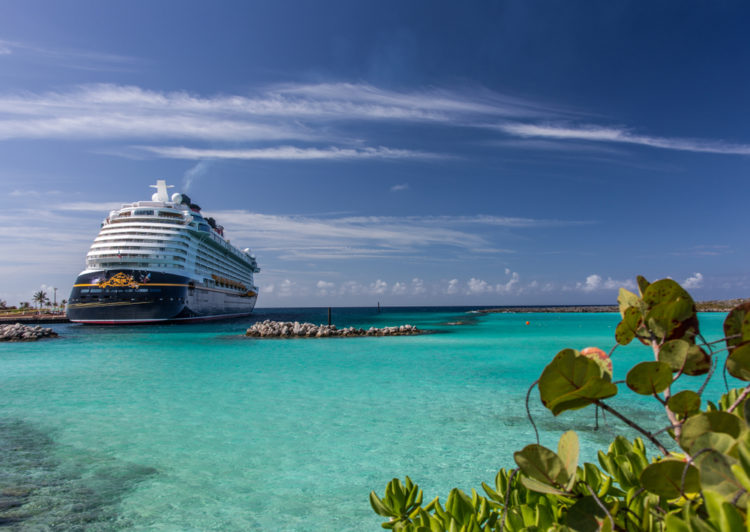 Are your kids Disney crazy? Or maybe it’s you that can’t get enough of Mickey and Minnie? Either way, Disney Wish offers a spectacular seafaring adventure that’s guaranteed to leave you with some very special memories. The latest Disney cruise ship promises a theatrical dining experience with your favorite Frozen and Marvel characters, a first-of-its-kind Star Wars space hopping experience, the world’s first Disney-at-sea attraction, and a smorgasbord of other activities and experiences to enjoy. With its maiden voyage planned for June 2022, here are 10 very good reasons you should consider cruising on Disney Wish.

10. You can watch first-run Disney movies

As you’d expect of Disney, the entertainment options on the Wish are outstanding. As well as hosting an incredibly diverse range of nightly shows (expect anything from comedy to a Disney stage show), it also shows first-run Disney, Marvel, and Star Wars movies at its opulent theatre.

9. You’ll get to visit Castaway Cay

Almost every Disney cruise out of Port Canaveral involves a stop at Castaway Cay, Disney’s privately owned Bahamas paradise that promises a day of fun-packed island adventure. According to destinationsinflorida.com, the island has private cabanas, two water play areas, a family beach, an adult-only beach, and a teens-only activity area. There’s also a cookout tent, biking trails, crab races, a pier with a bar at the end, and an all-day barbeque. If all that wasn’t enough, you can book port adventures such as kayaking, snorkeling, parasailing, or the stingray adventure.

8. It’s not just about the kids

Disney Wish isn’t just for kids. If you want to escape the noise and the excitement and enjoy some grown-up conversation for a change, you’ll find plenty of adult-only areas in which to relax. The Pal Steakhouse and Enchanté by Michelin starred Chef Arnaud Lallement will both let you enjoy a quiet meal without being pestered by the snotty-nosed brigade. There’s also plenty of bars spread across the ship where you can grab a glass of something cold and refreshing without being disturbed.

7. The dining experiences are always an adventure

As The Life Of Spicers says, the one thing you can always count on with Disney is that not only will the food be excellent, but the servers will be too. Disney operates a rotational dining system, which means that you alternate between different dining rooms with different dining experiences. The servers travel with you, so by the end of the trip, they’ll know your tastes and your favorite foods better than you do. Wish offers several different dining adventures, including Arendelle: A Frozen Dining Adventure, Disney’s first Frozen-themed theatrical dining experience; Worlds of Marvel, a Marvel cinematic dining adventure where guests can play an interactive role in the mission unfolding around them; and 1923, an elegant restaurant for the whole family that pays homage to the golden age of animation.

6. It’s perfect for all ages

If your family encompasses a bunch of different age groups, you’ll know that keeping everyone entertained is no easy task. The teenager might want to do one thing, the 7-year-old might want to do another, and the 1-year-old probably just wants to listen to nursery rhymes. Fortunately, Disney Wish caters to every age group, leaving you free to enjoy your vacation without worrying about whether everyone else is enjoying theirs. It’s a Small World Nursery, a delightful daycare inspired by the Disney attraction, lets little ones aged 6 months – 3 years old relax and play in the company of specially trained counselors and some very special Disney Friends. For tweens, there’s Edge, a bright, breezy New York City-inspired hangout with plenty of fun activities and games. Teenagers aged 14 to 17 should check out the chic Parisian loft space over at Vibe.

5. It turns kids into heroes

Does your family have a secret superhero in its midst? Find out as they put their skills to the test by training alongside some of their favorite Marvel Superheroes, including Spider-Man, Black Panther, Ant-Man, and The Wasp. All kids between 3 and 12 are invited to select their own super suit before zipping up and going into battle with some of the Marvel Universe’s most infamous baddies.

If your kid love to design and create, Disney Wish has got just the thing to stretch their imaginations. At Walt Disney Imagineering Lab, kids can tap into the creative side and create their very own Disney attraction. Once they’ve finished perfecting their creation, they can climb into a specially designed capsule and actually test it out. If your kid’s the kind of child who’s more interested in the explanation behind the magic than the mystery, they’ll love taking a peep behind the scenes to find out how Disney rides get their start.

3. It’s got the world’s first Disney attraction at sea

Disney Wish is home to the first-ever Disney attraction at sea, AquaMouse. It’s got show scenes, special effects, lighting, and a bunch of surprises for guests to discover as they zig-zag their way through 760 feet of winding tubes. That’s not the only watery fun to be had: there’s also six pools spread across various decks, and a Toy Story-themed area for little ones complete with a wading pool, a splash zone, a family waterslide, and a smoothie bar,

2. It’s got a treat in store for Star Wars fans

If either you or your significant other is a huge Star Wars fan, Disney Wish has got a huge treat in store. For the first time ever, Disney is treating its guests to a space hopping tour of the Star Wars galaxy at the immersive adult-only bar, Star Wars: Hyperspace Lounge. According to starwars.com, it’s a bit like taking a party ship through the galaxy. You’ll jump through different locations (just a few of the destinations you can look forward to visiting include Tatooine, Batuu, Mustafar, and Endor), different time periods, and sample some of the hottest drinks from the different planets. Star Wars-themed spaces aren’t new to Disney, but this is the first time adults get to have as much fun in them as kids.

1. The accommodation is amazing

No matter how great the food, how awesome the entertainment, and how many of your favorite Disney characters you get to meet, you’re not going to have a good time if the accommodation is dirty, dingy, and uncomfortable. Fortunately, it’s the opposite of all those things. As autonomoussites.com writes, every room onboard Disney Wish offers ample room, plenty of storage, and a score of upscale amenities. Most of the ship’s 1,254 staterooms offer ocean views, and the majority also boast spacious verandahs. If you want to push the boat out, upgrade to one of the four royal suites, which are the ultimate in five-star luxury.