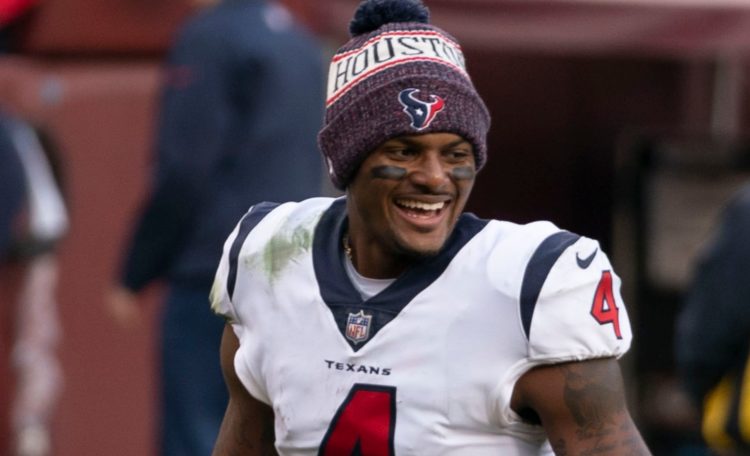 The theme of the 2019-2020 NFL postseason is ushering in a “new era of quarterbacks”. This year will feature guys like Deshaun Watson, Lamar Jackson, Patrick Mahomes and Jimmy Garoppolo. If your an NFL fan (which most are) you’re use to seeing the names Brady, Brees, Manning and Rodgers in the playoffs. It’s not completely over as Rodgers and Wilson are back in the show, but let’s face it – all the attention is on the young guns trying to make a run at a Super Bowl. One of the names that is standing out particularly after the Wild Card round is former Clemson star Deshaun Watson. Why? Only because of the simple fact he put the Houston Texans on his back and won them a first round playoff game in against the Bills.

With 4:18 left in the first overtime the Houston Texans had the ball 3rd and 18 on their own 19-yard line. It had been tough sledding all day, but the Texans were surviving thanks to #4. Not only did Watson find a way to complete an 18-yard gainer to Duke Johnson, he then executed the next couple of plays (including a 34-yard completion to Taiwan Jones) that allowed Ka’imi Fairbairn to kick the game-winning field goal. Watson was heroic on the final overtime drive. He was taking hits, dodging blitzes and literally sacrificing himself to make completions, but that’s how he’s been all season. Let us not forget that earlier in the game Watson broke free for a 20-yard run and carried defenders into the end zone to give the Texans a lead. Moments later he dove for the end zone pylon to complete a two-point conversion. When not much was going right for the Texans against a very good Buffalo Bills defense, Deshaun put the team on his back and won the game.

Three-time Super Bowl winner and 2015 Hall of Fame inductee Ron Wolf said this of Watson. “He’s a winner. You can rely on him because it’s not over until it’s really over. I think that’s a marvelous trait he possesses.” This has to be one of the best things you can say about a quarterback and leader of a team. The praise is abundant for Watson and by all accounts he’s accomplishing things without a great supporting cast, which may include a 2019-2020 Super Bowl run. Let’s not forget, he does have DeAndre Hopkins, who is a top wide receiver in the league, but he does not have a quality tight end, his number two receiver, Will Fuller, is always hurt and he’s had a different running back almost every season due to injury or lack of production. As Wolf said, he’s a winner and he’s winning games for the Houston Texans. His fellow draft-classmate Patrick Mahomes is often put in conversation with Watson. However, what’s always said is Mahomes had time to learn under Alex Smith, has Andy Reid (who is an offensive-minded coach) and a ton of weapons. While both guys are destine to receive contracts north of $150 million very soon, Watson is clearly separating himself because of that innate ability to find ways to win.

Drafted #12 overall in 2017, the Houston Texans quarterback received a standard 4-year, $13.8 million contract. Just for comparison, Chicago Bears quarterback Mitchell Trubisky (who isn’t in the same league as Watson) was drafted #2 and received a 4-year, $29 million contract. The aforementioned Mahomes was drafted #10 and got 4-years for $16 million. If you consider everything, for our money we’re taking Watson here vs. the other three. Let’s preface this next bit with the fact that, yes, Watson is going to get paid after next season and he’s going to get paid handsomely. However, at the moment he, Patrick Mahomes and Lamar Jackson are arguably the biggest bargains in the NFL. We’re all aware of the huge contracts Russell Wilson, Aaron Rodgers, Matt Ryan and Kirk Cousins are sitting on. What you’re probably not aware of is that Joe Flacco, Sam Darnold, Case Keenum, Teddy Bridgewater, Tyrod Taylor and Chase Daniel get paid more than the Watson, Jackson and Mahomes. Again, that’ll change soon, but it’s worth mentioning at this moment to illustrate that Texans are riding a bargain right now.

When you look across the quarterback statistics for the 2019 NFL regular season Deshaun doesn’t jump off page like Lamar Jackson. He’s outside the top-10 in yards (one fewer game than most) and 8th in touchdown passes. He did, however, have 7 rushing touchdowns which is second among quarterbacks and the same as Jackson. His numbers are very good, they aren’t elite, but very good when compared to his peers. Once again, we have to consider everything and that includes he was one of the most sacked QBs in the league (see offensive line), doesn’t have a quality tight end, didn’t have his #1 running back and his receiving corps was hurt all year. Off the field is where we see Watson as more than just a star quarterback in the making. He’s a fan favorite that does his part in helping others. Do you remember during Watson’s rookie season when he split up his game check and gave it to three cafeteria workers who lost everything to Hurricane Harvey? This is why Watson is truly a bargain for the Texans. There are dollars and sense, but then there’s that innate quality we spoke of being a leader and a valuable asset to the community. His statistics are great to start his carerr, but his greatness will extend much further beyond football before it’s all said and done.

Deshaun Watson is a bargain on his rookie contract. He has become the face of the Houston Texans and as Ron Wolf said has shown he has that “winner” quality in him. Much of the narrative this year will be about the changing of the guard in playoff quarterbacks and if it’s now in the hands of guys like Watson, Lamar Jackson, Mahomes etc. we as viewers will be in good shape.