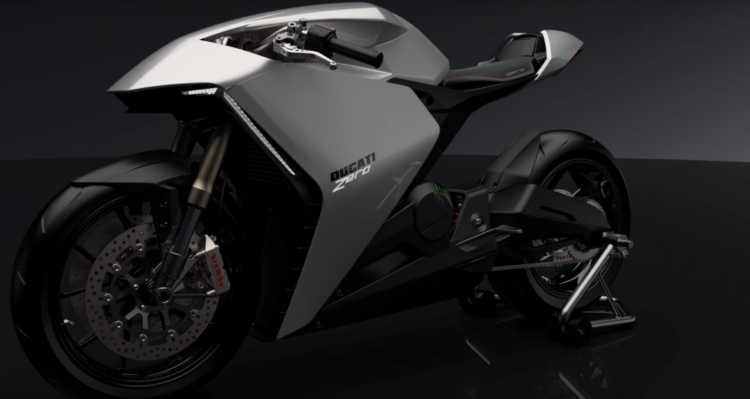 Ducati isn’t the sole motorcycle manufacturer of note to have become interested in the electric motorcycle market. For proof, look no further than both Kawasaki and Harley-Davidson, both of which have shown interest in such products as well. Never mind the upstarts that have been carving out their own positions in said market. As for why electric motorcycles have been becoming more and more popular, well, that has been fueled by a number of trends. However, it is unclear which ones are having the greatest impact on Ducati in particular.

For starters, there is a clear market for electric motorcycles. In short, the need for environmentalism is becoming clearer and clearer, which in turn, means that more environmentally-friendly products are becoming more and more popular with the consumers out there. Partly, this is because of ethical reasons, and partly, this is because of practical concerns as well. After all, environmentalism puts a huge emphasis on reducing consumption of scarce resources, which often translates into cost savings for interested individuals.

Electric motorcycles are not exempt from these trends. For example, there are various parties that are interested in electric because they see it as the future of motorcycles. No one can predict peak oil until it comes, but there can be no doubt about the fact that fossil fuels are limited resources, meaning that there will come a time when they become less and less economical as an option. As such, it makes sense for interested parties to start looking at the most viable replacement, which at the moment, looks like electric power. In turn, there is an existing base of consumers for electric-powered vehicles, meaning that there is a receptive market for such products. Moreover, said base has the potential to include segments of consumers that lie outside of the traditional makeup for the consumer base for motorcycles, meaning that there is the potential for motorcycle manufacturers to tap into new markets as well. As for the electric motorcycles themselves, their benefits are going to range from bike to bike, but it isn’t uncommon to hear stories about factors such as their much quieter operations, which can be an important selling point for some individuals out there.

With that said, there are some publications such Driving that have speculated about whether Ducati might be motivated by its reputation for being a builder of racing machines as well as their street-legal equivalents rather than a sense of environmentalism. After all, electric motorcycle racing is already a thing, as shown by the back and forth between Lightning and Kawasaki a while ago. So far, Ducati has been sitting the whole thing out, but with its new electric motorcycle, it would be very surprising if that state of things continued far into the future.

Regardless, there is very little information that has been released about Ducati’s electric motorcycle so far. As a result, interested individuals will have to wait for the Italian brand to make further announcements before further speculation can be ventured. However, this is clearly another step in the continuing progress of the electric motorcycle market. There might have been a time when said market was confined to the fringe of things, but the increasing acceptance from top name motorcycle manufacturers suggests that it is making good progress at carving out a place for itself. No doubt it will be fascinating to see how the increased competition affects their development in the times to come.