Home
Entertainment
Here Are The Most Expensive Funko Pop Figures Ever 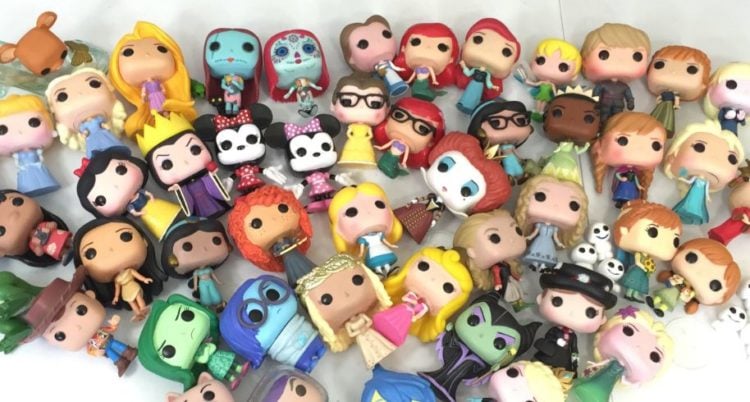 Anyone who is into pop culture probably recognizes these little guys, the Funko Pop collection. These little vinyl collectible creations hit the market and really took off in popularity, just like many other figurines and collectible dolls that have ever been created and produced. Funko is a toy company that started off designing Bobbleheads in 1998, and eventually the merged into other toys and figurines. The Funko Pop vinyl figurines are a collection of action heroes and other famous characters, such as Woody, from Toy Story, Minnie Mouse, Dracula, and many others. Today they are worth quite a bit of money, and some of them, in the thousands. Whenever the Comic Con in San Diego takes place, some of the characters that are produced in smaller quantities sell out right away, like the Glow in the Dark, DC Universe Green Lantern released in 2010, and they are now virtually impossible to get hold of. Here is a list of ten of the most expensive Funko Pop figurines of all time. 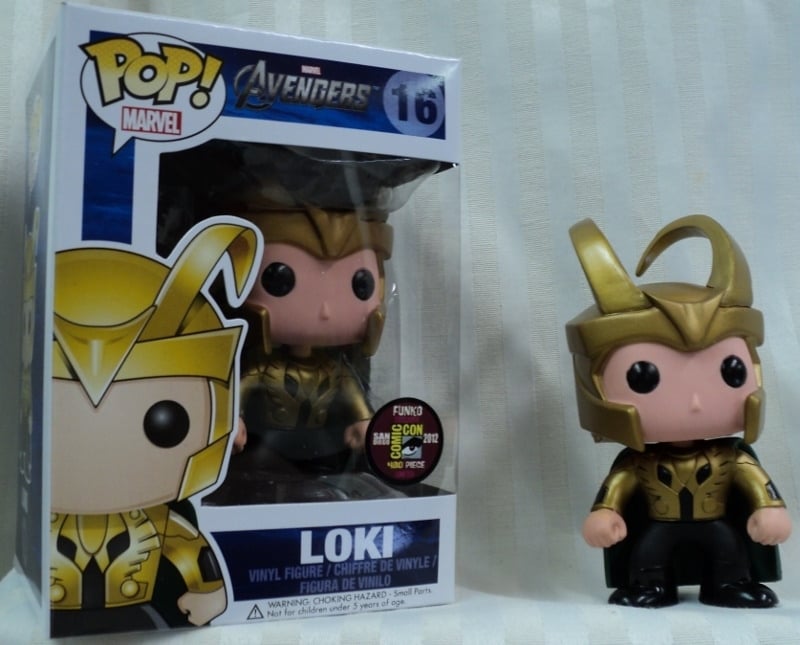 If you are a Marvel fan, then you know Loki is one of the most popular characters in Thor and in the Marvel Universe, so when Funko released the Gold Loki bobblehead at the Comic Con in San Diego in 2012, the 480 units that were made practically flew off the shelf. The character was designed in his usual Gold Loki cloak and shield, and wearing a gold helmet. Today, if you want to add this Pop to your collection, you’ll pay somewhere around $750-$800 for him. 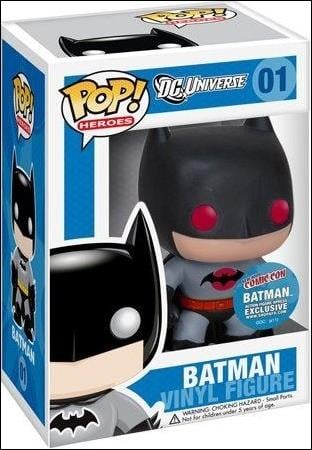 For Batman paraphernalia collectors, the Funko Pop Batman might be one that you want to add to your collection. It was released at the Comic Con in San Diego in 2011 and soon became a very desirable Funko Pop bobblehead. The vinyl figurine is dressed in his normal Batman garb and cape, and sports a red and black Batman logo on his chest, red belt and red gleaming eyes. With 480 units of the Batman made, you can imagine that this was a quick sell-out, which makes it worth more than many others. The asking price of the Batman Pop is $780-$800. 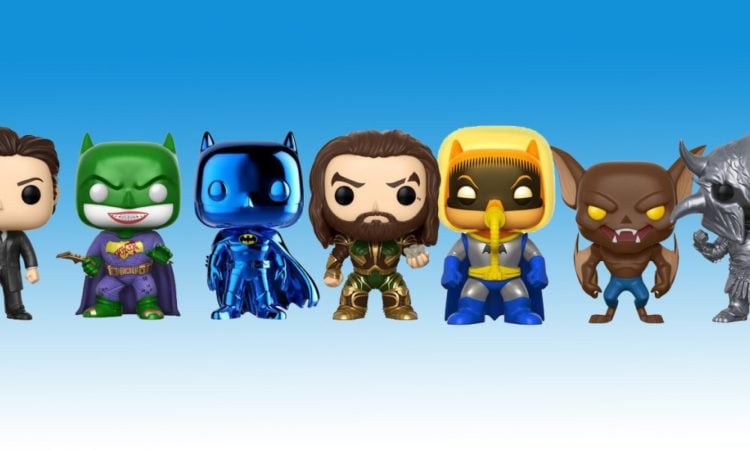 Batman doesn’t always wear gray and black. Sometimes he wears all blue, and is metallic, especially if he the Metallic Blue Batman from Funko Pop. This Batman bobblehead is all shiny and very blue, all except his Batman logo on his chest which boasts the yellow symbol with the black bat in the center. He’s one of the coolest looking Pops and was released in 2010, with just 480 pieces being made. He goes for about $800-$900, if you can locate one for your collection. 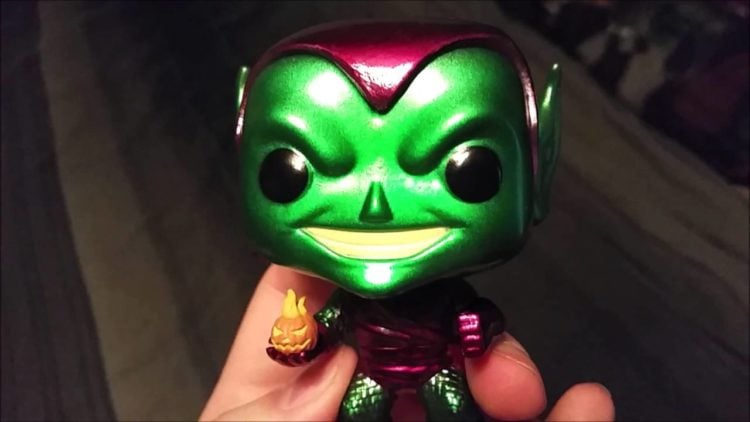 Green Lantern in a whole new light, he’s metallic in this version and he’s very expensive. This version of the Pop figurine, Green Lantern was released in 2009, and it is considered rare due to the fact that it is a chase version, meaning that it is a short-boxed figure per case, and because of this, the price has soared over recent years. It is now getting $900-1000 per character. He is a very sleek looking bobblehead, holding a fiery Jack-O-Lantern in his hand and displaying a sinister look on his face. 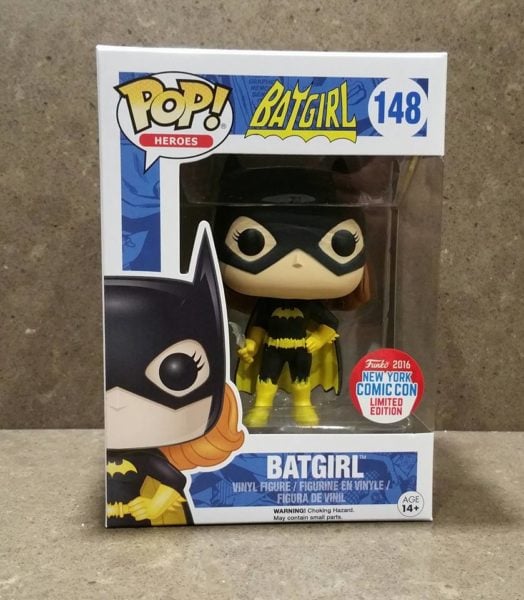 The DC Universe Batgirl Black Suit Pop bobblehead, was released in 2010, and there is a high asking price for this one if you are able to get your hands on one. She’s fun, funky looking and very stylish in her Batgirl costume and overall look. Her bright yellow and black garb is brilliant, with matching gloves and boots. These vinyl bobbleheads are selling for about $1100-$1200 today, making them one of the most pricey Funko Pops on the market today. 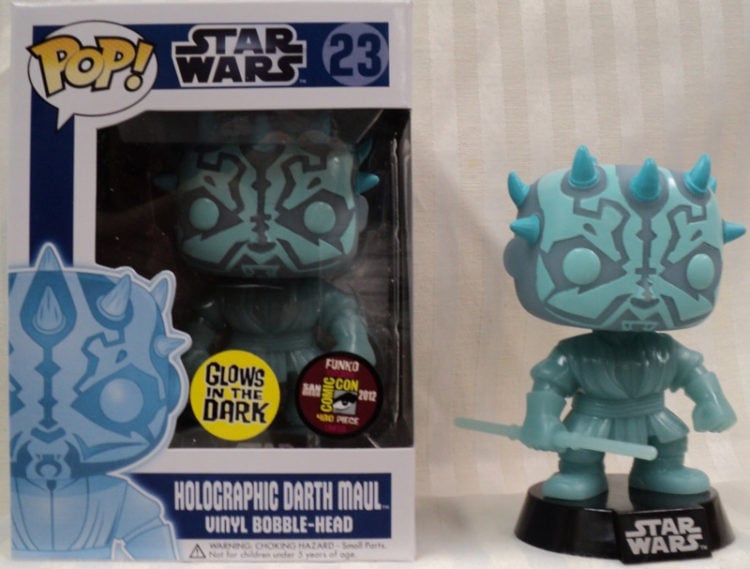 The evil villain, Darth Maul from Star Wars, is a holographic version in the Funko Pop lineup and only 480 units were made of this character. He was created standing in an aggressive stance holding his light saber and for an added feature of this bobblehead, he glows in the dark, making him more eerie and interesting. This version of the sinister Darth Maul is selling for about $1200-$1300 compared to just the regular version that does not glow, which is said to only be selling for about $10. 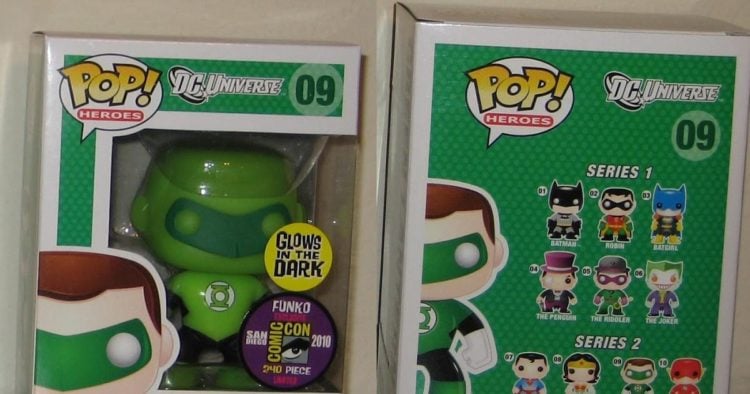 The DC Universe Green Lantern Glow Funko Pop comes in a clam shell box, and as the name suggests, it glows in the dark. Only 480 units were produced, of this particular model and it sold out very quickly at the San Diego Comic Con where it was released in 2010. It was a huge hit among collectors and today, it is very hard to come by, which is why you will have to pay big bucks to own one, if you’re lucky enough to find one. It is going for between $1200-$1300. 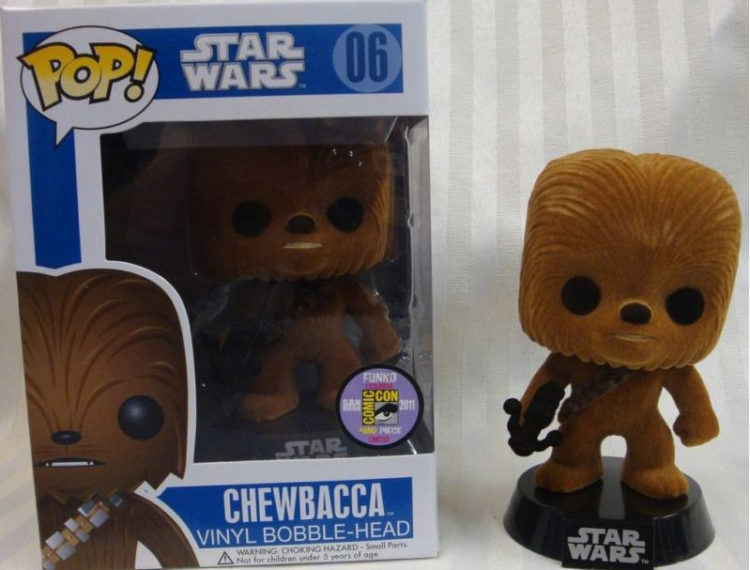 Chewbacca has always been, and will always be one of the most popular characters of the Star Wars movie series. You have to have a Chewbacca in your Funko Pop collection, and if you want one, this bobblehead will cost you about $1400-$1500, if you’re able to get your hands on one. That being said, only one version of the Chewbacca vinyl Bobblehead is really worth any money and it is the number six. This particular version was released at the 2010 Comic Con in 2010 and is going for $1400-$1500 each, while the others are selling for regular prices. 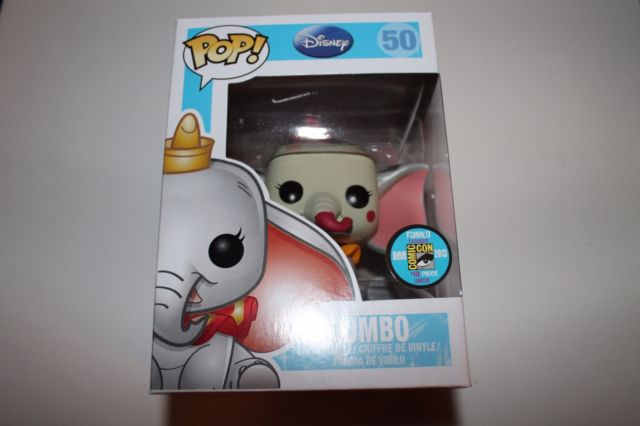 Another major craze in pop culture, is anything Disney. Most everyone is familiar with the most famous elephant ever, Dumbo, and when this adorable little elephant in bobblehead form, hit the shelves at the Comic Con in 2013, the cute little elephant who is wearing clown paint on his face, went like crazy. Everyone who loves Disney and is also a Funko Pop fan, got the best of both worlds with this one. For about $1500-$1600, you can add this one to your collection, if you can find one. 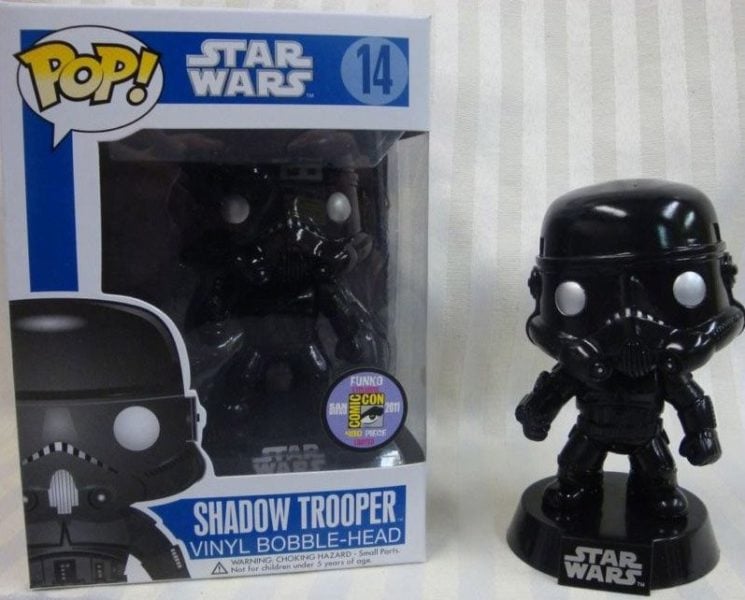 Everyone loves a Storm Trooper, and here you have the villain Storm Trooper, the Shadow Trooper, all decked out in solid pitch black, and donning a tough and angry expression. It was released at the Comic Con in 2011 and only 480 pieces were released at the time. Being that Star Wars continues to be one of the biggest movies in history, and collectibles are part of pop culture for the phenomenon, which is partly why this Funko Pop flew off the shelves right away, and now, if you want one and can get hold of one, you will have to pay $1800-$1900 for it.