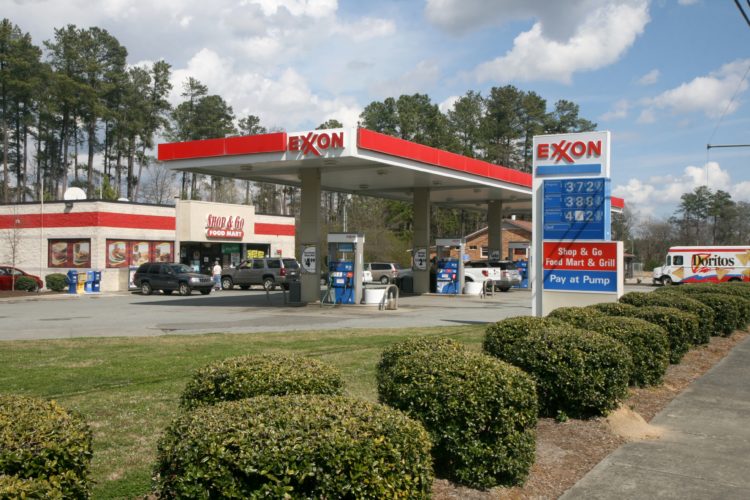 ExxonMobil was the product of one of the biggest mergers in recent history. In 1999, Exxon and Mobil combined forces to create what is now one of the largest companies globally per consolidated revenue. The company is also considered as one of the world’s largest Big Oil companies and is currently ninth in ranking among Fortune’s Global 500 companies. It isn’t an easy feat to accomplish, but the successful oil company has been around long enough to gather enough business wisdom to propel itself into the future long term. Since ExxonMobil went public, the majority of its shareholders have been institutions. Here are a few reasons why ExxonMobil is considered by many to be a solid dividend stock.

First, ExxonMobil’s dividend yield has been on a steady increase for the last 20 years. In fact, its current yield of 4.6% is currently at a 20-year high, according to data from Seekingalpha.com. While oil and gas companies aren’t the favorites when it comes to investing at the moment, they still remain to be reliable investments. The continuous growth of companies, especially ExxonMobil, is attributable to the fact that oil and gas will always be in high demand—at least in the foreseeable future.

It’s one of the more stable investments you could put your money into. There’s a high chance that ExxonMobil will deliver impressive returns in the next few years. Because of the steady appreciation of the share price and steady high dividend yield, ExxonMobil is a solid stock for long-term dividend investors.

That’s not all. The company has plans to further its growth. We remember back in 2013; the impossible happened. Foxnews.com reported that Apple stocks were declining and what was once untouchable in the world of investing fell behind the good old oil company, Exxon. While things have changed today and ExxonMobil is currently out of the top 10 for the most valuable company globally, what happened in 2013 was just evidence that ExxonMobil is never out of the running. It always manages to stay relevant regardless of how many technological companies rise to dominate the stock industry.

It’s also good to know that the major oil company plans to add a million oil barrels in production by mid-2020. The overall goal is to have low break-even costs and high returns. With that combination, the company expects to see an incredible increase in earnings and overall cash flow, which means good news for all investors in general. In addition, the company has put quality over quantity as its primary focus in the last few years. We’ve seen this trend in other mega companies before, and it’s proven time and again to be a decent strategy for growth. The current generation of buyers is putting more emphasis and value on high-quality products and organizations. The companies that have tailored their business strategies to supply this demand for quality have found themselves on the upside when it comes to overall business growth. ExxonMobil’s plan should work positively, and investors will notice the effects by the end of the fiscal year 2020.

According to this article, ExxonMobil manages to keep its $300 billion market cap at that level because of the conservative manner that it’s conducted its business over the course of its long history. We’ve never really seen ExxonMobil take huge risks, but its endgame has always been the slow and steady churn. The company has always played the long game. While it’s been trailing on the production end slightly compared to its peers, Exxon’s plan for growth should put the company back in production contention. The drop in stock value it experienced back from 2016 to 2017 probably fueled the company’s plan for execution. Investors worried about the 6% drop, but the company is back on the rise after a few adjustments. ExxonMobil has giant projects coming, and they should keep the company afloat for a long while.

When it comes to annual dividend increases, none of ExxonMobil’s peers could touch its impressive 37-year record. While that’s usually a good sign of reliability, many investors are worried that the winning streak will have to come to a halt eventually. That may be a legitimate concern, but given ExxonMobil’s conservativeness, it’s probably safe to say that the company wouldn’t drop too far down if it did.

It’s easy to understand how ExxonMobil’s methods, history, and balance sheets show a company that any investor could love. It’s the kind of dividend stock that you’d be likely to hold on to for an extremely long time—if not as long as you live. The company continues to prepare for the future as well, which can give any investor peace of mind like no other. It’s the kind of stock you can buy and still be able to sleep well at night. All of ExxonMobil’s plans are geared for growth in the future, so that no matter what economic times come our way, the company will be prepared to handle it all. The diversified approach of the company will continue to keep it afloat, as it already has over the years.

That said, it might be a good idea to invest in such a solid dividend stock now. According to this article from Nasdaq.com, gasoline will always be “safe haven business.” The only time people decrease gasoline consumption is during a recession, and that margin is not that wide. As long as gasoline feeds our vehicles, it will be a good product to invest in. Gas companies aren’t all the same, however, so it would make sense for any investor to go in with a company that’s sound and reliable. ExxonMobil is hard to beat in the dividend game. They just know exactly how to play.