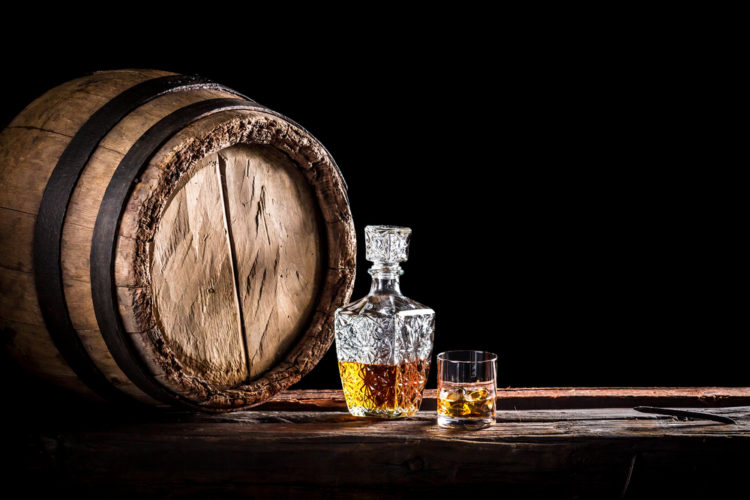 Temperatures are rising, which makes me dream of sipping cocktails or straight spirits on the rocks on my back porch watching the sun set over the Rocky Mountains. As such, I decided it was time to try out some new spirits from small batch American distilleries to see what we’d want to keep in the house for summer parties. But with so many to choose from, I decided to focus on spirits made from either unusual bases (like vodka with molasses) or in odd locations (like gin distilled in an underground cave). Here are 7 unique favorites from vodka to gin and bourbon, all made in the USA.

I did a double take when I learned that Aermoor Vodka, which is handcrafted in small batches at the state-of-the-art Hilton Head Distillery in the heart of Hilton Head Island, is distilled from fresh molasses! The result is a totally unique taste that is very smooth but at the same time crisp and with hints of sweet and soft aromas. Before reaching bottling stage Aermoor is also distilled 49 times and then proofed down with pure alkaline water that is literally sourced from the clouds. No joke, Hilton Head Distillery’s owner Joe Fenten uses an atmospheric water generator to catch these molecules. As such, the company likes to say it produces the “first and only cloud-sourced vodka.”

“The passion and driving force behind Aermoor was to create the purest and smoothest vodka in the world,” Fenten said. “Aermoor Vodka is a product of Hilton Head’s radiant environment and we’ve used the finest water source there is – water sourced directly from the atmosphere.”

The distillery also produces a number of other spirits.

Palmetto Distillery in Anderson, South Carolina pioneered the state’s legal moonshine industry as the first company to open up a lawful still. The creation of brothers Trey and Bryan Boggs, who describe themselves as “dedicated business men, southern to the bone and most importantly spirit connoisseurs.” The brand’s history is deeply rooted in the Boggs family’s heritage, going back to 1898 when Trey and Bryan’s relative Dock Boggs began making and running bootleg moonshine to support his burgeoning folk music career. Today Palmetto Distillery produces White Lightning Moonshine as well southern whiskey. The White Lightning Moonshine is made in a custom copper still from non-aged corn whiskey using a generations old family recipe. It is also available in multiple flavors including my personal favorite, strawberry, and peach, blackberry and apple pie. If you don’t live locally, Palmetto Distillery’s spirits can be purchased online from their website — which also includes fun drink recipes. Another vodka I am loving for summer is Dixie Southern Vodka by Grain and Barrel spirits as it comes in three flavors: natural, mint and black pepper, and the latter two are perfect for mixing summery cocktails. This craft vodka is distilled in Charleston, South Carolina and currently available throughout the Southeast (or it can be purchased online). It is a great cocktail vodka that is proudly American: it is distilled 6 times from non-GMO American corn and made with 100% American materials. What I love about Dixie, however, is the TerrePURE process they use to filter out any additional impurities after distillation.

Ever had gin made in an underground cave? If not, check out Pillar 136 Gin by S.D. Strong Distilling out of Parkville, Missouri, which also produces rye whiskey, bourbon, and vodka. As far as we know it is the only distillery in the world operating from 65-feet underground in a cave where temperatures and conditions never vary, which creates a super unique environment that yields high-quality flavors. The gin is named for the pillar that holds up the building its distilled in. I love the flavor, which is juniper based with hints of lime, lemon, and orange as well as licorice, cassis and other herbs. There is also a barrel aged version of this gin. The Barrel Aged Pillar 136 Gin is aged for six months in one of the company’s Straight Rye Whiskey barrels.

While not actually made in a cemetery, this gin by Virginia City Tourism Commission is called such because it comes with the motto: “Guaranteed to embalm you while you’re still breathing.” Cemetery Gin is a product made exclusively for Virginia City, which was a former frontier town with a wild west legacy where staying alive was not easy. In 1859 the mining town averaged nearly one funeral a day and even the drinking water could kill you with locals saying it was only considered safe to drink when mixed with two parts gin! Today, Frey Ranch distills and bottles a gin infused with Nevada pine nuts and lavender that is lovely for sipping or gin and tonics. The product is only available in Virginia City and at retailers through Southern Wine & Spirits.line. 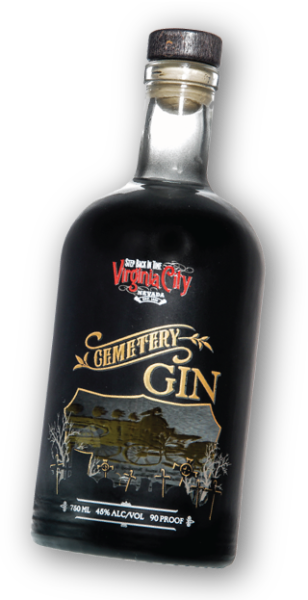 When it comes to quality American-made rum, Outer Banks Distilling in North Carolina has you covered. The distillery produces up to a half dozen small batch rums that often vary with the seasons. I am currently loving the Shipwreck Series Irma, which is a small batch barrel-aged rum that is made with different styles of molasses and sugars depending on the barrel it is being aged in. Get ready to head down the Rabbit Hole, with this Kentucky Straight Rye Whiskey by a new distillery in Louisville that’s out to modernize the  bourbon industry. The whiskey artist at the helm of Rabbit Hole Distilling is Kaveh Zamanian, who has a unique backstory of his own: he is a former psychoanalyst turned whiskey aficionado after his Louisville born wife took him down the “rabbit hole.” The Rye Whiskey has a bold taste with hints of brown sugar and spice. It is the perfect whiskey for making classic cocktails, like Old Fashioneds, with this summer.