Home
Travel
Why Does First Class Cost So Much More Than Coach?
Prev Article Next Article 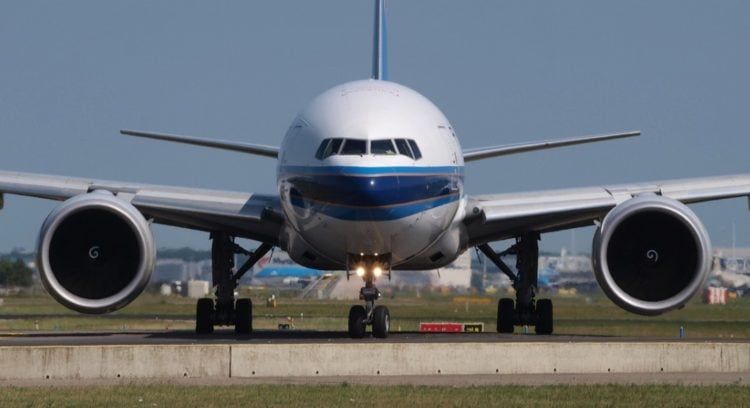 Whether you travel for work or leisure and prefer flying over driving, the one thing it will come down to is airfare. For some people, the biggest expense for a trip can be the airline tickets. And why? Because some people cannot, maybe even refuse to fly unless they are seated in first class. If you have ever flown on any airline, then there is no way you didn’t get a glimpse of the first class section because it requires walking right through it in order to get to coach, the section for the average traveler, and the majority of the plane. First class is the small section of seats at the forefront of the plane that is reserved for those who are willing to shell out the big bucks for a more lavish style of flying. There are a number of differences between first class and coach, one of them being the price between the two seating areas. Have you ever wondered why first class costs so much? Do you really know what the differences are between the two classes of flying, and their air fares? Here are some of the differences between the services people flying in first class receive, compared to those flying in coach.

Not only does first class look all the bit, first class, but it has perks and amenities that go above and beyond the traditional bag of peanuts coach customers receive during a flight. If you have been flying the skies for years, then you probably remember the days when airlines would serve a hot meal on the plane. Well, even those days are gone, and not unless you are on a very long flight, will you receive anything more than a bag of nuts while on your flight, well, and a complimentary drink. But if you want an alcoholic beverage, you’ll have to pay for it. Here are some of the perks you might see when you fly first class.

First class status also means having special access to first class airport lounges before and after flights. Plus, some airlines will even shuttle you to your connecting flight first class, in a Porsche or Mercedes. How’s that for service? So, as you see, first class has even come a long way over the years. Gone are the days when leg room was the big deal that you’d hear first class fliers bragging about. Today, first class can be quite similar to flying from New York to the UK in a first class hotel. So what does all this cost to get the royal treatment instead of sitting in the middle and back of the plane, trying to get comfortable in your leg-cramped seat, and barely reclining seat where you at least will be handed a bag of nuts and a coke sometime after take-off?

Economists keep tabs on the fluctuation in airfares, bargains, and whether or not customers are really getting deals on either types of fares and if they are worth the money. Recent research on both types of airfares reveals a pretty big swing in prices between the two when traveling both on a domestic flight, or international. Of course, domestic will not be as big of a difference, but depending on the time of day you fly, the more popular times will cost you more.

For a flight between New York, LaGuardia and San Francisco, California, you can catch a 7:00 am flight and pay $667 for coach, but will pay $1,193 if you want to fly first class.  An early evening flight at 7:00 pm reveals even higher fares for both, but also a much wider price swing. For a coach seat on the flight, you would have to shell out $927, and for first class, if you have $2,387, you can get a little pampering on your way to the sunny state.

International flights are a whole other ballgame when it comes to flight fares, and even more differences are seen between coach and first class. For instance, a flight from Heathrow, London to JFK in NY, an economy seat had an fare of $1,544, while traveling first class cost $10,735, which isn’t just a difference of a few bucks.

Is it really worth it?

The question is, even if you are typically a first class kind of flyer, you may want to ask yourself if the difference in amenities and perks is really worth the difference of thousands of dollars to fly from the U.S. across the ocean. If you don’t mind losing some elbow and leg room, having a partially reclining seat to nap in, and sharing the lavatory with hundreds of people, the economy seat will obviously keep a lot of greenbacks in your wallet. However, if having a drink before boarding in the first class lounge, grabbing a shower in the arrivals lounge before running to a meeting, or being able to get the full attention of the flight attendants during the flight is a must, then you may find that the 70% increase in fares is worth it. It’s not only a matter of one’s own personal budget, but what perks and amenities are important to them. No matter which way of flying you prefer, you can always look for the best deals for those seats so that at least you are getting the most for your money.