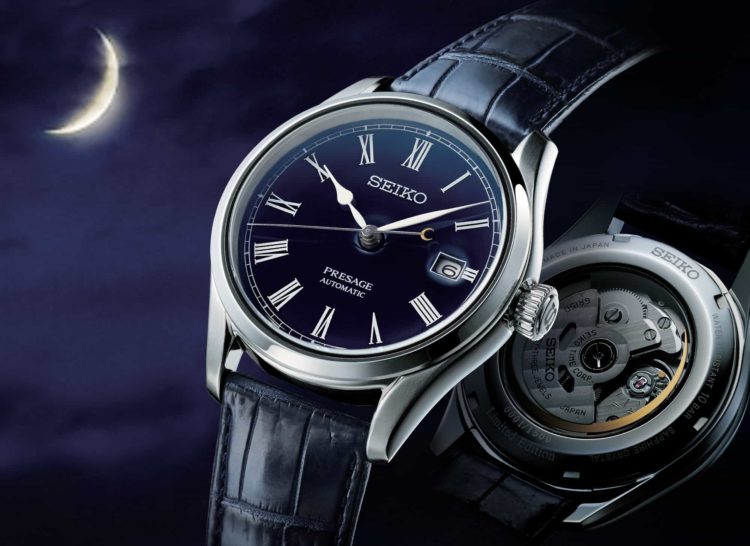 2016 was an excellent year for watch enthusiasts. It was when Seiko the Japan watch manufacturer launched its Presage collection all over the globe. These were a series of enamel dial time-pieces. It was exciting news because the models belong somewhere above affordable entry-level brands but below the Grand Seiko Collection. The company in 2017 announced its brand new Seiko’s Presage Blue Enamel Limited Edition ref. SPB069 which is a beauty to behold. Manufactures made it so that only 1500 watch lovers will be able to get their hands on the product. It features a fired enamel dial that appears in a majestic midnight blue color. It was inspired by the color of the sky at night and Japanese tradition that showcases their love for the moon. Valuable details to know about the timepiece includes:

Mitsuru Yokozawa is the Man behind the Blue Enamel Dials

He is a master enamel craftsman who started working on these dials in 1971. Together with his team, they put in an effort to create perfection in this aspect. The experts pioneered a process in which the brand would be in a position to produce the dials at a scale without compromising on quality. It is one of the factors that allows makes to offer the products at a cost-effective price.

The process the team uses is similar to the grand fey fashion that is present on top of the range world-class Swiss watches. Experts carefully apply enamel glaze on the dial before firing it in a kiln. The result is usually an exceptional blue dial that is capable of changing its color depending on the light.

Mitsuru supervises the creation of each of the dials because his expertise and experience are crucial in the process. The primary reason behind this is that viscosity of blue enamel is more significant when one compares it to the white version. It contributes to making the already more laborious and precise task more challenging. Results are, however, remarkable, as it presents a striking rich blue that the market will fall in love with.

Hour and Second Hands Have Elements of the Night Sky

The color of this exceptional timepiece is no doubt a representation of how the sky appears during nightfall. To further this, producers of Seiko’s Presage Blue Enamel Limited Edition ref. SPB069 also include crescent-shaped counterbalance present on the seconds’ hands. It makes the second’s hands appear as though they were sweeping across the sky at night which is attractive and appealing. Grained metallic gold is highlighted in here to make the shape more prominent.

Worth noting is that the tips of the hands also appear to be curved something that is done by a professional. As a means of lifting the hour markers from the dial, Seiko painted them ten times more an aspect that also gives the watch incredible depth. The classic design of large white Roman numerals exudes class and power. These are a reflection of the first pocket watch from Seiko which they called “Time Keeper” in 1895. This product also boasts of stop-seconds that pave the way for more precise time-setting.

One of the things that make the watch to have a gorgeous look is the stainless steel case that also presents uniquely polished surfaces. This has 12.4 mm thickness and measures 40.5 mm wide. Its specs are something to write home about with double domed sapphire that reduces distortion.

The watch is suitable for everyday wear as it is also water resistance of up to 100m. Furthermore, it also sports an open case back that gives owners a clear view of the 6R15 Caliber from the manufacturers. Crocodile straps compliment the look of the watch which also has three-fold clasps which come with a push button for release.

Seiko’s Presage Blue Enamel Limited Edition ref. SPB069 is a workhorse that combines the best of fine watchmaking and Japanese craftsmanship. The time-piece beats at about 21,600 vibrations every hour, provides a power reserve of 50 hours which is slightly above average. Owners can wind the watch by hand, and it also hacks. It will cost $1,000 for a person to possess the fantastic product which will roll out in the market in early 2018.