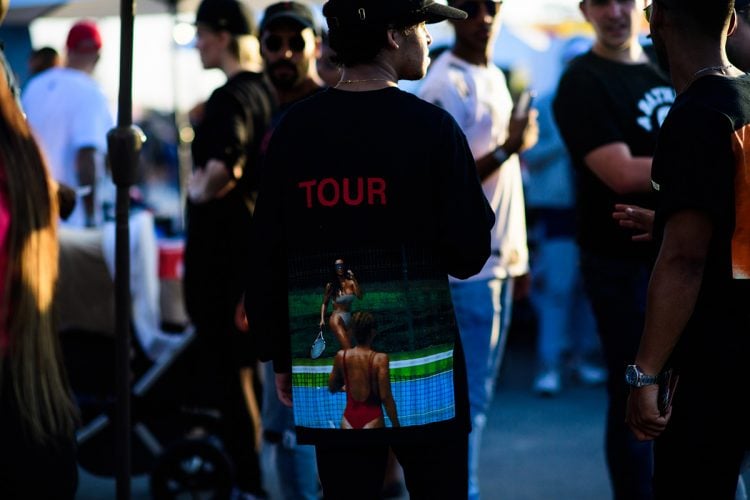 If there’s one event that proves, definitively, that streetwear and street style have become a truly international movement, it is the Sole DXB festival in Dubai. This fascinating two-day music, clothing, and art showcase is everything that most people don’t associate with the country. It is cool, hip, deeply rooted in black culture, and about as far away from the clichéd image of camels and gold bedecked sheikhs as you can get.

The rapidly growing festival – it started out as a small gathering – says a lot about street culture and about Dubai. Namely, that the world doesn’t know either of them like it thinks. Sole DXB just had its fifth outing and it was a huge success. Skepta, Little Simz, BJ the Chicago Kid, Diamond D, Dam Funk and more provided the tunes. Plus household names like Adidas, PUMA, Nike, Diesel, Fred Pretty, K-Swiss, Timberland, and Milano brought the fashion.

While Sole DXB has now expanded to include all kinds of different presentations, workshops, pop-up boutiques, live music events, and limited edition showcases, it began its life as a sneaker festival. So, the sports shoe reigns supreme here. Contrary to popular belief, it isn’t a ‘dry’ festival either. The creators are keen to remind people that Dubai is a surprising place. It isn’t anywhere near as strict as most people think and there’s nothing wrong with people coming together to hang out, chill out, and have a few beers.

As for the continued evolution of streetwear, they predict that consumers will move towards exclusive drops. Demand is already high for personalised products and merchandise that reflects specific locations and regions. People want sneakers and clothes which speak volumes about who they are and where they are from. Fortunately, there’s no better place to find them than at the Sole DXB festival. It presents a large number of exclusive drops that can’t be found anywhere else in the world.

So, in celebration of another successful Sole DXB festival, let’s take a look at some of its best-dressed guests. 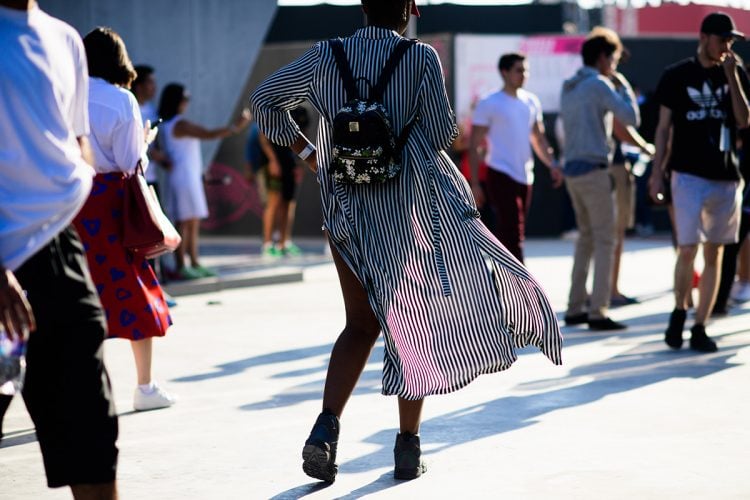 This lovely lady has got it dead right, by using layering to great effect. If you’re going to keep it teeny tiny on the inside (strappy top, miniskirt or shorts), you’ve got to balance things out somehow. In other words, you can get away with flashing the flesh, if you think carefully about the rest of your outfit. The oversized shirt is a super cool choice because it plays all those concepts of masculine glamour, which are common to streetwear. You often see girls in baggy shirts and oversized sweats, but with delicate, feminine accessories for balance. This next ensemble is a great example of how to do masculine chic flawlessly. All of these pieces are pretty oversized. She’s wearing a baggy hoody, a way oversized button up shirt, and plain, black shorts. The detail which lifts the outfit and makes it interesting is the fact that the shirt is being used as an accessory. It pulls her waist in, gives her some shape, and visually breaks up all of these dark coloured fabrics. Plus, winding shirts around the waist, as an accessory, is a classic street style move. To the boys now and this pretty epic sweatshirt. The loud, almost retro print is classic streetwear. It is bold, a bit sexy, and very tabloid-esque. There has been a real spike in the popularity of quite controversial graphic tees. Most features scantily clad ladies in various stages of undress, with some even depicting celebrities like Rihanna and Amber Rose. The tee in this picture is a little more subtle and has more to do with allusions to eighties excess and indulgence. It works because he’s kept the rest of his outfit simple; this guy is letting his shirt say a thousand words. 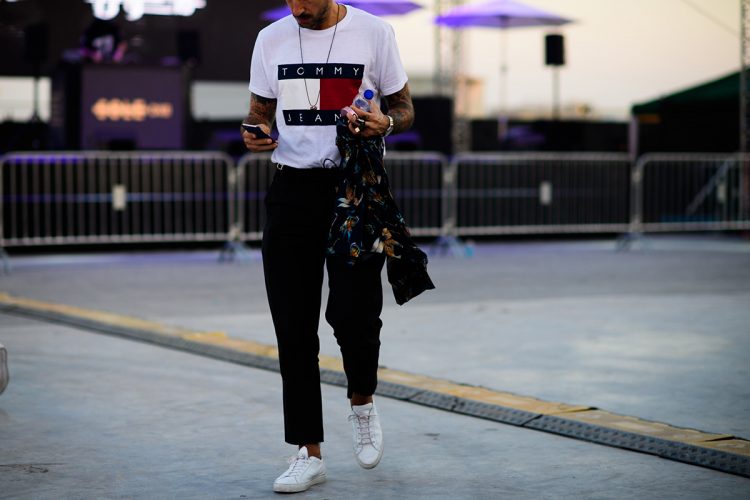 Speaking of the eighties, it looks like we may be in the middle of a revival. A lot of the streetwear on display at the 2016 Sole DXB was very retro. There were plenty of high waisted jeans, loafers without socks, and printed Havana style shirts. This on trend gent is taking it one step further by sporting the signature brand of the eighties – Tommy Hilfiger. The designer has long been a favourite with streetwear fans. The simple, clean lines and comfy fit allow them to combine function and form. The key detail here is the tucked in T-shirt. It takes the outfit from lounging on the couch to festival superstar. We couldn’t compile a list of the best streetwear looks at Sole DXB 2016 without including this little beauty. It is a great example of the way that street style uses mash up references and cultural allusions to create unique fashion. It is also a really nice reminder of the fact that the Middle East is the place where this festival was born and continues to flourish. From a style perspective, denim is always a winner. Denim jackets have never gone out of style and they can be worn in a hundred different ways.

Why Sole DXB Is the Dream Destination for Streetwear Fans

If you’ve got an uncontrollable obsession with streetwear, it might be worth making plans to get off to Dubai one day. The festival itself is actually free if you register in advance. There are two days of presentations, showcases, and music concerts from some of the biggest grime and hip-hop stars in the world. For instance, Run DMC played at the 2015 festival and this one welcomed Skepta, who recently won the Mercury Prize for his album Konichiwa.

The biggest streetwear and sneaker brands on the planet are all in attendance too, which is why guests can get the scoop on super limited editions items before anybody else. With all of this and more on offer, who wouldn’t be tempted to take a trip to the Golden City? You never know; you might just learn something. This fascinating corner of the world is hiding some rather wonderful surprises.