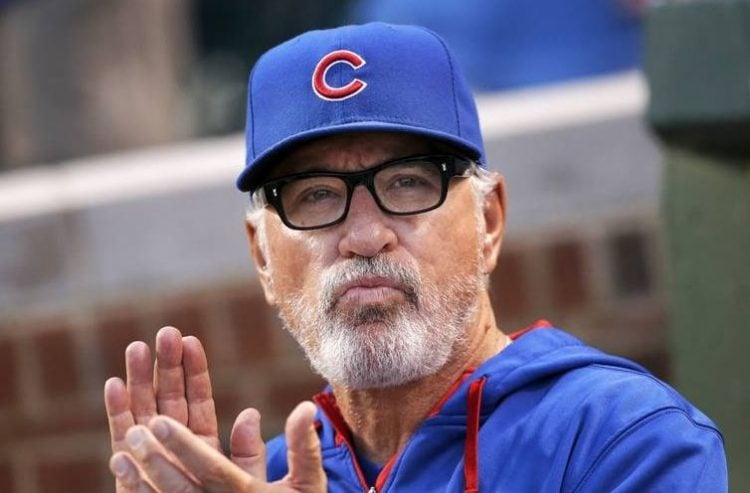 In many sports managers tend to do a lot of work but make a good deal less than their players. Most people would justify this by stating that managers don’t do much in the way of physical activity, but in truth their job is a great deal harder as they have to worry about more than their own stats, wins, losses, and how they appear in front of the press and to their fans. They have worry over all of that, plus find a way to manage their players and their various issues and concerns. It’s understandable that a manager has to be tough at times and understanding at others, which makes their job equally tough as any athletes if not more so. Yet for all this they are paid far less than the stars of their squads.

In the terms of being equal this might seem a bit lopsided, but considering that they are paid to manage and not perform, managers are not always able to demand the kind of money that players do. In the MLB, most managers make only a fraction of what their athletes do, which is still a considerable amount but is often much less than the stars of their team. Their win and loss ratio has something to do with this, but overall they are still paid less to do more. So with that in mind, here are the five highest paid MLB coaches heading into 2017.

It’s safe to say that Buck Showalter has been around, as he is currently the manager for the Baltimore Orioles, but was previously the manager of the New York Yankees, the Arizona Diamondbacks, and even the Texas Rangers. Buck even played in his younger years and was an analyst for ESPN. He’s gained a fair amount of credit to his name as a three-time American League Manager of the Year. His reputation for building winning teams has earned him a hefty salary despite the fact that it is by no means the greatest in the league. Still, there’s no denying that he’s made a decidedly huge impact upon each time that he’s managed for, enabling them all to become true contenders with Buck at the helm.

Girardi started his managerial career with the Florida Marlins, replacing Jack McKeon. He was soon known as a rather strict manager as he even went so far as to restrict his players from growing facial hair. This rather odd development brought back shades of George Steinbrenner, but it was strictly enforced. Despite the Marlins having the lowest payroll in the league, Girardi still managed to take his team to wild-card contention during his tenure. Girardi actually came close to being fired when he had an altercation with the Marlin’s owner over a bit of heckling of the umpire. This incident almost cost Girardi his job. Despite his great work with the Marlins he was still fired eventually and wouldn’t sign up with the Yankees until 2008, where he still is to this day.

The final three entries on this list is where the managerial price tag begins to get rather hefty. Bruce Bochy is the current manager in charge of the San Francisco Giants. Before this he was the manager for the San Diego Padres for roughly twelve seasons. In his time in San Francisco he’s managed to lead the Giants to three World Series Championships. Bochy also led the Padres to one appearance in the World Series in his time in San Diego. Before becoming a manager Bochy also played for the Padres. He was the backup catcher during his time as a player. His contributions to the Giants have won him a rather large salary compared to many other managers, and his wins have elevated him to the degree that he is considered one of the premiere managers in the MLB. His time as a player has obviously granted him some insight to the game that other managers might not possess.

Remaining in the high price range, Mike Scioscia is firmly set in his salary as the manager of the Los Angeles Angels and is also a former catcher. He’s been a manage for going on two decades now and has the distinction of being the longest-tenured manager in MLB. He made his debut in the sport with the LA Dodgers in the early 1980s. During his time as a player he won two World Series and remained with the Dodgers the entire time. Eventually he would be signed by the San Diego Padres and then the Texas Rangers, but injury kept him from making any long-lasting appearances at that point in his career.

Not long after his career came to an end Scioscia became a manager for the minor leagues, and even moved on to being the coach for the Dodgers. Eventually though he was hired on as the Angels manager. He led the Angels to their only Word Series championship and is the only manager in Angels history that holds the overall winning record in the franchise.

Joe Maddon is the current manager of the Chicago Cubs, the same Cubs who most recently won the World Series against all odds. His coaching career began with the California Angels in the early 1990s where he served under Buck Rodgers, Marcel Lachemann, John McNamara, Terry Collins, and Mike Sciosia. He was the interim manager during this period and went on to manage the Tampa Bay Rays for nearly eight years before moving on to the Cubs. Perhaps his greatest achievement to date is the aforementioned victory over the Cleveland Indians in the 2016 World Series in which the Cubs inexplicably won their first World Series title in well over a century.

Managers have a tough job and are more often than not more knowledge about the game than their players simply because they’ve been there, done that, and couldn’t get enough. While many managers might come and go after finding out that they aren’t quite cut out for the role, the individuals listed above and many others have stuck around not just for the paycheck, but for the love of the game itself.