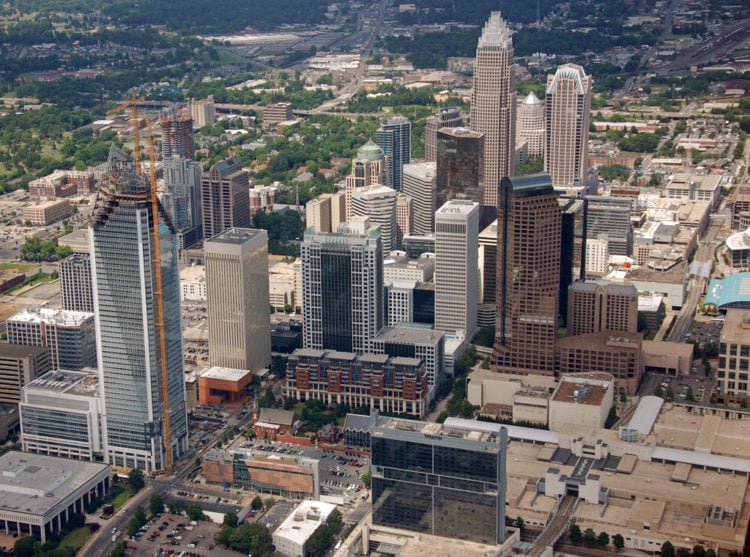 A site that was once all the rave for proving an opportunity for individuals to sell and promote their services, sell used items, as well as offer a place for people who were looking for such products and services has become a breeding ground for scam-artist and violent criminals. While every city has its own network on Craigslist, and all of these pages have become notorious for scams and setups, the page in Charlotte has gone to new heights with seems to be every possible money scam under the sun. If there is a way to cheat individuals out of their money, it seems to be happening on Craigslist Charlotte.

It is important when using these types of site to be very vigilant and to perform your due diligence in researching the individuals and the claims that they are making. Never meet them in a secluded place and never send money without receiving what you have paid for. Once you have been taken for a ride on Craigslist there is very little that you can do other than filing a criminal report.

Here five of the most common money scams on Craigslist Charlotte

Be very careful when purchasing cars on Craigslist in Charlotte, especially when shipping a car for a non-local location is involved. A 24-year-old woman in Rock Hill, a suburb of Charlotte, was bilked out of $2,000 faster than she could blink her eyes. She was sold a 2004 Acura for an initial price of $1,000. According to the people she purchased the car from, the car was in Mississippi and would have to be shipped to her. Eventually, she was asked for an additional $1,000 (which was supposed to be refundable) to be sent to a third party for the purpose of insuring the car during transit. This should have sent up a red flag become insurance premiums are not usually refundable. Finally, she was contacted and told that the car was stuck in customs and the owners were demanding even more money. After refusing to send more money, she was told she would not get the car and she would not get her money back.

This situation is even more unsettling than the previous story. A real estate agent representing a client that was in the process of closing on a home found out that someone had just moved into the home. Obviously, his agent’s client was unnerved by this new revelation. When the realtor stopped by the property to find out what was going on, he found that a family had just moved in the property. They had even had the utilities turned on in their name. As it turned out, someone posing as the owner had leased the property to them. Police say that this scam is very common in Charlotte, and most of the time the victims find the listing on Craigslist. From the information I was able to gather, this is so common that it is out of control.

This one is really low. Beware of dating opportunities on Craigslist. If you want to participate in online dating, there are plenty of reputable sites that take the time to validate the identity and background of the people who use the site. While this it does not completely eliminate the risk of being scammed or catfished, it definitely reduces the risk drastically. While this is not something that is exclusive to Craiglist, the lack of proper vetting makes Craigslist fertile soil for scams in which con artist use the emotions of someone seeking love to bilk money out of them. You will be surprised at some of the sob stories these predators come up with to get an interested person to send them money.

I called this particular scam the reverse scam because the person buying the goods is running the game. According to one story, a person was paid with a fake check that actually cleared at his bank before finally being identified as a false document. By this time the scam was discovered the victim was paying bank fees for the fake check and he had also lost his property, which was probably used in a subsequent scam to hustle someone else.

Here is another twist on the residential scam. Instead of renting and leasing homes that they don’t own and have a right to lease, scammers are pretending to be answering ads for roommates. Basically, they would ask the person renting out the room for the total amount of the deposit to hold the room. They would send a money order or check for a higher amount and then request a refund via Western Union. It is needless to say that the original negotiable document was a fake. By the time the unsuspected victim finds out they have already wired the difference.