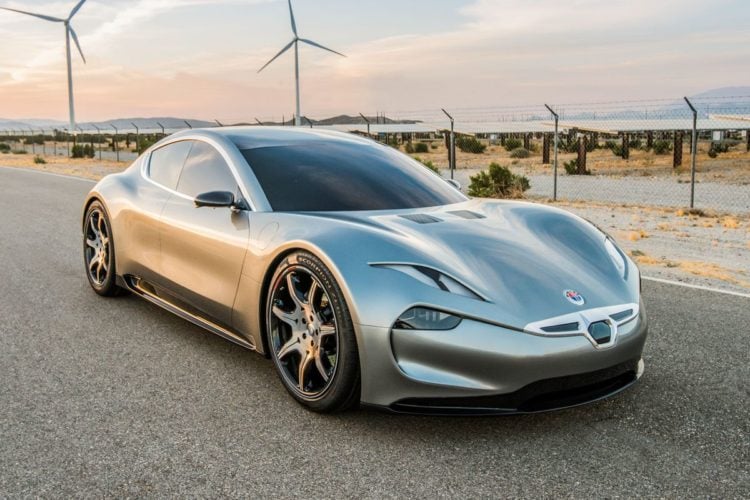 When you think about car companies, you probably automatically think of companies like Ford, Chevrolet or Dodge. Perhaps you think about more upscale companies like BMW or Mercedes. However, you might not think of companies that have come along in recent years, as most of these car companies have been manufacturing automobiles for decades. Nevertheless, there are companies that are just starting out and some of them hold a lot of promise. In fact, there are five different companies that you might want to keep your eye on for next year. They have some unique and enterprising ideas and it looks like they’re going to be developing some automobiles that will give the more established car companies a run for their money. You might not have ever heard of this company as of yet, but that doesn’t mean that they haven’t been working quietly behind the scenes to secure their place in automotive history. They even have a contract with the rental car company Hertz, and fulfilling that contract means that they will be providing the company with cars that are all electric in the near future. They don’t manufacture cars with traditional combustion engines. Instead, everything the company does centers around electric technology. Who knows, they might be one of the top automakers of the future. They certainly have a good start and 2019 looks to be a promising year for the company. There’s a better-than-average chance that you’ve heard of this company before. Some of the cars the company produces are on the market and are street legal in the United States. The company has been both lauded for its ability to develop cars utilizing technology that is completely beyond anything that’s ever been seen before and criticized for developing the technology too quickly. Right now, Tesla seems to be at a fork in the road. They have the opportunity to go on and become one of the most prominent automobile makers in history or to dry up and blow away with the wind. It all depends on the choices they make but that doesn’t change the fact that this car company has already stamped its place in history, at least to a certain extent. If things continue to go the company’s way, 2019 could be a big year for them. This is a luxury and performance car company that plans on building all electric sports cars. So far, they’ve done much of the groundwork and they have a prototype that is nothing short of astounding, in both its looks and its performance. They’ve even taken pre-orders to build as many as 3,000 additional units. This just might be the car company you’ve never heard of that turns out to be the BMW or Mercedes of the future. When you’re traveling in a busy city, there are a lot of issues that usually come to mind. Trying to travel by taxi can be frustrating because it’s almost impossible to find one and it’s expensive. If you’re driving your own car, good luck finding a place to park it. Tango Commuter Cars plans on fixing both of these issues by producing a series of all electric cars that make the Smart Car look spacious. These cars aren’t designed to be driven on the open road, but they’re perfect in the heart of a busy city when you need to go several blocks at a time and park in a space that you might be able to fit a motorcycle into. Imagine a future where you could rent a car like this from a whole fleet whenever you visit a major city. It could solve so many problems thanks to its electric power plant and its size alone. This is an interesting concept from beginning to end. The idea is to build decent cars that perform well, don’t pollute and don’t cost a fortune. The company also wants to make purchasing a car as easy as going to your local big box retailer and buying it just like you would by any other item. As a result, the company is trying to find financial backing so that it can mass-produce automobiles at a discounted rate that can completely change the way people buy and drive automobiles.