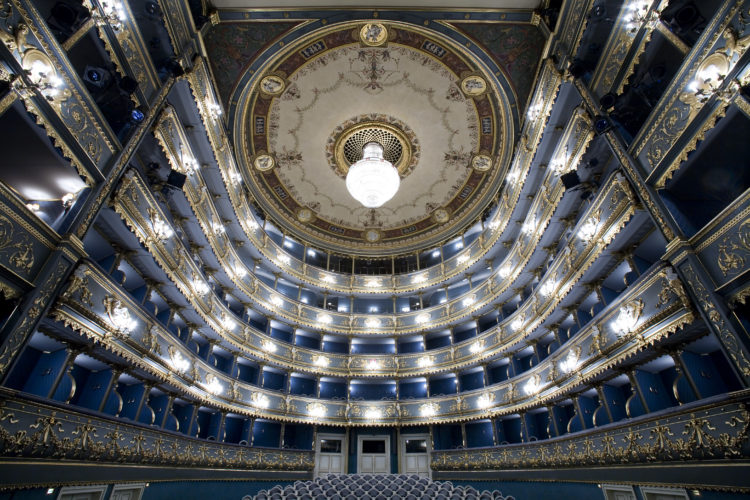 There are some degrees that get looked down upon because of the perception that the degree-holders are unemployable. However, people need to remember that the fact that those degrees exist means that there is interest in their subjects, which in turn, means that there are bound to be careers related to those subjects. As such, while finding a career that makes use of a music or theater degree might come with an increased measure of challenge, it is by no means impossible. Here are five ways that interested individuals can make a living with a music or theater degree:

Perhaps unsurprisingly, one of the career choices for someone with a music or theater degree would be becoming an actor. In modern times, when people say actor, chances are good that they are thinking of the people who show up on their screens. However, it is important to remember that there are still a lot of actors putting their expertise and experience to excellent use on theater stages throughout the country. With that said, there are a couple of things that interested individuals need to remember. First, they might want to move to one of the regional hubs such as Austin, Chicago, and Toronto, which will mean more opportunities than in smaller communities. Second, they shouldn’t expect a great deal of stability because they are going to need to remain in constant search for new roles in new productions, which is something that some people have been known to find rewarding in its own right.

Naturally, becoming a musician is another popular choice for people with a music or theater degree. Nowadays, there are still numerous places that have live musicians playing music, whether on their own or with other musicians. For example, there are plenty of entertainment venues that choose to have live musicians. Likewise, musicians can find employment in bands, choirs, and orchestras.

There are numerous people with a passion for art, which in turn, means that there is enormous demand for people to help them realize that particular passion. In other words, there are a fair number of opportunities for artists who don’t mind sharing their interests with likeminded individuals through teaching. Sometimes, this will see interested individuals starting up their own classes, which provides them with much more control over the process. Other times, they will just teach the arts at the schools where they have chosen to work.

Often, people with music or theater degrees are accustomed to either speaking at other people or speaking with other people. As a result, there are a lot of them who wind up in various marketing positions, which are fundamentally reliant on successfully convincing other people to see things in a particular way. With that said, the ability to confidently interact with other people is far from being the sole merit that people with music or theater degrees can bring to marketing positions. For instance, artists are often good at reading other people so as to tailor their art towards said individuals, which is a good example of how empathy can prove useful in interpersonal interactions. Moreover, there is the matter of creativity as well, which is critical for enabling marketing campaigns to actually make an impact on targeted individuals by standing out from the waves and waves of advertisements that they are bombarded by on a regular basis.

Just because people are interested in the arts, it doesn’t mean that they can’t be interested in the more technical side of things as well. After all, there is plenty of demand for audio engineers, who do very valuable work in making sure that the sound for performances as well as a wide range of other projects are perfect. There are some audio engineers who work on recordings to make sure that the eventual listeners will have the best experience possible, while other audio engineers are much more concerned with how live performers will sound at particular entertainment venues. As such, audio engineers can be found in industries that include but are not limited to TV, movies, and video games because there are few forms of entertainment that can’t benefit from their particular services.

The 20 Best Places to Live in Portugal