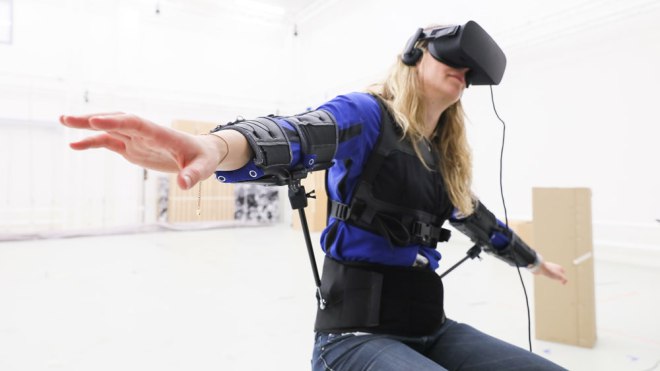 Joysticks see use in a wide range of contexts. However, they are not without their problems. For example, joysticks occupy the hands, meaning that they can’t be used for other things so long as the joysticks are still being used. Furthermore, joysticks aren’t intuitive, which is in spite of the fact that considerable time, effort, and other resources have been spent by a wide range of parties on making them as simple to use as possible. Summed up, it should come as no surprise to learn that there is interest in coming up with a replacement for joysticks, particularly since recent times have produced some rather interesting technologies that could help out in this regard.

What Are Engineers Doing in Switzerland?

For proof, look no further than the fact that a team of engineers at the Federal Polytechnic School in Switzerland have come up with a way to let someone control a drone by using the motions of their own body. In short, what happens is that the pilot wears a VR headset as well as what has been called a fly jacket containing motion sensors for picking up on the movements of their body. The ensemble is completed with props that extend from the elbows to the waist, thus providing much-needed support while still leaving the pilot with a full range of motion.

Combined, this enables the pilot to see from the perspective of the drone while guiding it by moving their body in various ways. For example, if they want to fly, they spread their arms, thus explaining the function of the props. Likewise, if they want to climb up or dive down, they can lean backwards and lean forwards; while turning either right or left is carried out by leaning in those respective directions. In other words, the setup provides the pilot with a very intuitive control scheme, which is but one of the potential benefits once it has been transformed into a mature technology.

For those who are curious, making something intuitive is important because that makes it much easier for interested individuals to pick up. Moreover, working with human instincts rather than working against them can prevent a host of issues, which can have a real impact on both efficacy and efficiency. This is particularly true because an intuitive system demands less of the user’s mental resources, thus leaving more that can be put to good use elsewhere. 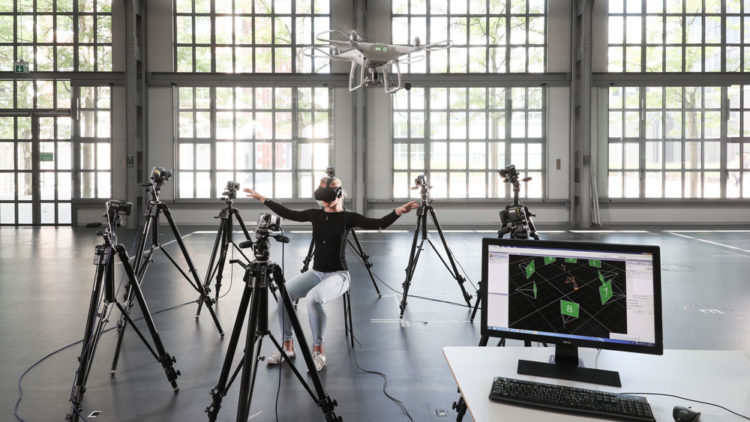 In fact, it is interesting to note that this is the exact intention of the people behind the setup. Essentially, what they want to do is to come up with a simple to use control scheme for firefighters and other first responders who are flying rescue drones of various sorts. Theoretically, if they can perfect their setup, that would enable those first responders to focus more of their attention on surveying the landscape in order to do their job instead of being caught up by the challenge of flying the rescue drones. Something that could help out a great deal in a wide range of dangerous and time-sensitive situations, particularly since their hands would be free to issue more commands to the rescue drones, make use of other systems, and engage in other important tasks.

Will it be a Reality?

Of course, this setup is still in the earlier stages, meaning that it will take more time for it to turn into something that will see widespread use. However, considering its potential benefits, it seems reasonable to speculate that it will pop up sooner rather than later, particularly since so many advancements are being made in recent times when it comes to virtual reality as well as other relevant technologies. With that said, one can’t help but be amazed by the fact that this setup is looking a lot like the kind of motion-based control scheme that sometimes shows up in science fiction, though more as a very crude and very early prototype than in the finished form. However, this is nonetheless a reminder that we live in a very interesting age when what was once the product of pure imagination is being transformed into physical reality right in front of our eyes, which is wonderful but also perhaps a little bit unsettling because of how fast it is happening.