Home
Travel
Aviation
Can You Bring Food on a Plane?
Prev Article Next Article 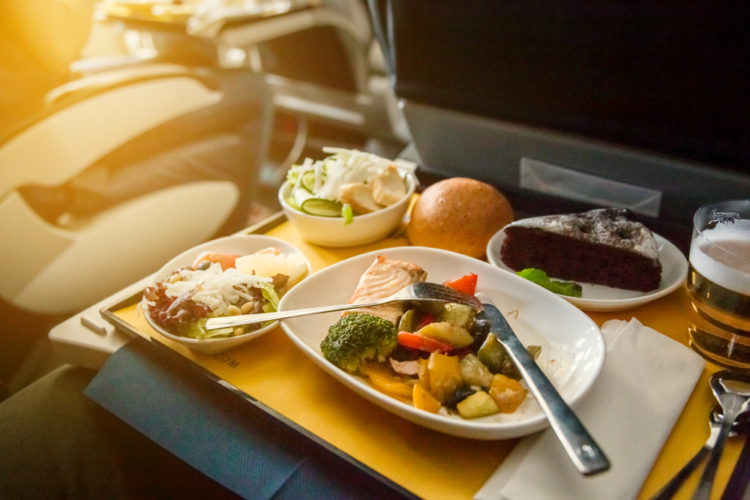 What Kinds of Food Can You Bring On a Plane?

The gist of it is that interested individuals can bring food on a plane so long as it is a solid rather than a liquid. For example, if they want to bring solid chocolate with them, that should be no problem whatsoever. In contrast, if they want to bring liquid chocolate with them, they are going to be limited to a maximum of 3.4 oz of the stuff. Similarly, they should be fine when it comes to solid cheese but they should expect the same limitation when it comes to creamy cheese. Every single kind of liquid food is subject to this limitation, so interested individuals should avoid bring those with them. Besides this, there are a number of other things that are worth commenting upon. For starters, canned foods aren’t outright banned. However, their presence can mean extra complications for security, meaning that they might be let through. Instead, if people want to bring canned food with them, it might be better to either ship it or put it in their checked bags rather than their carry on bags. Moving on, baby food and formula get something of an exemption in the sense that “reasonable quantities” will be allowed in interested individuals’ carry on bags. There is an issue in that they will be subjected to extra scrutiny, so people should be prepared to take them out of their carry on bags to facilitate separate screening. Ice as well as other frozen liquids are interesting in that their treatment depends on their state.

People can bring them on their carry on bags so long as they are fully-solid when they are presented for screening. If those items start melting, well, suffice to say that they are subject to the same limitation as every other liquid. As for alcoholic beverages, interested individuals can bring them in their carry on bags so long as they follow the limitation, but it should be mentioned that a lot of airline forbid people from consuming their own alcoholic beverages while they are on board. Alcoholic beverages in checked bags have additional rules. Anything that is over 140 proof is outright banned. Meanwhile, anything that is more than 24 percent alcohol but not more than 70 percent alcohol is limited to 5 liters per passenger in checked bags. Alcoholic beverages that are less than 24 percent alcohol have no limitation when it comes to checked bags. If people are determined to bring liquids with them, they might want to keep the 3-1-1 rule in mind. In short, it means that each liquid must be in a 3.4 oz or less container. All of these containers must be stored in a single quart-sized plastic bag that should be see-through. Furthermore, each passenger is limited to just a single one of these bags. In case they are curious, they can bring empty water bottles with them provided that those empty water bottles are actually empty water bottles.

Why Is There a Limitation On Bringing Liquid Foods On Planes?

Some people might be curious why there is a limitation on bringing liquid foods. After all, some of them might remember a time when said limitation wasn’t a thing, seeing as how it as well as similar rules in other countries were introduced in the mid 2000s. Well, there is a simple answer for this simple question. In 2006, British police uncovered a plot to target flights flying from the United Kingdom to the United States as well as Canada. The plotters were going to bring the materials as well as the equipment needed to make liquid-based explosives, some of which would be disguised as liquid food items. Once they had managed to get onto the planes, they would build the explosives and then use the explosives to kill everyone on board. Fortunately, British police became suspicious that something was going on when a man under police surveillance returned from Pakistan with Tang plus a large number of batteries. As a result, they set up a huge surveillance operation, thus enabling them to prevent the plot before it could be carried out.

Unsurprisingly, a lot of countries introduced rule changes for what people could and couldn’t bring in the wake of the incident. For example, the United States’ initial reaction was to ban every single kind of liquid, though this was later eased to some extent. Similarly, the United Kingdom banned every single kind of liquid with the exception of liquid medications that had been verified to be real. On top of that, the country banned every single kind of electronic device as well. Plenty of other countries implemented similar rule changes for the purpose of preventing similar plots from being carried out.

Summed up, people can bring just about every kind of solid food with them. However, they are going to face serious limitations if they are interested in bringing any kind of liquid or partially liquid food with them, meaning that it is better to either leave them at home or think of some other transportation option. Different countries and different airlines can have different rules for the same items. Due to this, it is always a good idea for interested individuals to check with the relevant sources when they are traveling by plane because they don’t want to run into issues while they are being screened. Generally speaking, these rules are pretty commonsensical. However, it is always a good idea to be sure, particularly since what seems obvious to some people might not be so to others.