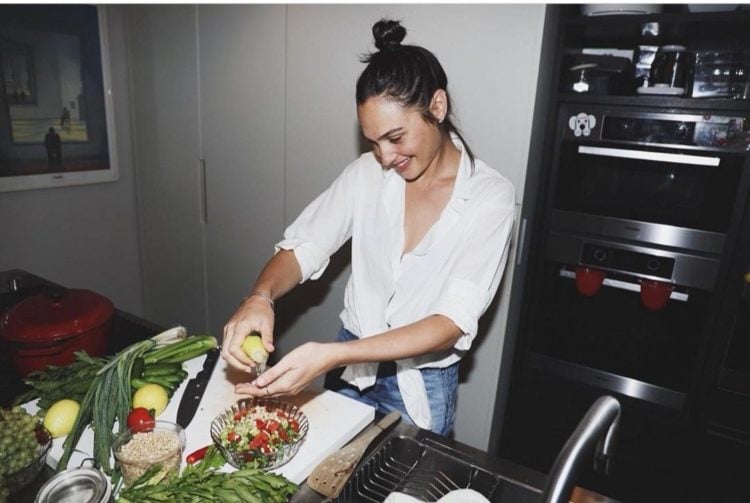 Gal Gadot is someone whose name has become much better-known in recent times. After all, she starred as the titular character in Wonder Woman, which will be followed up by Wonder Woman 1984. As such, it should come as no suprise to learn that Gadot’s current net worth is estimated to be $10 million by Celebrity Net Worth.

How Did Gal Gadot Reach Her Current Net Worth?

Gadot was born in Petah Tikva, which is one of the cities that make up the Tel Aviv Metropolitan Area. In 2004, she managed to win the title of Miss Israel, which was followed by her competing in the subsequent Miss Universe pageant. Following that, Gadot performed her mandatory military service as an instructor for fitness as well as combat readiness in the IDF. Once that was complete, she proceeded to study law as well as international relations at the Interdisciplinary Center Herzliya while pursuing a career as an actress as well as a career as a model.

Perhaps unsurprisingly, Gadot found a fair measure of success in her chosen path. For example, when she was still at college, she received a request for her to audition for the part of the Bond girl in Quantum of Solace. Gadot didn’t manage to get the role, but she must have made a good impression on the casting director because she managed to secure the role of Gisele Yashar in their next movie Fast & Furious just a short while later. Said role wasn’t exactly the most prominent role that could be found in said movie, but it was nonetheless prominent enough to propel Gadot towards further successes.

Following Fast & Furious, Gadot showed up in some small roles in other movies. On top of that, she showed up in two more movies in the Fast & Furious franchise before her character was killed off in Fast & Furious 6. Eventually, Gadot was chosen for the role of Wonder Woman on Batman v Superman: Dawn of Justice, which was a somewhat controversial move in those times. Basically, a lot of people thought that DC was moving too fast because it was going for a big crossover movie featuring Batman, Superman, and Wonder Woman when the last character hadn’t even had her own movie, which was a stark contrast to Marvel’s much more gradual build-up towards its big crossover movies. Regardless, while Batman v Superman: Dawn of Justice managed to bring in more than $873 million at the box office, it met with a less than enthusiastic response from the critics, who blasted it for everything from its excessive grimness to its lack of narrative cohesion. However, what is interesting is that Gadot managed to receive praise for her performance as Wonder Woman in the movie, which presumably helped to cement her for the role when the time came to make the Wonder Woman movie.

Said movie earned more than $821 million at the box office. However, there are a couple of things to keep in mind about said figure. One, it wasn’t a big crossover movie in the same way as Batman v Superman: Dawn of Justice, meaning that expectations were lower for it compared to its predecessor. Two, it managed to make that much money even though it had a production budget of $120 to $150 million, which was much lower than its predecessor’s $250 to $300 million. On top of this, it should be mentioned that the movie had a much better response from the critics, with the result that some hailed it as the best DC movie made at the time. Summed up, Wonder Woman was the uncomplicated success that neither of its two predecessors in the DC Extended Universe could claim to be, meaning that it provided the whole thing with a valuable boost at a time when it needed exactly that.

Currently, Gadot is reprising her role in the upcoming sequel called Wonder Woman 1984, which is expected to see the involvement of the same people involved in its predecessor. This even includes Chris Pine as Steve Trevor, which is rather curious considering that the character is presumed to have died in the first movie but is nonetheless a good thing because his interactions with Gadot’s character was one of the better points in the first movie. Besides that, she is involved in two other upcoming movies, with one being the mystery thriller called Death on the Nile and the other being the action comedy thriller called Red Notice. Time will tell whether these roles will prove to be successes, which in turn, will presumably pave the way for more roles in more movies. Gadot has risen to considerable prominence with her comic book-related successes, but it is interesting to note that she actually hasn’t done a lot of other roles in between the three movies.

Besides acting, Gadot is a very successful model. This can be seen in the kind of companies that she has represented over the course of her career, which include corporate titans such as Reebok and Huawei. Unsurprisingly, this means that Gadot has made a lot of money from her modeling work. Much of this has taken place in the United States and much of this has taken place in Israel. Amusingly, it is interesting to note Gadot has done some modeling work in China as well, which could be connected to the fact that she apparently became quite popular in the Chinese market when she showed up in Batman v Supeman: Dawn of Justice.

In any case, while Gadot’s current net worth is $10 million, it seems reasonable to speculate that said figure will continue to rise in the times to come. After all, her acting career seems to be doing quite well, though much rests on how her roles in the upcoming movies will be treated by the consumers. On top of that, Gadot has a pretty successful modeling career as well, which has already proven to be very lucrative and promises to continue being very lucrative. Something that will be particularly true so long as her acting career continues to go well. Only time can reveal what the future holds, but the context definitely suggests that Gadot will continue to prosper.