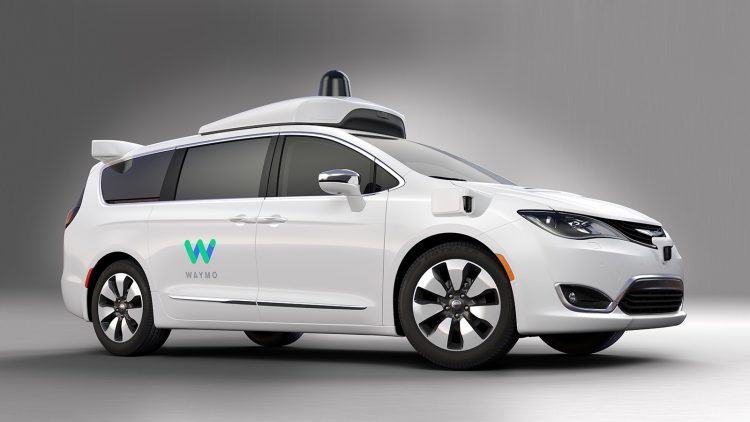 Back in 2009 Google decided to go ahead with a revolutionary idea to create a self-driving car, an idea that had been in the works and was finally pushed along as it became the Google self-driving car project. From that point it took several years to develop before the company would finally, in 2015, manage to complete the first ride without a driver on a public road. This initial ride was given to a single individual and took place in Austin, Texas.

By the time December of 2016 came around, Google had decided to transition this project into a new and more independent company called Waymo. This company would be kept in-house and under the supervision of Google’s parent company, Alphabet. In describing Waymo and its capabilities to date Alphabet has gone so far to say that Waymo is a self-driving tech company who is charged with the mission of making the transition from traditional transportation to making driving as safe and as easy as it could possibly be. Headed by automotive exec John Krafcik, Waymo is making plans to create self-driving, autonomous cars that will be available for public use by the year 2020. Until then, Waymo is dedicated to transporting people in their new and improved, driver-free minivans.

What Will Waymo Do?

As it’s been explained, Google is, through Waymo, set to produce the first self-driving, autonomous, minivans that will be driving on public roads and also used to convey people to and from their desired locations. In short it will be a new, revolutionary taxi service that is highly dependent upon its programming and the tech that is designed to operate the vehicles. Waymo will be developing all of its usual technology, which will allow the cost to drop dramatically and in the future possibly make autonomous cars more efficient and less expensive.

The idea for an autonomous automobile is not a new one, as science fiction movies would indicate, but the reality is that they are much closer to being perfected than ever before. Waymo is just one company that is working diligently on an autonomous automobile, but they are at this point one of the closest to having realized such a goal. Their minivans have already been tested in three states, and have only ever crashed once due to their programming.

While level 4 autonomy is what Waymo is shooting for, their programming will need to be updated continually in order to achieve this feat and still make their minivans safe and secure for their riders. To date these trials have taken place in California and Arizona, and have been largely successful with the majority of accidents that do occur coming from human error on the part of other drivers.

The array of sensors and cameras that are featured on each minivan are more than capable of handling a trip with a set destination and known geographical location. At this point such parameters are still necessary as level 4 autonomy is still not quite enough to take in every last aspect of the road as it comes along. Level 5 autonomy would be the ideal goal to reach for, but this is still a goal that is not yet in sight for Waymo.

Pros and Cons of Autonomous Cars

Like anything new and innovative there will always be ups and downs. The mistrust that some people hold for technology and its occasional glitches tend to balance out the excitement and anticipation that others feel for new and engaging leaps in modern tech. So here are a few pros and cons to think about when discussing the benefits of autonomous cars.

There would be fewer accidents and deaths.

With cars that could sense danger before its coming or act without hesitation to prevent an accident it is possible that the rate of accidental collisions and/or deaths could experience a steep decline. This could reduce accidents by up to as much as 90 percent, and could save around 20,000 lives per year when it comes to automobile-related deaths. That is an impressive number.

The cost of driving could go way down.

With autonomous cars it is reasonable to assume that with less risk, insurance rates would plummet thanks to the reduction injuries and damaged vehicles that need expensive repairs. Shipping rates could take a steep decline as well as trucks would be made far more efficient and on time. Anything that once relied on human operation would be far more reliable.

Tardiness would be greatly affected.

Autonomous cars cannot get offended or otherwise tempted to take out the frustration of their owners by venting in traffic. It is programmed to make its way along in the most efficient manner possible, ignoring any others that might suffer from road rage and completing its programming in the most reliable manner.

Despite their wonderful and useful programming that can be so highly beneficial to their owners, autonomous cars are still built and designed by imperfect beings. Should quality ever drop on the assembly line or in the design plans it will affect an entire line of vehicles. Also, more parts means more money to fix or repair them. Despite their durable and quality design they will need to be able to withstand year after year in various temperatures, altitudes, and environments. Cars of the modern era aren’t even able to last in such a capacity for long.

The cost of repairs could severely offset the cost of the vehicle.

All the automation present in these cars could cost more than the car is actually worth. For each small component that breaks, is damaged, or otherwise malfunctions, the cost will increase exponentially and create a cost issue that will bury the average car owner.

Driving will cease to be a worthwhile experience.

Have you ever heard someone say “Let’s go out for a sit?” in reference to taking a drive? Chances are you haven’t, and with an autonomous car this would be exactly what happens. Driving is a freedom and a privilege that has for decades become a rite of passage for many, even those who more often than not disdain cars. The act of driving is almost seen as sacrosanct to some, and the rise of the autonomous car will no doubt threaten a great many with its ease of use and the elimination of a traditional driver. It might seem like a bright, brand new trend, but in truth it will no doubt divide many individuals when it comes to its popularity.

Waymo is one of the more revolutionary companies that is currently striving to create a completely autonomous car, but there are still many steps to be taken. Autonomous cars are no doubt bound to be the newest and most innovative tech to hit the road in 2017 and beyond.

5 Companies Leading the Way in Self Driving Car Technology

How Many Jobs and Money Will be Lost due to Driverless Vehicle Technology?

How Ben Mallah Achieved a Net Worth of $250 Million

20 Things You Didn’t Know About Proterra

Since There’s No Hulu Stock, How Do You Invest in It?

The 20 Best Places to Live to Avoid Natural Disasters

The 10 Best Hotels in Marco Island

The 20 Best Things to Do in Salem, MA, for First Timers

The 10 Best Hotels in Islamorada, FL

You Can Own Your Very Own Formula 1 Race Car For $1.9 Million

The 20 Best Rockwell Watches of All-Time

The 20 Best Certina Watches of All-Time