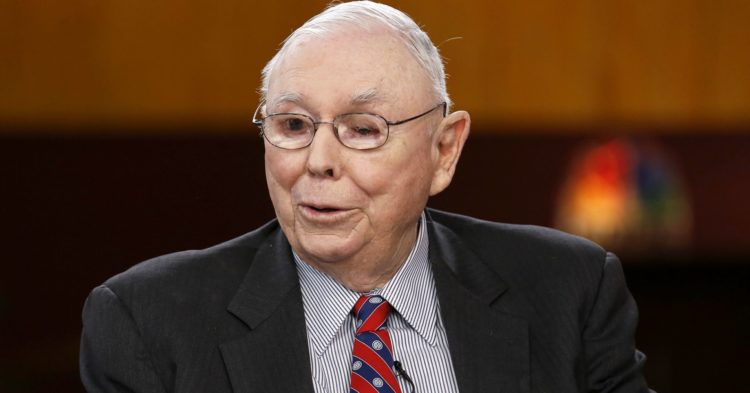 Charlie Munger isn’t as famous as Warren Buffet. However, it is important to note that he is the Vice Chairman of Berkshire Hathaway, meaning that he is well worth listening to when it comes to investing as well as other business topics. Recently, when Munger was speaking at the annual meeting of another corporation, he was asked about whether he would want to work with someone who was smart but underestimated their own capabilities or someone who was smarter but overestimated their own capabilities. Amusingly, Munger responded that the questioner must have been thinking about Elon Musk before launching into an explanation of why he would want to work with the former rather than latter.

On the whole, Munger’s opinion of Elon Musk isn’t particularly surprising. Simply put, while Berkshire Hathaway is far from being risk-free, its top leadership is by no means as eager to embrace risk as Elon Musk has been when it comes to his business ventures. Certainly, one would never expect Berkshire Hathaway to set up something like SpaceX for the purpose of sending people to Mars, though it is fun to think about. This doesn’t mean that either Munger or Musk are wrong, just that they are two very different people with very different priorities when it comes to how they choose to use their money.

With that said, one can’t help but wonder whether Elon Musk’s “colorful” nature might be influencing Munger’s opinion as well. It is certainly one of the things that has helped keep him in the spotlight, but it has proven costly for him in the past.

For the most part, what Elon Musks says is interesting but not particularly impactful. One excellent example is the time when he said that we were probably living in a simulation on Joe Rogan‘s podcast. Most people will see this as a pretty outlandish line of speculation, but it isn’t something that Elon Musk came up with on his own. Instead, there are a number of thinkers who have speculated about the potential of advanced civilizations creating simulations that are so good that they can’t be distinguished from the real thing, not least because the inhabitants of the simulation wouldn’t have the ability to know what the “real” reality would look like. In some cases, these thinkers have proposed this line of speculation as a way of answering various questions such as the Fermi Paradox. In other cases, well, there are others who have taken it further by essentially turning it into a non-religious basis for the belief in an afterlife, which is very entertaining but also even more speculative in nature.

Unfortunately, there are other times when Elon Musk has run into serious issues by talking without putting sufficient thought into what he says. For example, there was the very recent incident when his musing about taking Tesla private prompted less than pleased investors launching a lawsuit against him. Something that was then followed up by the U.S. regulators looking into the issue, thus culminating in an agreement for him to step down as the chairman of the corporation as well as pay a $20 million fine in exchange for things not proceeding further. Likewise, there was another recent example of Elon Musk making accusations against a British diver who was involved in the rescue of the stranded boys in Thailand. Something that seems to have been prompted by the Thai government’s rejection of Elon Musk’s own proposed plan to build a miniature submarine. Suffice to say that the whole series of events didn’t exactly cover him in glory, which in turn, would explain why having an employee like Elon Musk might not be necessarily be the best thing for an employer even if they can occasionally pull off something incredible.