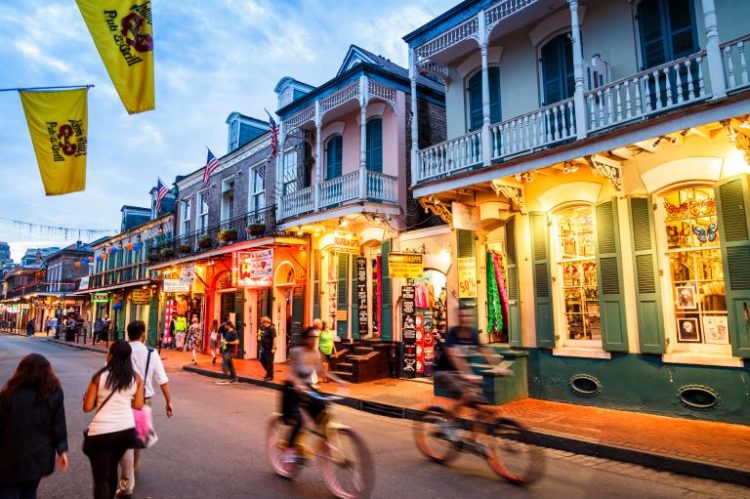 New Orleans is a vibrant city with a rich culture and history, which is why millions visit The Big Easy each year. So much about the city is magical, from the music and celebrations to the incredible food and interesting sights. Just as the variety of things that you can do in the city are diverse, accommodation in New Orleans ranges from homey and cozy to avant-garde and lavish.

Here are ten of the top hotels in New Orleans.

Bourbon Orleans Hotel is a 4-star property with a grand style. It’s right near the French Quarter, Jackson Square Park, and St. Louis Cathedral. On-site is a contemporary restaurant with a Creole menu, a fully equipped gym, and heated saltwater pool. The rooms have traditional furnishings and decor along with modern amenities such as wet bars, iPod docking stations, large flat screen TVs, and complimentary Wifi. Upgraded suites at Bourbon Orleans Hotel have separate livings areas and private balconies.

One of the most unique hotels in New Orleans is actually a collection of 19th century cottages. Audubon Cottages — named after its most famous resident, James Audubon — is located less than ten minutes from Jackson Square. Each cottage is furnished with antiques, beautiful art, and is near a private or semi-private courtyard. Butler service is available, as is valet parking and evening turndown service. Amenities include flat screen televisions, free coffee, tea, and soft drinks, a complimentary continental breakfast, and heated saltwater pool. 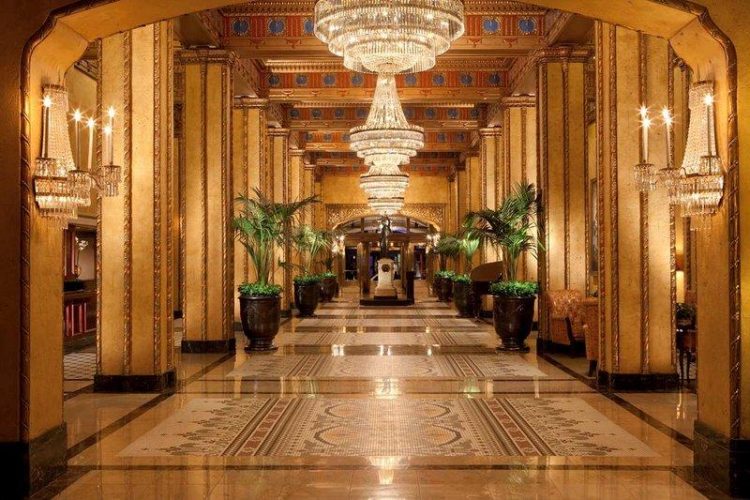 The Roosevelt New Orleans is a 4-star Waldorf Astoria hotel that’s just a short walk from both Harrah’s and Bourbon Street. The exterior and interior are grand, and it has its own luxe lounge, upscale Italian restaurant, cafe, and the renowned Sazerac Bar. The Roosevelt New Orleans also has a rooftop pool with its own bar and lounge area, a lavish spa, and fully equipped gym. The rooms contain traditional decor and flat screen televisions, and upgraded suites feature bay windows, separate living areas, and claw foot bathtubs. 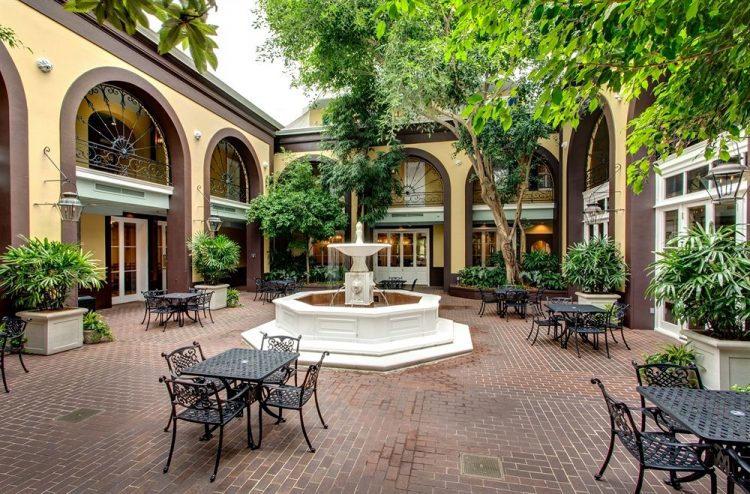 Located near Bourbon Street is the stylish and posh Hotel Mazarin. It’s a short walk from Jackson Square and is perfect for anyone who admires French style decor. In addition to its two bars and European style courtyard, this hotel has rooms that feature gorgeous furnishings, flat screen televisions, and iPod docks. 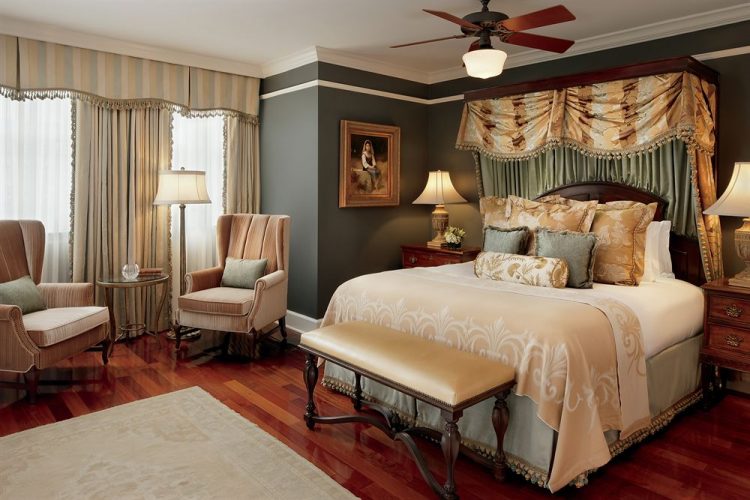 The Ritz-Carlton, New Orleans is a fabulous 5-star hotel with neoclassical decor, opulent rooms, and impeccable service. There’s a restaurant on-site with a menu that features locally sourced Southern inspired cuisine, and the hotel also has its own lounge and bar. A resistance pool, event space, gym, and upscale spa are also on site. The rooms have iPod docks, large flat screen televisions, and marble tile bathrooms. 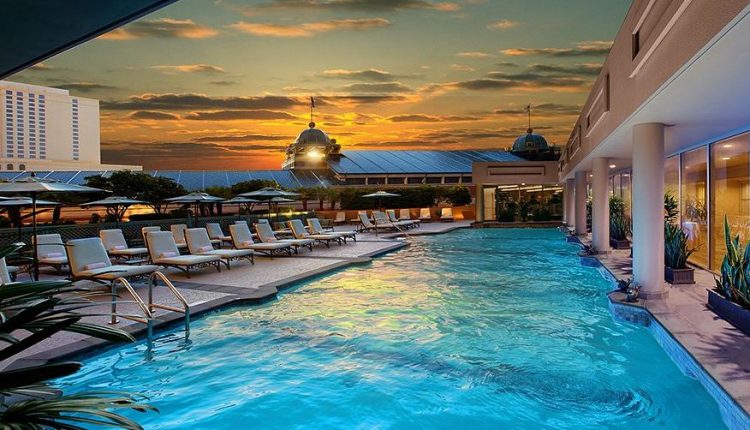 If you’re looking for a hotel in New Orleans that’s not far from the Superdome, the 5-star Windsor Court Hotel is a great option. It’s a luxurious property with English decor, Italian marble covering the bathrooms, and a host of amenities including wet bars, iPod docking stations, and complimentary Wifi. Windsor Court Hotel also has a business center, full service spa, gym, and rooftop pool. In addition to its four on-site restaurants and eateries, the hotel has a tea salon and jazz lounge. 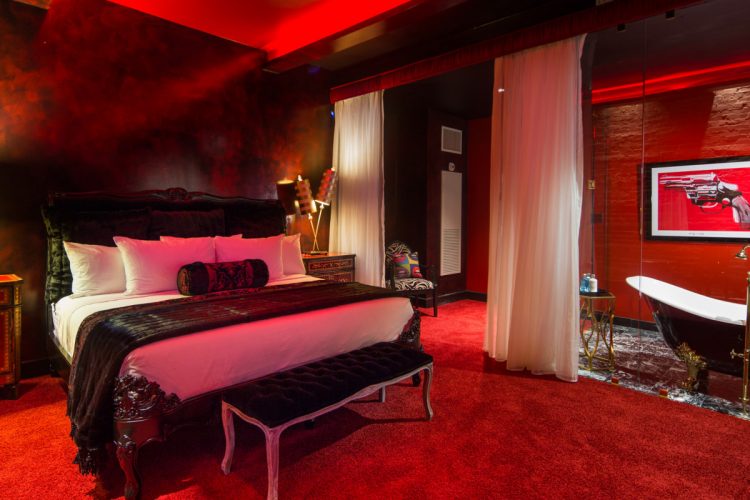 One of the most outstanding 5-star boutique hotels in New Orleans is The Saint Hotel. It’s near the National WWII Museum, Basin at Bienville, and Bourbon Street. A cozy and casual restaurant is on-site that serves Creole cuisine, and there’s also a billiards room and jazz club. The suites are vibrant and filled with interesting eclectic decor and lavish details, while the bathrooms are spacious and feature marble tile and freestanding tubs. The Saint Hotel’s upgraded suites have separate sitting areas, sweeping vaulted ceilings, and glass walled bathrooms.

French Market Inn is housed inside a beautiful 19th century building that’s close to Bourbon Street and Jackson Square. Its grand lobby is filled with period art and decor, and elsewhere on the grounds is a lush courtyard, patio, and outdoor pool. The decor is traditional European, and many of the rooms have beamed ceilings, exposed brick walls, chandeliers, and other charming architectural details. Amenities include flat screen TVs, complimentary Wifi, and coffee making equipment. 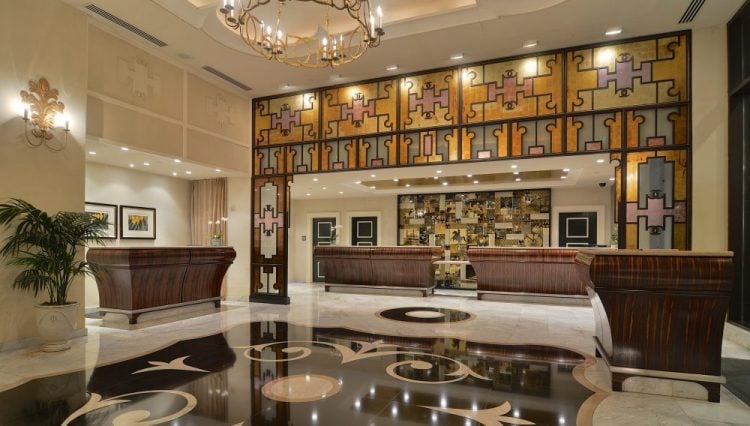 There are many hotels in New Orleans that are located near casinos, and one of the finest is Loews New Orleans Hotel. It’s situated right next to Harrahs and is a short walk away from Morial Convention Center. On site is a restaurant that serves Creole food as well as a bar where guests can nosh on cocktails and a classic American menu. Loews New Orleans Hotel also has a full service spa, business center, and gym with a saltwater lap pool. Rooms at the 4-star hotel feature contemporary decor, a bevy of original art, and gorgeous linens. Upgraded suites include a separate living area. 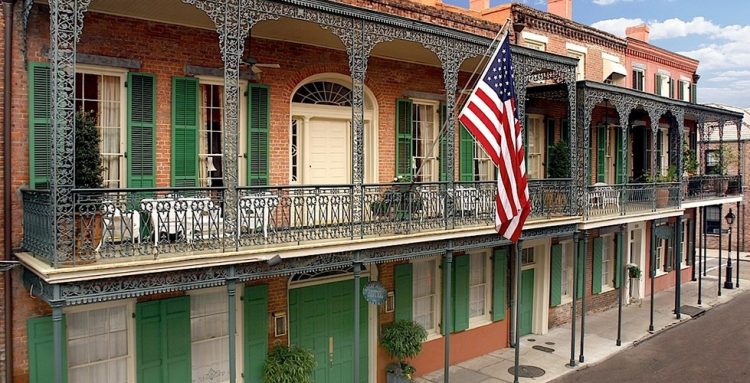 One of the most stunning French Colonial hotels in New Orleans is Soniat House. It was built in the 1700s and is located in the French Quarter just a few minutes from Bourbon Street and the French Market. The courtyards are lovely, and on the grounds is a relaxing patio, ornamental fountains, and two pools. Elegant period decor decorates the rooms, and the hotel’s amenities include microwaves, mini fridges, flat screen televisions, cable channels, and complimentary Wifi.