Home
Business
Technology
How Close Are We to Flying Cars?
Prev Article Next Article 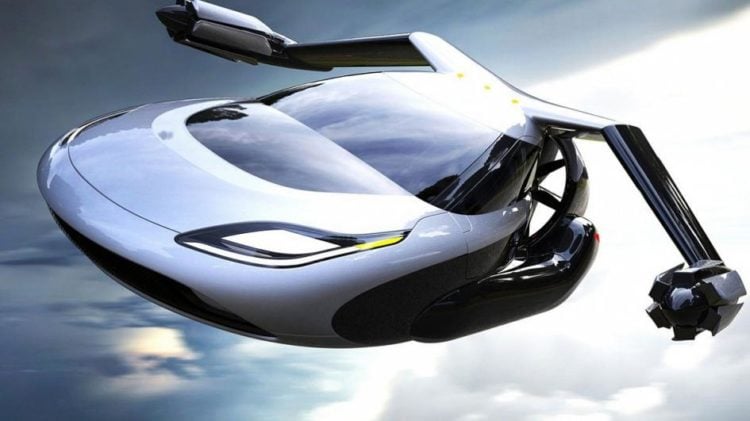 Anyone who has ever seen the 1960s cartoon series ‘The Jetsons’ will remember the family and other characters traveling in flying cars. At that time, the concept of a flying car was almost considered science-fiction, rather than something that would ever happen. Even when the cartoon made a return in the 1980s, it still seemed a very futuristic idea that many doubted would ever happen. However, attempts to create a flying car is not a new thing. One of the earliest attempts was made by famous car manufacturer Henry Ford in 1926, says Wikipedia. The project was soon abandoned when a pilot was killed during a distance record attempt. Despite this failure, Ford continued to maintain that flying cars would become a mode of transport in the future.

The 1940s and 1950s were an interesting period in terms of the development of flying cars, as engineers from across the globe all wanted to make the best flying car. The Soviet armed forces attempted to create a gliding tank, but their project failed as the tank could not fly alone. Organizations in the United States remained at the forefront of the race to develop flying cars. Companies who had ongoing projects during this period included Aerocar, Ford, Hiller Helicopters, and the US Army’s Transportation Research Command. Further progress in this field was made during the 1980s when Fred Barker, a former Boeing engineer, founded Flight Innovations in the mid-80s. He developed a prototype of a two-passenger vehicle that was made using composite materials.

In recent years, there have been some major developments in the design and manufacture of flying cars that are bringing the possibility of them becoming a viable means of transport ever closer. In fact, there are several companies that have successfully developed fully working flying cars. To get to this point, they have faced many challenges. One problem that they needed to overcome was the necessity for a runway, says Living. Driving to a runway to use your flying car, landing at another runway, and then driving to your final destination was not practical and it would deter potential buyers from purchasing a flying car. For this reason, the focus of designers has been on developing vertical take-off systems. This eliminates the need for a runway and the pilot of the flying car can ascend directly into the air. However, this is not the only reason why we do not already see flying cars in daily use, despite their existence. There are many safety concerns relating to the use of flying cars, not least the lack of regulations for the cars while they are in flight. If nobody is monitoring the lower airspace in which these vehicles would fly, then there is a greater risk of crashes and cars dropping from the sky.

Similarly, people must have both an automobile driving license and a pilot license to operate a flying car. This is not a viable long-term option as most people do not have a pilot’s license. To make pilot’s licenses more accessible so that people can use flying cars, there would be a need to deskill the pilot’s license test. This could lead to people who do not have the appropriate flying skills flying these cars, which is another safety issue. A further safety concern is the use of these vehicles in built-up urban areas. Great skill is needed to maneuver the flying cars through built up buildings. If people do not have the appropriate skills, then there is a very real risk of fatal accidents. This is a concern that designers of the flying cars are taking very seriously, as are the aviation authorities. Despite these concerns and challenges, a viable flying car has been achieved. According to The Daily Mail, a manufacturer called Terrafugia began taking presale orders for their two-seat hybrid-electric vehicle in October 2018 with the intention of having the vehicles ready in 2019. Terrafugia is owned by the parent company of Volvo, and they claim that their innovative flying car can travel as far as 400 miles and achieve speeds of up to 100 miles per hour. It takes less than a minute to switch from driving mode to flying mode.

This vehicle was first certified as a Light Sport Aircraft by the Federal Aviation Administration in 2016. Since then, the company has focused on making a range of improvements to their flying car. Some of the improvements include upgraded seats, improved seatbelts, the use of a hybrid electric motor, better airbags, and more luggage storage. They have also added a rear-view camera and a parachute system. This is not the only flying car to hit the market in 2019, as there is also the Blackfly Flying Car, which is backed by Google’s Larry Page. According to CNBC, this flying car will cost as much as a regular SUV and does not require a pilot’s license to fly. This single-passenger electric aircraft was created by a Silicon Valley start-up called Opener. The downside to this vehicle is that you cannot drive it on the road.

Although there are now flying cars becoming available, there is still some argument about the potential of their use for daily travel. Some people have said that they are little more than rich boys’ toys and not something that will appeal to the mass market. There are others who argue that they are better suited to use as a fast taxi service than for personal use. Despite the challenges faced and the ongoing limitations of flying cars, what once seemed like science fiction has now become a reality. There are still improvements to make before they become widely available, but it is a realistic possibility that this could happen in the next decade. Many companies are working on improving their existing prototypes to make this possibility happen.