Home
Technology
How “Grilled Cheese” Satellites Could Change the World 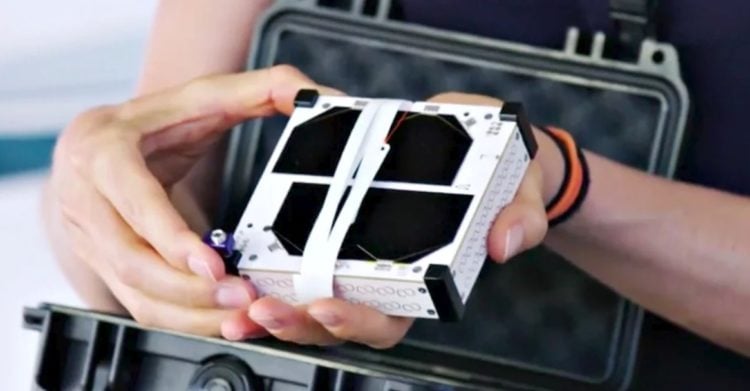 The first thing we need to know about the grilled cheese satellite is why it is named this way. Turns out, it is about the size of a grilled cheese sandwich, though one can fairly ask why not another similarly sized object. So this seems to be the beginning of a new type of satellite technology that has the potential to change the course of the world.

So it is essential to understand the basics of how this new technology works and how it will be applied in the future. First, the initial thrust of the design is to address the future needs of an increasingly technologically dependent world. Of the 7 plus billion people on the planet, those who are without Internet connectivity are among the poorest people and nations. It is impractical at this point (though a goal for the future) to expect broadband speeds with this significantly smaller technology, thus the immediate application is more along the lines of 56k to provided minimal accessibility.

The grilled cheese satellite has no motor, thrusters, or jets, which makes most people wonder how this thing orbits the Earth without any directional control or power. Interestingly, the answer is solar power – but of a different type. There are magnetic fields that surround the Earth, and these in combination with the sun’s radiation can be used to do the job. The actual design of the satellite has its patent pending, so you know that it will be a while before we know all the details.

Next is the cost of one of these things. It can be said without a doubt that it is higher than the cost of a grilled cheese sandwich. The size and mas of each unit is about 1/12th that of the currently used smaller satellites, which means for every one small satellite you put into orbit you can have a dozen, or maybe a baker’s dozen, orbiting the planet. If the grilled cheese satellite can do everything it is hoped to do, then the potential for supplying many of these impoverished areas is multiplied by 12.

As for specific applications, these initial models are hoped to be able to provide basic texting services, which at least allows people from everywhere on the planet to communicate with one another. Transmission of images is not likely to be part of the immediate plan (sorry Twitter) but there is some talk about making connectivity available to the Internet of Things.

These are the basics, so the next step is to consider the real world application for the future. It doesn’t seem to be very hard to miniaturize many electronic components. But the problem for all things miniaturized is how small can something be made and still be useful for humans to repair, modify, or adapt to. Once the initial group of (presumably) test satellites are sent into orbit and found to be a viable solution, there would be research done on how to increase connection speeds while at the same time being able to adapt the human devices on the Earth to accommodate the extra capability.

This issue of potential technology and human usability may be what makes or breaks the future of this grilled cheese satellite. Further studies have to be performed on the effect of these satellites finding their way via magnetic currents and the long term effect of the effect. It can be asked what will happen to these smallish satellites when their useful life has been reached and they plunge into the atmosphere. If they simply burn up with zero debris hitting the planet, this idea may deserve more merit than just a low tech way to solve what is likely to be only a temporary problem.

Also, the technology cannot be rushed to advance to the next level because the targeted users are not likely to have the education or knowledge to use many of the more sophisticated aspects of the devices. Many people in first world countries have trouble maximizing the use of the existing technology, so it is quite a hurdle to expect those in third world countries to adapt within a few years. One aspect of the technology worth thinking about is whether the first world countries are getting ahead of themselves, not intentionally, but because few if any of the developers have lived in third world countries for an extended time and truly understand the challenges from a cultural perspective.