Each year, more than half a million new business establishments are launched, creating more than 2.5 million jobs. America is home to another 23 million non-employer businesses, which, according to the Census Bureau, run “the gamut from old-fashioned family-run corner stores to home-based bloggers.”

This problem is compounded by the estimated 90,106 state and local governments in the United States (as of 2012), each with their own varied authority to promulgate rules and regulations. Their rules and complexity continue to harm to America’s small business.

While many are familiar with the over-regulation at the federal level, I focus this article on an area in need of research and action for state and local governments. Small businesses have to deal with an ever-expanding and out of control regulations from state and local governments to start a business, apply for a business or occupational license, hire employees, pay taxes, enforce contracts, and even close a business. Local governments such as Palm Beach County, FL tax businesses to death, hire and deploy workers who believe that it is their job to be non-responsive to the needs of small businesses and exists it seems to put small business out of business. For example, a company in West Palm Beach, Florida is building a prefabricated sterile pharmacy in an existing structure. Although the City of West Palm Beach has no experience with such a building, they insist that a permit is needed. Asked what kind of permit, they replied that they did not know. So, how could you have a business put in place a permit that you will issue when you don’t know what kind of permit is required?

The company solves at considerable expense, the permit issue. They call the Fire Inspector. He responds that he does not come out to tell the business what is needed. He only comes out after the sprinklers have been installed and at that time, if he decides the fire suppression system does not meet code, the business will have to replace it at its cost.

Cities such as West Palm Beach, Florida don’t care about impact, they care about regulation. The problem with this approach is that the money that they are forcing the company to spend is money that can be used to employ more people and contribute to the tax base and the economy. This short-term thinking is what empty city coffers and can lead to over taxation and businesses and their employees moving out of the county. Too many local governments have taken up the over-regulation approach loved by the federal government. It has not worked at the federal level, what makes them think it will work at the local level?

According to The Chamber of Commerce, “An aspiring business owner may face the challenge of having to deal with regulations and rules promulgated and implemented by multiple state and local governmental units, in addition to dealing with federal requirements. While each state and local regulatory climate is different, the very amount of points of contact to be navigated presents a potential stumbling point to small business establishment and growth in all areas of the country.”

We small business owners know how to run our business without over-regulation and unnecessary political interference. In fact, if we ran our business the way the local governments run their cities and counties, we would be out of business. We are not anti-regulation, we are anti-over regulation. We are not anti-safety, we are anti-political insanity. It is time that small business owners at the state and local level work with their Chambers of Commerce to provide them with data on the negative effect of unnecessary regulation at the state and local level. It is also time that state and local Chambers act deliberately and aggressively to frontally attack over-regulation, the fundamentals of the economy depends on it. 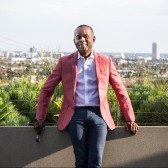 Dr. Christopher Metzler is a political pundit, government strategist, global thought leader, legal scholar, and serial entrepreneur. An on-camera Television and Digital Personality, he is best known for going beyond the talking points with in-depth reasoning, modern-day voice, and analysis. During regular appearances on CNN, ABC, MSNBC, Fox News, Al Jazeera, HLN, Newsmax, CNBC, OAN, WHDT TV, BBC, Tv ONE, News One, Celebrity Page TV, Afterbuzz and more, he provides expert commentary on U.S. and global affairs, politics, human rights, human capital, diversity, healthcare, sexual harassment, trending topics, and law. He has also been featured on the Washington Post, WWD, Money Inc., Page Six, Managed Healthcare Executive, The Wave, UBC TV, Radar Online, The List, PBS, Who’s Who of the World, AURN, Amp Magazine, Trump Report, Black Hollywood Live, Book Circle Online, NPR, Dr. Drew, Coffee With America, etc. Educated at The University of Oxford in Oxford England and Columbia University, he is also a member of both Oxford University and Kellogg College at the University of Oxford.  Dr. Metzler obtained a Ph.D. in International Legal Philosophy from The University of Aberdeen. A former faculty member at Cornell University, he was also a professor at Georgetown University where he also served as Senior Associate Dean of Applied Management Degrees at Georgetown University. Today, he is a Senior Fellow at the Thomas Jefferson University Institute of Emerging Health Professions — home of The Sidney Kimmel School of Medicine.  A seasoned, conservative political operative, Dr. Metzler has worked on major political campaigns providing appropriate messaging and strategic advice as a direct link to the governing party as well as the Republican party. The ultimate global Insider, he has become one of America’s trusted crisis managers by flying under the radar helping Politicians, World Leaders, Sports and Entertainment figures, and other high-profile individuals in difficult situations. Since the start of his career in 1992, as a Legal Scholar, Dr. Metzler has worked in over twenty countries providing advice on Geopolitics, emerging markets, International  Law, International Humanitarian Law, Diplomacy, and related topics. He is frequently called upon as an expert witness in state and federal courts on legal issues and travels extensively speaking to colleges, private organizations and businesses throughout the United States and abroad.  A non-Executive Chairman in the global healthcare enterprise, Dr. Metzler’s business portfolio spans wide in the medical and Management Consulting fields, where he is  CEO of Gordium HealthCare, City Place Pharmacy, Next Generation Labs, JMI Consulting, Medicine on Wheels, 911 Urgent Care, FHWFIT and others. Author of The Construction and Rearticulation of Race in a “Post-Racial” America (2008), Dr. Metzler’s forthcoming works include Divided We stand: The Quest for America's Soul (Post Hill Press, 2018). In the charitable sphere, he serves on the boards of The America Red Cross and The ARC. He also works tirelessly at All Saint’s Soup Kitchen in Fort Lauderdale, FL providing meals, clothing and other assistance to the homeless. Dr. Metzler can often be seen on red carpets, charitable events, enjoying life, and putting forth muscle to MAKE AMERICA NICE AGAIN.