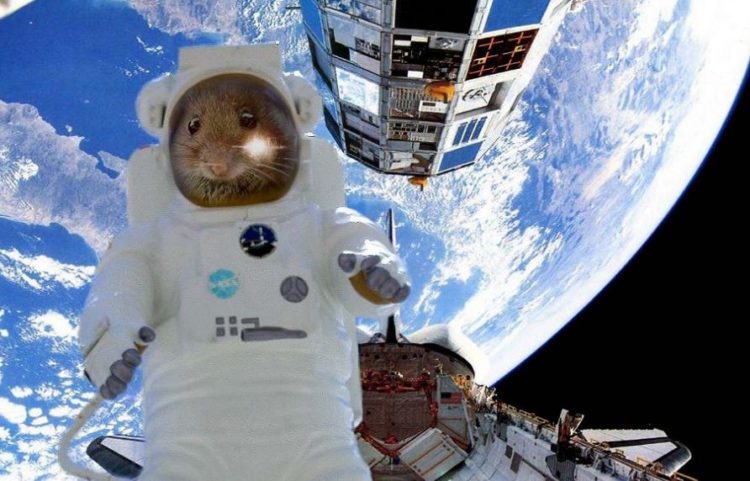 The future is indeed happening now, and when it comes to the future, there’s no future that will not involve space exploration. Headlining that progress is Elon Musk’s SpaceX venture, whose primary goal it to explore humanity’s future in space habitation. Just last month, SpaceX launched a rocket from the Cape Canaveral Air Force Station in Florida that’s headed to the International Space Station (ISS). This rocket carried 20 laboratory mice—what some are dubbing to be the future of space travel.

The mission is to research and study how space affects the circadian rhythms of the mice. It’s also meant to give us an idea of how space can affect the microbiome and other physiological processes as well. All of this is part of a study by Northwestern University’s Center for Sleep and Circadian Biology. The 20 mice will be split into two groups. The first group of ten will spend 90 days in orbit at the ISS, while the other group of 10 will return to Earth after only 30 days of being in orbit.

This study is supposed to be a continuation of NASA’s Twin Study that involved famed twin astronauts Scott and Mark Kelly. Scott Kelly spent an entire year on the ISS while his twin brother stayed on Earth. The study was fruitful, as the resulting comparisons between the twins’ genome showed that Scott’s time in orbit actually had an effect: it altered the expression of about 7 percent of his genes.

That study was duplicated this time around with the mice. All the 20 mice have twin siblings that stayed on Earth at a NASA facility. These homebound mice will experience the same stimulus and conditions as their space siblings. This will allow them to serve as a better control group.

We all know that mice and humans are quite different, but scientists are adamant that this particular research will give us a better and more accurate depiction of how the body can be truly affected in space. This study will provide a better baseline for comparison, even more than the Kelly study did. This is an important step towards the goal of space travel, especially considering that there are many possible implications to this venture. Humans have a basic idea of what exposure to space could really do. There’s vision loss, cancer, and other physiological ailments. However, prolonged exposure could be host to an entire set of new problems or more heightened issues for that matter.

Since the overall goal of the mission is how humans could possibly survive a mission to Mars and its atmosphere, every single step in the research process is vital to the overall success. Space travel is as tricky as it gets, but we all trust that the scientists know the process and know what steps are needed to take us from Earth to survival in Mars ultimately. Travel time to Mars alone will take several years, so before we could ever send any person that way, as many questions as possible need to be answered thoroughly. We also need to know and theoretically answer as many answers as possible in order to closely predict what possibilities there could be as far as travel to Mars is concerned.

The research on space travel’s effects on mice will shed a light on how a significant amount of time outside the Earth’s atmosphere could really affect our bodies. 90 days to Mars may not seem like a long time, but that’s an equivalent of nine years in a person’s life. There are a lot of sacrifices that will come later on when we’re actually ready for that kind of space travel, and the people at SpaceX wants to guarantee that the sort of travel will not be in vain. By the time we get to that point that we’re ready to send a person to Mars, we’d already have a better idea on how to handle the time changes, the effects on mental, emotional, and psychological health, and everything else that happens when someone travels through space. A good reminder is that we’ve done this before to the moon. It’s just about time that we start as a planetary species to go farther and deeper into the vast expanse of space.