Home
Home
How Much Does a Kitchen Remodel Cost? 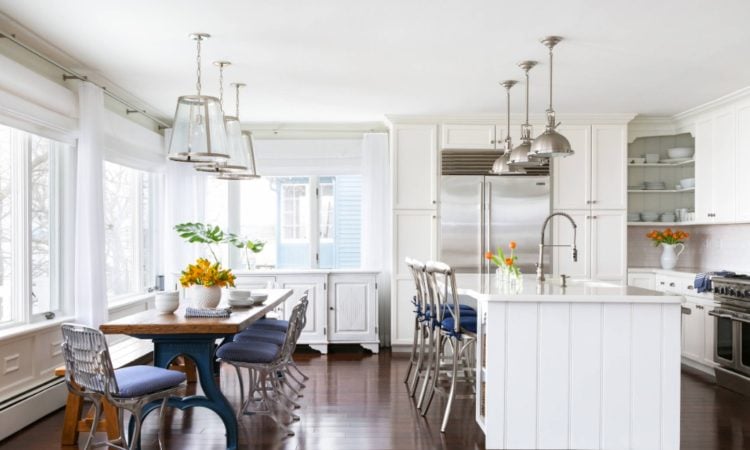 Home remodeling is a popular topic. This makes sense because making improvements to a home makes it that much more comfortable to live in, meaning that homeowners have clear incentives to engage in remodeling when they feel that the expected benefits outweigh the expected costs. For that matter, it should be noted that this is true for people besides the homeowners as well, meaning that remodeling can have a very noticeable impact on the home’s value on the real estate market. With that said, it is important to note that different remodeling projects have different effects, meaning that some remodeling projects tend to offer better value than others.

Why Is a Kitchen Remodel So Important?

In particular, the kitchen tends to be a room in which remodeling projects offer great value relative to their cost. Primarily, this is because the kitchen sees so much use. Simply put, there isn’t a person on the planet who can survive without eating and drinking on a regular basis. Certainly, there are some people who will eat out most of the time, which has a corresponding effect on their kitchen usage. However, said individuals tend to be the exception rather than the rule, meaning that most people can expect to make a fair amount of use of their kitchens over the course of their lifetimes.

There are numerous factors that can influence the cost of a kitchen remodeling project. For example, an extensive change is going to call for the services of an architect, whose services can cost somewhere between $60 and $125 on an hourly basis. Something that can quickly add up. Likewise, someone who isn’t sure about what they want but is curious about the possibilities might want to call in the services of a kitchen designer, who can help them realize their own desires by providing their expertise and experience. Unfortunately, kitchen designers don’t come cheap, seeing as how their services go for somewhere between $40 and $75 on a hourly basis. As for the actual people who will be responsible for carrying out the kitchen remodeling, well, suffice to say that interested individuals can end up paying somewhere between $300 and $500 for the contractor, which isn’t actually counting the $150 to $250 for the additional people who will be helping out with the remodeling.

Due to this, interested individuals might want to set a budget for what they are prepared to spend on their kitchen remodeling project. For that matter, if the amount of the value added to their home’s price on the real estate market is an important consideration, they should set their budgets based on what they can expect to add so that they won’t overshoot by paying for more than what they will see in home appreciation. It can be tempting for people who are overloaded with choices to just go for whatever seems best to them, but for most people, that is a very impractical choice because the sheer range of options out there means that they are likely to overshoot their expected benefits very fast. Something that is particularly true because there comes a point when the luxuriousness of kitchen features can actually make it more difficult to sell a home because most homeowners won’t need them, which will make for a longer sale time as well as a potentially smaller profit because of reduced competition.