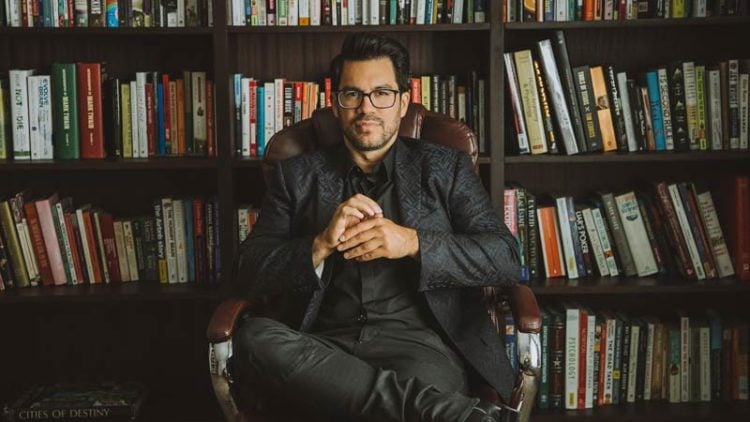 Rags to riches stories are perfect examples of the American dream, but these tales often seem too good to be true. However, some people really do go from having nothing to becoming multimillionaires. One such person is Tai Lopez who claims that he went from having less than $47 in his bank account to achieving a level of wealth of which most people can only dream. Although his exact net worth is something he has never revealed, his vast mansion and his garage full of luxurious cars show that Lopez is certainly a very wealthy man indeed. So how did this entrepreneur go from having nothing to living the dream lifestyle and not having to worry about money ever again?

If you haven’t heard of Tai Lopez, then you may first of all be wondering what on earth he does to make him so rich. He is a life coach and an Internet sensation that posts informative videos to educate people on how they can make positive changes to their lives. He is certain that everyone can make the change if they want to and that people do not have to live an unsatisfactory life.

Even as a child, Lopez wanted to become an entrepreneur. The first sign of this was when he started selling his mother’s tomatoes. When this wasn’t profitable enough for him, he moved on to making and selling lemonade with sugar. He continues to use the concept of people wanting lemonade and not tomatoes when he is creating his media content.

His mindset is different to that of most people as usually, people have a dream lifestyle and then try to fight their way forward to achieve this. According to Lopez, this is the wrong way of doing things and they need to work backward instead. His coaching teaches people that they should think of their dream life and then work backward in stages to identify a process that will help them to achieve this. He believes that this gives you the passion to succeed.

Reading has also played a vital role in Tai Lopez becoming a multimillionaire. He is constantly reading and believes that educating yourself is a lifelong process. He is also an advocate for college education as he thinks this experience gives you the knowledge and skills to succeed. His own reading material varies autobiographies and celebrity stories to self-help books and everything in-between. His reading material has inspired him to share stories as examples of how to succeed and this has helped him to develop a following.

A further way that Lopez has become rich and famous is for his development of the ‘Daily Brain Budget’ concept. The idea of this is that you need to invest in yourself to become a success. Lopez says that you should dedicate a certain amount of time to yourself and your own development if you are to achieve your full potential.

One of the things that Tai Lopez is most famous for is the video blogs he posts that feature him sitting in the garage of his mansion in California. When he started posting these, they went viral. Few people realize that he actually shoots several versions of the same vlog before selecting his favorite to post. He believes that repeating and testing can get you optimal results. In his opinion, an important element of becoming a successful entrepreneur is to constantly try things out and evaluate ways in which you can improve.

Another way Tai Lopez has earned his millions is by offering a consultancy service to coach people and teach them how they can build a personal brand. Depending on the job, he charges anywhere between $1,000 and $1 million for this service. He personally built his brand around who and what he is as his experience has shown him that you have to be authentic for people to get on board with your ideas and trust what you are telling them or selling them. He has done this so successfully that he has many social media followers and people are keen to hire his services as a means of achieving the same level of success.

Although his coaching does follow a step-by-step formula, Lopez is quick to point out that this will not necessarily be successful for everyone as each person is an individual. However, they can learn from the basic principles of Tai Lopez’s approach and apply these accordingly.