Home
Business
How ThinkGeek Became a Force in Retail 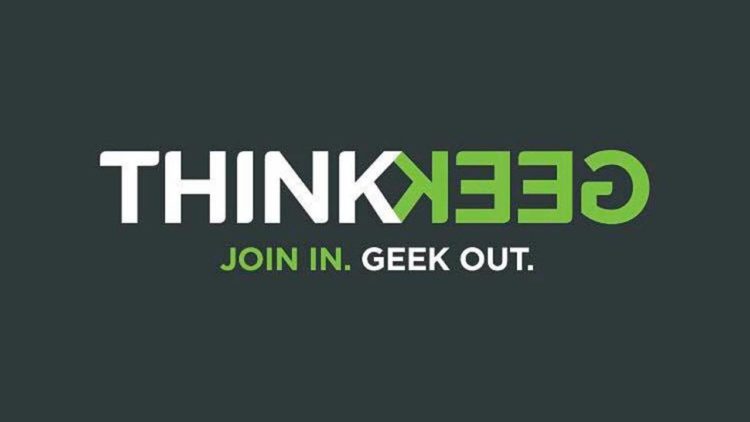 Computer enthusiasts are the target audience of the American retailer that goes by the name of ThinkGeek. The company was founded in 1999 in the city of Mclean, Virginia. They sell everything from scientific gadgets and caffeinated drinks to novel computer peripherals. Entering its second decade of existence, here is how ThinkGeek came to be a force in the retail industry.

The four founders of ThinkGeek got together in 1999 to work on a side project for their small internet startup. Willei Vadnais, Scott Smith, Jon Sime and Jen Frazier had no idea that this would become such a large endeavor when it first began. They set the launch date for the new site for August 13th of 1999. By October of the same year, a Boston tech news publisher called Andover.net bought ThinkGeek. In turn, Andover.net was acquired by VA Linux out of California. Before it even had a chance to get into its full swing, it had already changed hands several times. Eventually the VA Linux company changed its name to Geeknet and it remains the parent company of ThinkGeek.

With an obvious edge in the retail industry, two large retailers were battling over obtaining controlling shares in Geeknet as well as their subsidiary ThinkGeek. Hot Topic was one of them and they made a big for shares which placed the company at a value of $122 million, but a few days after they made their bid an anonymous company made a counter offer that was a few dollars higher per share. They gave Hot Topic a few days to beat the highest bid but they declined and the mysterious bidder was announced as the winner and revealed to be GameStop. They had spent $140 million to secure the deal which was finalized July 17 of 2015.

Up until September 25 of 2015, ThinkGeek had been an online only retailer. This was its first debut to the public as a brick and mortar store in the United States. The first outlet was opened in Orlando, Florida at the Florida Mall. It was followed by a total of 25 more retail stores in 2016. The store was so popular that it opened up an additional 25 international stores. It became popular for its omni-channel platform that offered a seamless shopping experience which included ship to store options and store pickups.

ThinkGeek came up with a brilliant customer rewards plan that allowed them to earn rewards when they buy more products. It’s a points for reward system and they call them Geek Points. The majority of the products that they sell are licensed through fantasy media and science fiction franchises. These include the major classics including Marvel Comics, Firefly, Star Wars, Star Trek, Doctor Who, The Big Bang Theory and Minecraft, just to name a few. They offer a variety of other products featuring cultural icons like Schrodinger’s Cat Executive Decision Maker and Magic 8 Ball. They sell a lot of different products including clothing, candy, electronics, and much more. Part of their amazing success has been in the variety of different products that they have to offer.

When it comes to understanding their customers with regard to preferences in merchandise and shipping, ThinkGeek has nailed it on the head on both counts. They provide a range of products which are both useful and novel. Sales have continued to skyrocket and the company has risen to almost unbelievable heights. The products that they offer both online and in their brick and mortar stores are in demand and they appeal to a specific population which ThinkGeek marketers have identified as those who are into pop icon items as well as fantasy and science fiction with computer novelties.

Dedication to their niche

The retailer is a virtual haven for people who fall into this niche category and it’s a store that has many loyal customers who are repeat shoppers and the rewards system is even further incentive for them to increase their buying. They’ve developed a solid and stable business and add new products and features that are changing with the times. With all of the possible markets covered in the niche, they’re reaping the benefits of thoughtful planning and launching their advertising campaigns. ThinkGeek has even established a novel campaign that involves setting up a fake website on April 1st to offer a variety of novel and funny items. They’ve taken out all of the stops when it comes to keeping their clientele both amused with their entertaining marketing methods and products, while offering solid services that everyone seems quite pleased with.

ThinkGeek has truly become a major force in the retail industry. This large and successful company started out as an idea among 4 colleagues which turned into little more than a side project. Shortly after it was launched, it was acquired by a large company and ThinkGeek’s parent company has changed hands several times, but this hasn’t been a negative. In fact, each new transfer of ownership put it in an environment with good financial backing that helped the company to grow and to thrive. It sells the products that customers in its niche are interested in buying and it offers the kind of shipping options that keep them coming back for more. When it comes to assessing what consumers want, they’re absolutely brilliant and this is the story of ThinkGeek and how they have become such a major force in retail. They’ve become one of the largest and most successful retailers within their niche.