Home
Travel
Is The IATA Travel Pass App Worth Getting?
Prev Article Next Article 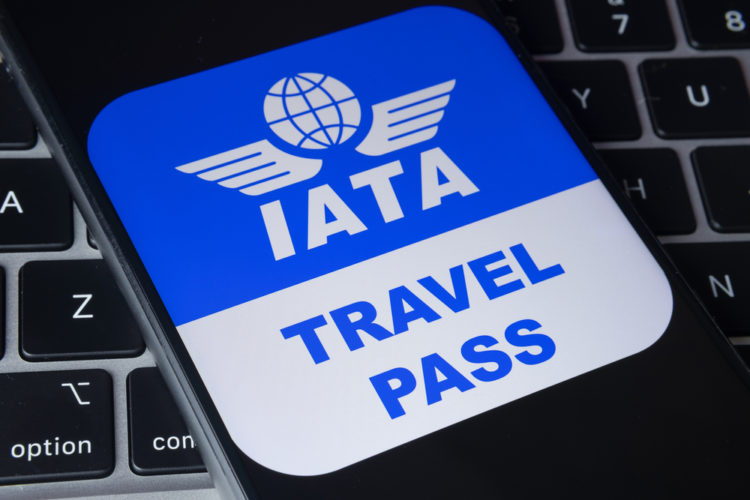 Is the IATA travel pass app worth getting? If you travel a great deal, you may already be well aware of the potential benefits associated with downloading this app and using it on a routine basis. On the other hand, those individuals who don’t spend a lot of time traveling may not have taken the time to download it just yet. As a matter of fact, those who don’t spend a lot of time traveling by airline may not even be fully aware of what it is. That’s largely because those who do spend a lot of time traveling have had more than their fair share of exposure to the app, as it’s regularly advertised in these circles. However, those who don’t travel a lot may not have heard of it because it’s hardly ever advertised in the more traditional sense. If you are traveling for the first time since the pandemic began, you could potentially make things a lot easier on yourself by downloading the app. In fact, there are some genuine benefits that are commonly associated with doing so.

Let’s say that you are traveling for the first time in a number of years. If that’s the case, you may be wondering what the IATA travel pass app even is. Suffice it to say that it is an app that has been designed by the organization that can help you electronically track your COVID vaccinations and other pertinent information. When you got your vaccine, you were given a card that served as proof of having had that vaccine. As such, information such as the vaccine provider was included on the card, as well as the date that you received each dose and which particular dose was used. These cards have become invaluable. Depending on where you live, you may or may not be able to gain access to a variety of buildings because of the presence of that particular card. The same is true when it comes to getting on an airplane. Depending on where you’re going, you may be required to show proof that you’ve been vaccinated and that you’ve had the booster shot, provided that your vaccine was received fairly early on after it was developed. As long as you have this card, you might be allowed to travel in a fairly normal way, almost as if the pandemic wasn’t still raging. On the other hand, those who aren’t able to prove that they have been properly vaccinated may actually be denied the ability to board an aircraft in the first place. Therefore, the information contained on that card becomes very important because it has a direct impact on what you are and are not allowed to do. Regardless of your personal position regarding the vaccine, the truth of the matter is that you have to have that card in order to be allowed access to flights and other things. Without it, you’re severely restricted in the types of activities that you can participate in. The app essentially allows you to transfer the information on your card onto the app. It’s more convenient because you don’t have to worry about having that physical card with you at all times. Furthermore, it serves as a backup in case you lose the card or in case it becomes damaged.

An App That Keeps You From Getting Grounded

There’s no doubt about it, this is the app that can be the deciding factor in whether or not you are able to fly to your destination. That means that it’s absolutely crucial that you have it, but it doesn’t necessarily mean that it’s perfect. The truth of the matter is that there are still a number of bugs that they are trying to work out in relation to the app itself. For one thing, there have been questions about whether or not the information on the app can truly be trusted. Unfortunately, some individuals have tried to add data that isn’t accurate onto the app in order to bypass the need to get a vaccine. That has prompted the IATA to require proof of everything before that information can officially be placed on the app. This in turn has caused people to start asking questions with regard to the booster shots. More specifically, how are you supposed to update information on the app when it’s unacceptable to simply add that information manually? For now, the thought process is that you will be able to take a picture of your card that shows all of your COVID vaccine information and then upload that into the app. It’s still not a foolproof solution, but it is better than nothing. For now, it’s also the system that a lot of airlines are using, so it’s better to download the app and have the information available than to try and circumvent it all together and end up being pulled aside or worse yet, not being allowed to board the aircraft at all.

Another Level of Security

In addition to uploading information that is strictly related to vaccinations, you can also upload information regarding all of your COVID tests. This is exceptionally important for a number of reasons, not the least of which includes the fact that you may not be granted access to your destination unless you can prove that you’ve not only been vaccinated, but also that you’ve tested negative for the disease within the last 48 hours. The app also provides pertinent information with regard to your specific destination. It can get quite confusing because you might be granted the ability to fly to a specific destination without getting an additional COVID test in one location, but not in another. This information typically changes on a regular basis. Having something that you can use to manage that information is extremely important because it allows you to get the necessary testing (and have proof of it) before your flight as opposed to having someone tell you that you can’t fly to your destination until you get a test at the last minute. As you can see, there are quite a few benefits associated with downloading this app. It is available for both iOS and Android applications, so it can be used by virtually anyone with a smartphone. It’s also free to download. All things considered, it’s definitely worth downloading. As a matter of fact, it’s something that you should probably go ahead and do, even if you don’t have any concrete travel plans for the foreseeable future.