Home
Business
If a 70% Tax Rate Existed, Who Would Even Pay It?
Prev Article Next Article 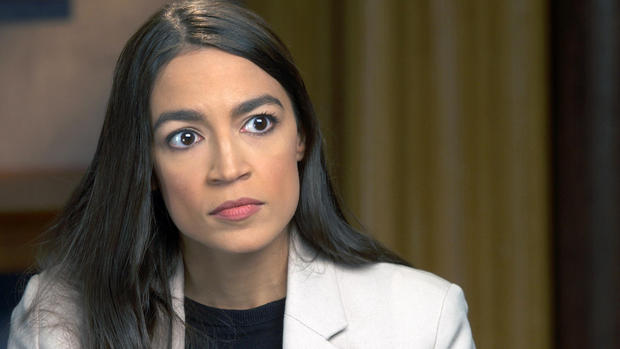 With the Democratic Party currently in charge of the House of Representatives it can be expected that a swarm of new economic proposals and programs will be passed and submitted for consideration by the Republican controlled Senate. This smacks of future financial gridlock as evidenced by the current government shutdown and the refusal of both parties to act in the best interests of the American people.

In pursuit of a politically liberal economic agenda, newly elected Representative Alexandria Ocasio-Cortez said that part of her solution to the nation’s problem of climate change is to raise the federal income tax rate to 90 percent on individuals making more than $10 million a year. Her ideas came under fire from both political and economic experts, and a sufficient amount of analysis has already been done on the kerfuffle.

One point of contention is that back in the 1950’s and 1960’s the income tax rate was indeed 90 percent, so if it worked then why couldn’t it work now? This is Ocasio-Cortez’s argument but is nothing new, as many Democrats have supported such an idea for many years. The counter argument is that raising the tax to 90% would only affect about 16,000 total Americans who currently earn that magic number of $10 million, and its actual impact to improve the economy or pay for Democratic projects would be very limited.

There are three problems that go unnoticed here.

First, taxing “the rich” at 90% is only an income tax. It is not an asset tax (but we shouldn’t give the Democrats any ideas). People like Bill Gates or Jeff Bezos are not likely to be affected much when it comes to their billions of dollars of assets should such a tax hike actually get signed into law. In fact, they could simply stop working and live off of their current bank accounts that are not subject to any tax at all.

Second, the population of the United States back in 1950 was only 150 million people. The number of people who were able to make millions and billions of dollars, numbers that we throw around today as common language, were far, far fewer. Therefore, there was actually less tax revenue to be had from “the rich” even with the 90% rate. The 1950 total debt projections for the Federal government were about $250 billion, and the amount projected to be collected from all taxpayers, including those at the 90 percent rate, was just under $20 billion. Compare those numbers to today’s deficit of $21 trillion and tax receipts of $1.62 trillion in a country that has twice as many people than it did in 1950.

Third, the growing population combined with a fewer number of people who make $10 million or more will force more people to be included in the higher tax bracket. U. S. Census Department data shows that the U.S. population will exceed 341 million people by 2020. Do advocates of the 90% tax bracket believe more people will be in the exclusive $10 Million Club to help pay for the proposed projects that will last 5 and 10 years into the future? Wealthy people will simply hit the brakes on their taxable income to avoid paying the 90% rate simply because they have no reason not to.

Apparently Ocasio-Cortez does not understand the reality of a progressive tax rate where raising the top wage earners tax rate to 90% will only result for those in the $10 Million Club paying 24% on income over $10 million. That would not even come close to funding much of anything, especially given the current state of the Federal deficit.

Though Ocasio-Cortez has been hammered on this issue, the truth is that to politicians, taxpayer money in Washington D.C. is a drug. Regardless of who is President or who controls the Congress, spending continues to increase and the possibility of elected officials restraining their spending habits is similar to asking an alcoholic to stop drinking voluntarily. What would likely happen is that any proposed program expected to be funded by new tax revenues would get bogged down in red tape, the additional revenue would cease being directed to the program, and in the end would find itself appearing elsewhere in the Federal budget.

So any suggested increase in the maximum tax rate will almost certainly be tied to some type of government program, either an attempt to reduce the deficit or enact a new program that will be said to benefit the country. Republican or Democrat, ask yourself when the last time that happened, and how did it work out?