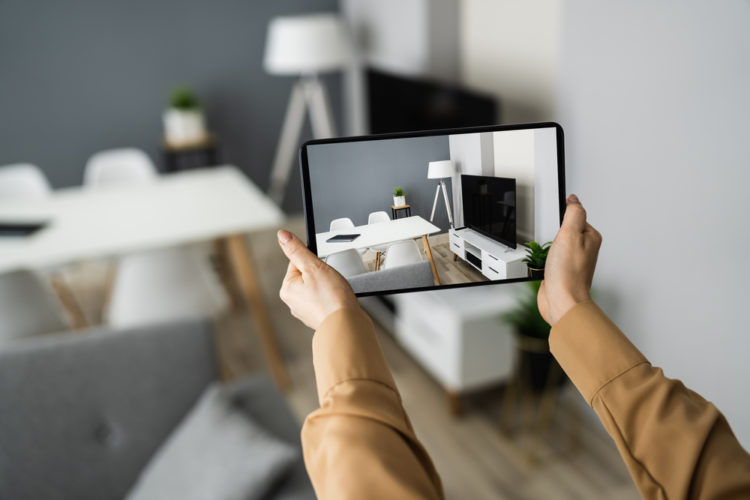 Virtual real estate isn’t a new concept. After all, virtual worlds  have been around since before the popularization of the Internet. For proof, look no further than MUDs and MUSHes, both of which are still around in the present time. In any case, as virtual worlds became more and more sophisticated, it was inevitable that virtual real estate would emerge. One excellent example can be seen in the numerous MMORPGs that have housing systems. However, that isn’t the kind of virtual real estate that has been making the news in recent times.

Did You Know that People Are Spending Huge Sums of Money Investing in Virtual Real Estate?

Why Are People Spending Huge Sums of Money Investing in Virtual Real Estate?

It is hard to say why people are spending so much money on virtual real estate. After all, it can be difficult to explain economic trends even under the best of circumstances. Never mind when it comes to something that hasn’t been investigated at length. However, there are a number of potential explanations that have been brought up.

For starters, something becomes viable as an investment when people believe it to be viable as an investment. The classic example would be the tulip mania of the Dutch Golden Age. Modern researchers are skeptical of the more outlandish claims about its impact. However, there is no doubt about the fact that there was a frenzy of speculation over tulip bulbs for a short period of time in the 1630s. Similarly, other strange investments have shown up again and again. To name something more recent, most people would react poorly if they were recommended stuffed toys as a serious investment. Even so, there were real people who bought into the idea of Beanie Babies as a viable investment in the 1990s, so much so that they sunk a considerable amount of money into those stuffed toys in anticipation of being able to reap the rewards in the future. In comparison, virtual real estate looks much more viable. There are a lot of parties that have been pouring a lot of money into such assets. After all, people don’t just spend the equivalent of a few million dollars on a single investment without that kind of interest fueling everything. As a result, such activities make virtual real estate seem like a viable investment, thus generating further interest in such assets.

Of course, hunger is driving a great deal of this interest. Based on those numbers, it should come as no surprise to learn that virtual real estate has been seeing massive appreciation, so much so that some people have been reaping exponential returns. That kind of thing tends to be very attractive to interested individuals, thus encouraging them to buy, hold, and sell. Simultaneously, it is much easier for interested individuals to benefit from that massive appreciation. In part, this is because of the bullish market, meaning that there are a lot of people who want to buy in. However, it should also be mentioned that virtual real estate is both less expensive and less complicated than its real world counterpart, thus expanding the pool of potential investors. Combined, these two factors have contributed much to the speculation in said market.

Having said that, there is a certain edge of fear to this hunger as well. There are a lot of people who remember missing out when Bitcoin was launched. Said event was greeted with understandable skepticism. However, if they had jumped in when Bitcoin was still cheap, they would be very rich in the present time because Bitcoin has seen an absolutely ridiculous amount of appreciation. Those people are now seeing the emergence of something that seems very promising, so it is natural for a lot of them to be driven by the concern that they will miss out on another great opportunity to enrich themselves if they show hesitation once more. Of course, there are also a lot of people who weren’t quite old enough to invest in Bitcoin when the cryptocurrency was still cheap but were aware enough to take an interest in it. As such, even though they didn’t miss out, they are still driven by the same concerns towards the same end.

Moving on, there are some theoretical uses for virtual real estate as well. Investments don’t necessarily have to have a great deal of practical value for them to be valuable. However, it is definitely something that can help out, particularly for people who struggle with wrapping their head around the idea that value is subjective rather than objective. What can be done with virtual real estate depends on the capabilities of the virtual world in which it is embedded. Even so, people are already imagining a wide range of things such as renting out virtual real estate, hosting businesses on virtual real estate, putting up advertisements on virtual real estate, and so on and so forth. A process that has been helped along quite a bit by the full range of ways that people increase the value of owned land as well as make money off of owned land in the real world. There is no guarantee that the same things will happen in the virtual worlds in question, but the promise of potential is nonetheless very visible.

Besides these, there is the matter of being fashionable as well. Essentially, humans have been very concerned about the way that we are perceived since at least the start of our species, meaning that we are willing to go to great lengths to make sure that we are perceived the right way. This can be seen in how people were willing to risk death and serious injury in pre-modern battles for their friends and family members in a way that they wouldn’t for purely material considerations because if they ran or otherwise shamed themselves, they could expect to die a social death in the open sight of their community. Similarly, people have always been willing to pour a huge amount of time, effort, and other resources into presenting themselves in a positive light. Investing in virtual real estate is actually surprisingly useful for this in a couple of ways. One, it enables investors to present themselves as being in the know about finance. Two, it enables investors to present themselves as being in the know about tech. These two fields might not be the coolest things that can be found out there, but it is no exaggeration to say that both of them are regarded with respect by most people.

Should You Invest in Virtual Real Estate?

There is no easy answer to the question of whether someone should invest in virtual real estate or not. In fact, there is never an easy answer to such questions in spite of their seemingly simple nature. This is because different people invest for different reasons, meaning that the context is always extremely important.

People can invest for various reasons. However, the main one is that people want to make a return from their investments. Of course, everyone wants a higher return because that means more profit. Unfortunately, there is an issue in that a higher return means bigger trade-offs. In particular, higher returns tend to be paired with higher risks, which would be the chance of investors taking a loss. As such, there are a lot of people who are willing to accept a lower return in exchange for lower risks as well as a reduction in other trade-offs. In other words, everyone would want to get into an investment that gives a 100 percent return with absolutely 100 percent assurance, but how many people would stick around for an investment that gives a 100 percent return when there is just a 5 percent chance of that happening plus a 95 percent chance of them losing their investment? These evaluations are much more complicated in the real world, but they are very much a thing that happens.

Virtual real estate seems like the kind of investment that comes with a lot of risks. For starters, anything that sees huge jumps in value comes with a lot of risk. Yes, it is possible that interested individuals will be able to jump in, wait until the value shoots up, and then make a profit by jumping out again. However, there is no guarantee that they will be able to get the timing right, particularly since they need to do so not once but twice. First, they will need to jump in at a point when the kind of virtual real estate that they are interested in retains upward potential. This is critical because if they miss this point, they won’t be able to benefit because their investment won’t increase in value. Second, interested individuals are also going to need to jump out at the right point. If they jump out too soon, they risk missing out on a lot of appreciation, thus reducing their profit by a considerable margin from what could have been. In contrast, if they jump out too late, well, suffice to say that often-times, an asset that increases in value fast can also decrease in value fast. The problem is that when a situation becomes obvious, it becomes obvious to everyone. Something that doesn’t make for the best selling environment to say the least.

Real world land has certain qualities that mean that interested individuals might want to hold on to it even if its value drops in the short run because there is a very real chance that its value will bounce back in the long run. Meanwhile, the same is not guaranteed to be the case for virtual real estate. In part, this is because so much remains unknown, meaning that it is hard to make a lot of good guesses about what to expect. However, there is also the fundamental fact that virtual real estate is tied to virtual worlds. The real world is always relevant because everyone lives in it. In contrast, the same is not true for a particular virtual world because it is perfectly possible for it to lose relevancy until it is dropped, which wouldn’t exactly do good things to the value of its virtual real estate as well as its other virtual assets to say the least.