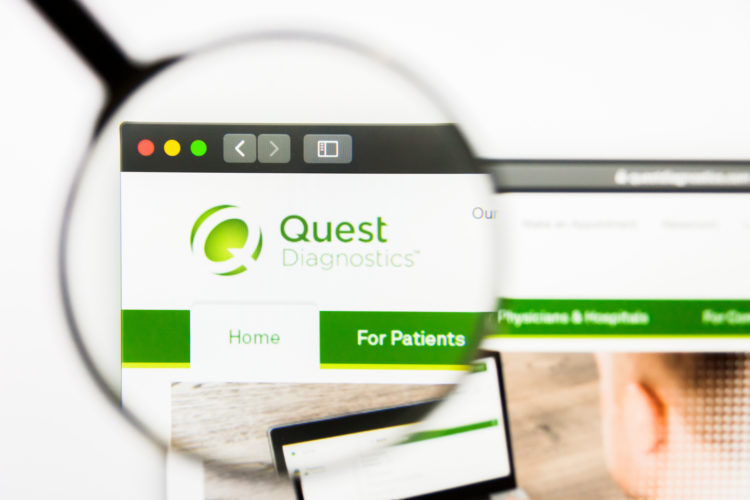 Diagnostic laboratories have found a new resurgence in the recent Corona-induced bear market. One of the most interesting options in this is sector is Quest Diagnostics Inc. (DGX), who offer testing and other various diagnostic technology. The company, first founded in 1967, has been on the forefront of possible solutions to the COVID-19 epidemic. This has been a difficult time for the company, who recently demonstrated the capacity to run 20,000 COVID-19 tests a day. It will be interesting to see if they are able to meet the coming demand in the weeks and months ahead. Testing has seen a bottleneck, so the ability to mass test could generate a large amount of goodwill for the company. The hope is that the prices on the test will fall for the average consumer. This is particularly the case, given that demand has skyrocketed the price of the test for the average patient.

Competency in a Crisis

One of the options that companies have considered for driving the costs down is to cut out the middleman and let the people get tests directly. The goal is to get prices from the $50 to $100 dollar range. Additional costs come from patients who have to go to the doctor or hospital to get a referral. If patients are able to get their testing directly then they will be able to get results faster and cheaper. This also takes a burden off the healthcare system by allowing people to access the tests directly. This could be a major boon for DGX who hopes to increase their spending in this area. Affordable and quick testing could be the difference in saving many thousands of lives, so companies that are able to scale quickly will likely receive a windfall on the books. This accumulation will become more critical as material and demands tighten.

Quest had been coming off several strong reports on the heels of COVID-19. The company was beating expectations as late as the fourth quarter of 2019. The revenue has been steady for the last several years, so there is speculation that increased demand could cause revenues to soar. This is the hope for people holding the stock, which has become increasingly volatile in the last several weeks. It was not too long ago when analysts were predicting that the company did not have enough growth potential in the current economic climate. Given the recent turn of events, these fears have proven to be wrong. It appears now that there is more room for Quest to grow and diversify than ever before. It is important that the company seizes the moment and shines in the spotlight. There will be more eyes than ever on its testing capabilities.

A Swift Move in Action

Quest is in a unique position to capture a bigger portion of market share as they strive to ramp up testing capabilities. If they can convince investors that they are able to run the tests at scale, then they will be able to shore up additional capital for the near future investments. Both investors and the American people are hoping that the company is able to ramp up to meet the necessary scale. It is also a possibility that the company starts working with the states to enable more rapid testing through the drive-through method. This is a common phenomenon that has started occurring across many states as people have started to have their swabs done at a local testing location. Increasing access to testing for COVID-19 is one of the most important aspects of getting the pandemic under control. Any new technologies shared by DGX can go a long way in making the process both smoother and more effective. This goodwill will be put right back in shareholders’ pockets.

However, the current pandemic aside, the company still faces significant problems in the industry. One of the terms that has been throw around recently is reimbursement pressure, or the amount that the company will receive from large entities (government and otherwise) from administering the care. Lower rates of reimbursement mean less money for companies under the pharma branch. This has also been a problem for big retailers who have seen profits decline year over year due to lower rates of reimbursement. This is an existential risk to the company who could see its bottom line cut if the government coffers aren’t as deep as usual. Unfortunately, the most recent situation has made this scenario all the more likely. It is important for DGX to stick to its core competently of testing while looking for others areas to eke out additional earnings. This could be important if lean times are ahead.

Quest Diagnostics Inc. has some interesting challenges to face in the near future. While there is always uncertainty in the markets, this has only amplified in the recent weeks and has left many investors scrambling for the doors. By continuing to offer great products and timely testing services DGX could be in a position to gain market share during the crisis. There has been a particular emphasis on medical services in the past several weeks and that trend is only going to amplify going forward. The company is in a good position to catch some of this momentum and add value in unique places. Drive-through and overnight testing represent major breakthroughs in spotting and finding the disease. It is very possible the DGX could leverage these new technologies to its advantage and modify its approach going forward.

However, there still are larger economic and industry trends at play that could stifle growth and revenues. Investors should be wary of these pitfalls while still keeping an eye on the sector, given the growth that is likely coming down the pike. There is no doubt that mindful investors will be more than interested in what DGX has to offer going forward.