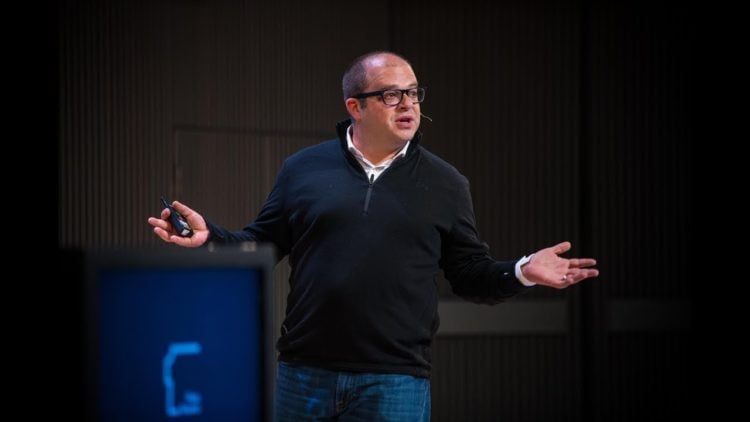 Jeff Lawson is an American businessman who is best known for his role as the CEO of Twilio. Twilio is a company that provides a cloud communications platform. Twilio’s cloud-based appeal to software developers. They use the technology to help companies build automated communications systems. These systems are customized to meet the communication needs of each company. Mr. Lawson has made a large fortune through his business endeavors. He’s a good role model for entrepreneurs who are just starting their careers. Here are 10 things that you didn’t know about Jeff Lawson that you might find helpful in your own pursuits.

1. Jeff Lawson is also the co-founder of Twilio

In addition to serving as the chief executive officer of Twilio, he is also one of the co-founders of the company. According to Crunchbase, Lawson saw the need for enhanced platforms to build communications methods that would solve problems that many businesses encountered. This enhanced communications platform has become a thriving business that helps to meet the needs of companies by streamlining communications processes, thus enhancing overall efficiency in this domain.

2. Lawson is a serial entrepreneur

Twilio isn’t Lawson’s first successful business endeavor. He’s been inventing products and services for more than 15 years. Before he established Twilio, he started a company called NineStar. He was the sole founder and served as the CTO. Before that, he founded Stubhub.com and also took the job of CTO. Before that, Mr. Lawson established Versity. He served in the roles of both chief executive officer and CTO of the company. Jeff Lawson has made a habit of starting new businesses.

3. He’s a native of Detroit, Michigan

Jeff was raised in a Detroit, Michigan suburb. This is where he established his first business. Remarkably, he was only in middle school at the time. This shows that he was born to be a mover and a shaker. From early childhood, he had a feel for where his niche in this world would be with an innate ability to discern what people around him wanted or needed. His analytic mind came up with the solutions to provide them with what they desired, and profit from the effort.

Jeff Lawson graduated from high school and enrolled in college courses. He majored in Computer science and Film/Video at the University of Michigan. He didn’t go far from home to complete his education. He graduated from the institution with a bachelor of science degree.

5. He moved across the country

Although Jeff stayed close to home during his early years, he eventually did relocate. He established Twilio in two locations on the West Coast of the United States in the Pacific Northwest. Twilio is based out of San Francisco, California, and serves the Bay Area and the West Coast clients.

Jeff Lawson stays on top of things in the world around him. He’s big on social media. He has accounts on Facebook, LinkedIn, and Twitter. He shares current happenings in his professional endeavors on the site.

Mr. Lawson knows what it is like to work as an employee. Although he’s been starting new companies since before he could drive a car, he did work at Amazon.com for a while. He accepted a job as a technical product manager in September of 2004. He remained at the post for 1 year and 3 months, leaving in November of 2005, according to his Linkedin page.

8. He sticks with a new company until it’s firmly on its feet

Jeff Lawson likes to see his projects through to completion. In most cases, he has stayed with his new businesses until they were firmly established. The shortest period he spent was 8 months at Stubhub.com as founder and CEO. He started in April of 2000 and left in November of the same year. He previously started Versity in August of 1998, then left in April of 2000 after a year and 9 months, to start Stubhub. Jeff established Nine Star Inc in September of 2000 and left in January of 2008 after 7 years and 5 months to start Twilio. He has been at Twilio for over 13 years.

9. Jeff Lawson is a multi-billionaire

Forbes reveals that Jeff Lawson has made billions of dollars in his career. As of January of 2021, his real-time net worth is estimated to be $2.9 billion. He and his two co-founding friends serve more than 60,000 customers through Twilio. The company went public in 2016. It is worth noting that some of the bigger public companies use Twilio services including Hulu, Airbnb, and others. Jeff has not lost the ability to cash in on the instincts that allow him to see a problem as it really is and to develop solutions that help to solve the issues. He’s a master at monetizing a good idea.

10. Jeff Lawson is on the prestigious Forbes radar

Entrepreneurs and other types of professionals in the business industry know they’ve done something unique when they’re recognized on a Forbes list. Mr. Lawson joined the ranks of other celebrated pros by appearing on the Forbes Global Game Changers of 2017 list. This distinction indicates that he has not only made significant contributions in his home country but n the lives of people throughout the world. Forbes also confirms the fact that Jeff is a self-made billionaire. This means that the bulk of his fortune was earned on his own, and through his own decisions and actions. They list the major source of his wealth as Twilio. He has done remarkably well in his career. Jeff Lawson is just 43 years of age. he is currently married. He and his wife live at their home in San Francisco, California where they are raising their two children.