Home
Travel
LaGuardia Airport is Getting a $2.1 Billion Upgrade
Prev Article Next Article 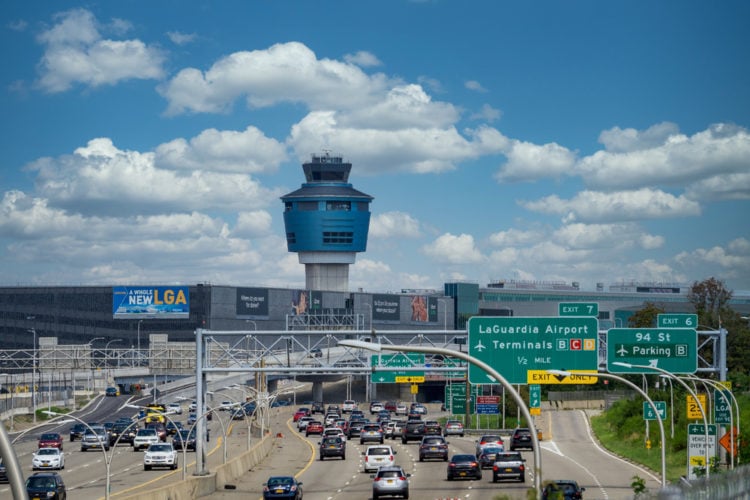 LaGuardia airport is located in Queens, New York, and has been operating for over 80 years. Over the years, it has grown to 650 acres and serves over 25 million people a year. As the years passed, there has been more congestion and flight delays because of so many flights and insufficient space to handle all the people. Before it was an airport, it was Gala Amusement Park which was run by the Steinway family. However, in 1929, the airport was razed, and an airfield was built in its place. Although it had several different names before LaGuardia, in 1935, mayor Fiorello LaGuardia decided to turn the private airport into one for commercial flights. According to Classic New York History, In 1984, the FAA started limiting the number of non-stop flights under 1500 miles that could leave LaGuardia. However, the airport continued to grow, causing flight delays for passengers. There were several different proposals for renovating the airport over the years. In 2014, governor Andrew Cuomo introduced a multi-billion-dollar plan for renovations to the airport and an AirTrain to get passengers to the airport more quickly.

On June 17, 2021, the New York Post ran an article about the proposed upgrade; Representative Alexandria Ocasio-Cortez and environmental group Riverkeeper felt that a project of this magnitude would encourage people to drive instead of using modes of public transportation. Additionally, the project is set to run through her district, which she feels will negatively impact her community. Earlier in the year, Ocasio-Cortez held a press conference calling the project “really sketchy.” Moreover, many people criticize the proposal because even Federal documents show that it would not help with transportation issues in New York. Although Port Authority has a timeline for the project, it has met with substantial delay. The AirTrain will connect LaGuardia Airport to the Long Island Railroad (LIRR) and the Subway ner Citi Field when the project moves forward. One of the things being questioned is how this will benefit most travelers who mostly travel away from the island. Additionally, they feel that the AirTrain will be slower than driving. Another factor that makes people skeptical is the Mayoral Zoning Override which is necessary to proceed with plans. It would stop Mayor DiBlasio or his successors from halting the project. Moreover, part of the project will run through Citi Field, home of The Mets, eliminating two parking lots. Many of the information has been closely guarded, and the full guidelines are held back because of attorney-client privilege.

On July 21, the Federal Aviation Administration finally approved the project despite the objections. Work is expected to start before the end of summer and hopefully be completed by 2025. According to The Points Guide, President Biden once called LaGuardia Airport a “third world country,” and TPG said it was one of the worst airports in the country. Although many people remain hopeful that this project will help the airport to become more convenient for travel. The idea behind the AirTrain is to create a direct rail connection without passengers needing to go through New York City and endure the chaotic traffic. Many New Yorkers have wanted to see something like this for years because even though LaGuardia is only ten miles from Manhattan, it takes an extremely long time to get there since it’s either a cab ride or a subway bus combination. Although some feel the project will cause additional delays, the AirTrain will offer a maximum ride of 30 minutes to LaGuardia Airport. Like some critics pointed out, one downside of the project is that the people who ride the AirTrain will need to go the opposite way before heading to their final destination. Initially, the project was estimated at $450 million in 2015, during initial talks. However, as time passed, the idea rose in cost and has also being held back because the pandemic created a lack of airline travel, and Port Authority’s plan was to pay for the substantial expenses with passenger fees.

Governor Cuomo’s vision for LaGuardia was a complete overhaul instead of a renovation. The first phase started in 2016 and was scheduled to be completed in 2021. However, factors like the pandemic and concerns by critics pushed the timeline out further. When the AirTrain is finished, this will be the last part of his plan for the airport, taking it from a nightmare to one that passengers don’t dread when they need to fly out of the city. Another reason the entire LaGuardia overhaul has been so significant is that even though it’s not the largest airport, it’s one of the busiest with all of its international flights. Since it only has four terminals, it can create a lot of congestion and unforeseen issues. Additionally, it’s a New York landmark that many want to update for modern travelers. Since the project’s inception, LaGuardia has already seen many changes. According to Market Watch (), construction has been ongoing even though portions of the airport have already been completed. Parts of the airport have also gotten aesthetic overhauls, including fountains complete with light shows and artwork dotting the walls. Throughout the airport, there are tributes to its history. Asie, from updating the aesthetics, construction is working on 72 new gates and two additional terminals.

Since the renovations for LaGuardia airport have been steadily moving forward, giving passengers more space and a better experience, it seems only natural that a system of transportation to get them there quicker would be a logical next step. Yet, the AirTrain is only slowly moving forward. Even though the FAA has greenlighted the project construction, it may be slow moving since critics feel that it will have the opposite effect of what’s intended. Even though this project has met with a lot of opposition, it looks like LaGuardia will receive the makeover Governor Andrew Cuomo hoped to see.