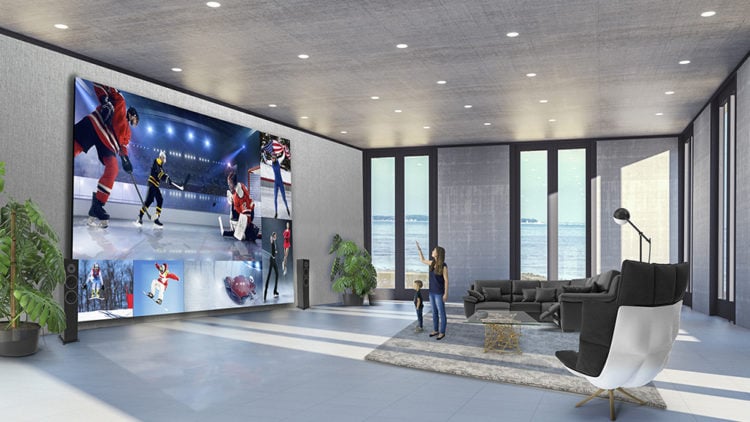 Back in the 1970s and 80s, a television set was genuinely considered the centerpiece of the room. It was also an actual piece of furniture. Make no mistake about it, these television sets were huge. They could easily take up an entire corner of the room and they weighed several hundred pounds. If you ever even thought that you were going to move one of those things by yourself, you were absolutely mad. Almost all of them were encased in oak furniture or something similar, allowing the set itself to match the rest of the decor of the house. It wasn’t uncommon for people to put artificial plants or something similar on top of them. You would walk into someone’s house and find one of these old sets with family pictures sitting on the top. It was a sign of the times and it was so common that people never even thought anything about it. One day, a flat-screen TV that could be mounted on the wall came along and changed the entire industry.

Change Can Be a Good Thing

When these new flat screen televisions came onto the scene, it was proof that change isn’t always a bad thing. They didn’t take up half of your living room and one person could easily pick one up and move it around. Sure, you could put them on a television stand if you preferred, but they could be mounted on the wall just as easily. The idea of having a television that is effectively part of the wall decor inside a home is appealing in its own right, but not nearly as appealing as freeing up space in the room. Over the years, the prices of these televisions have gone from astronomical to more affordable than the old-school furniture encased designs that took up so much space. However, things are changing again. LG has just come out with a brand new 8K television that is a whopping 325 inches. It genuinely takes up an entire wall of your home, even from floor to ceiling. This may not be something that everybody is interested in experiencing, but it is definitely a prospect that interests a lot of homeowners. Before you get too excited, you should understand one thing. The price tag attached to this particular television is just as surprising as its size, but not necessarily for reasons that would excite you. If you want to get your hands on one, you’re going to have to find a way to dedicate a great deal of money to this endeavor, as the television costs $1.7 million. That’s right, this television costs more than the homes a lot of people are living in. Think about it. You can still purchase a relatively decent house for $200,000 in some areas. For $300,000, most people can find something that more than meets their needs. Imagine what it would be like to have a television inside your home that’s worth more than three times the amount of equity you have in your home. The very idea of it boggles the mind. Costs aside, the idea of having access to an 8K television this large is something that would definitely be fun to experience in its own right.

Taking Things to the Next Level

There is no doubt about it, LG is definitely taking things to the next level. This is not a television that you will ever find in a store. For one thing, who could afford to make such a purchase in the first place? It’s not like you’re going to walk into your local Walmart or Best Buy and ask for the television that costs almost $2 million. Aside from that fact, LG plans on acting as a dealer for these televisions themselves. They actually have a number of different televisions to choose from, ranging from 81 inches to the aforementioned 325 inches. They also have various resolutions that start at 2K and go all the way up to 8K. All of the televisions run on the Web OS operating system and LG will be selling them directly to homeowners. Obviously, they are only marketing them to more affluent customers. It simply doesn’t make sense to market something so expensive to customers who are struggling to pay the next month’s rent or mortgage. However, for those individuals who want a product like this and can afford it, LG will be acting as a direct dealer, almost in the same way that both Dish and DirecTV have monopolized the satellite TV market. In short, LG will sell a subscription service and then send a technician out to install the chosen television, complete with accompanying service. Everything will be handled through LG, including payments. They even plan to send a technician out to each customer twice a year in order to give everything a checkup and make sure that it’s all working the way that it’s supposed to be working.

With this particular move into dealership and subscription services, LG is doing something that no other manufacturer of television sets has managed to do so far. They are creating an entirely new era where people that want a television that operates independently of satellite TV can rely on them for programming, products and services, all wrapped into a single entity that’s a potentially risky move but it also seems like a very smart one at this point. More and more people are moving toward streaming services, which can be directly integrated into these televisions. At the same time, people are moving away from traditional cable and satellite subscriptions at an extremely rapid pace. LG has the intention of capitalizing on the current market in order to create an entirely new market where they manufacture televisions and then sell them along with subscription services and technical help, effectively allowing them to become a one-stop shop for everything you need. At the end of the day, it’s a clever move on LG’s part. If it works, it gives them an opportunity to monopolize a market that has been untapped by everyone else. It’s entirely possible this is the wave of the future and they may be the very first ones riding that wave.