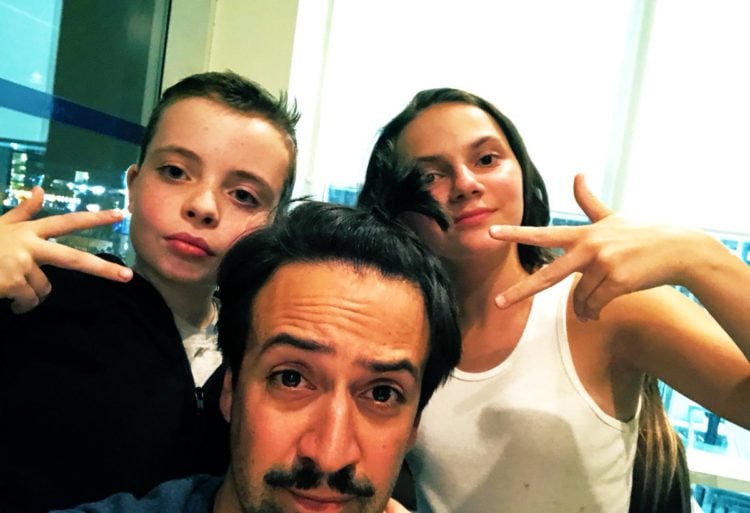 There are few people these days that can confidently say that they changed the face of Broadway. For certain, one person that can assert such a claim is Lin-Manuel Miranda. Lin-Manuel is an actor, composer, and screenplay writer. He’s probably currently still most famous for writing and performing in the Broadway hit musical, Hamilton. The show pushed the boundaries of tradition and creativity in the industry, and it’s become one of the most successful musicals of all-time. The success of the show definitely contributed to Lin-Manuel’s current net worth of $40 million, but we are going to explore how else the performer achieved his financial accomplishments.

It’s important to know Lin-Manuel’s background in order to gauge exactly just how far he’s come along in his career. Lin-Manuel was born and raised in Upper Manhattan to parents Luz Towns and Luis Miranda. He comes from a successful background, as both his parents and his sister are all professionals in their respective industries. Growing up in New York, Lin-Manuel didn’t miss out on his Puerto Rican heritage. His parents made sure he made a trip to Puerto Rico every year to visit his grandparents. He received primary and secondary education from New York’s Hunter College, but moved to Connecticut for college. While attending Wesleyan University, Lin-Manuel wrote and performed a number of musical performances. This was the time when his skills as a performer were really honed. Lin-Manuel also founded the musical group Freestyle Love Supreme while in college.

Even at a young age, Lin-Manuel already has numerous accolades to his name. His first success story was the off-Broadway show, In the Heights. Along with John Buffalo Mailer and director Thomas Kail, Lin-Manuel saw the production move from off-Broadway to Broadway in just a few years. The show was nominated for many Tony Awards, and it actually won four awards. The buzz around In the Heights gave Lin-Manuel the momentum to expand his career. The Broadway show also earned the composer a Grammy that year for Best Musical Theater Album. Of course, Lin-Manuel continues to earn royalties for that show. By the time production closed in 2011, In the Heights had been performed 1,185 times.

In between his biggest works, Lin-Manuel also contributed to smaller projects, which also added to his net worth. Some of these projects include a 2009 revival of West Side Story into Spanish lyrics and also some work put into the revised version of the musical Working.

Lin-Manuel also explored other performing avenues. He has appeared in a few films and television shows throughout his career. Some of his most notable performances on TV include a guest appearance in The Sopranos and House. He has been a guest on Sesame Street.

Not surprisingly, Lin-Manuel’s talents are not limited on stage or on screen. During the early times in his career, the talented performer also worked as an English teacher at his old high school. He also made use of his talents in writing by becoming a columnist and restaurant critic for the Manhattan Times. He even wrote music for a few commercials that many of us might be familiar with.

By 2003, the hip-hop group he founded in college, Freestyle Love Supreme, was getting gigs and tours internationally at various festivals. The group even found its way into Broadway in 2019, something that Lin-Manuel probably didn’t even foresee in his early career.

The next successful show that Lin-Manuel wrote was Bring It On: The Musical. By that time in 2011, the film had already been an international success. While the buzz for the show and Lin-Manuel was great, Bring it On: The Musical closed after only a year in production. Afterwards, Lin-Manuel found himself appearing in various other concerts and musicals, winning awards left and right. He had other jobs on stage and on screen before the biggest event in his career took place.

Although Hamilton premiered in 2015, Lin-Manuel had begun work on that project in 2008 after reading Ron Chernow’s Alexander Hamilton biography. The book moved him so much that he wrote a rap about Hamilton, which he then performed for a White House event in 2009. By 2012, Lin-Manuel had written extended pieces, and by 2015, he had changed history with the premiere of his then brand-new show. By 2016, Lin-Manuel was earning around $105,000 every time the play was performed. His work in Hamilton would bring about majority of his current $40 million net worth—and continues to do so. He has won numerous awards for his work on Hamilton, and the show continues to attract fans year after year.

After Hamilton, Lin-Manuel partnered up with Disney in order to write the music for the hit animated movie, Moana (2016). The composer even performed a couple of the songs from the movie, including the favorite, We Know the Way.He also contributed to the music from Star Wars: The Force Awakens. He could also be seen in Mary Poppins Returns as Dick Van Dyke’s former apprentice, Jack.

While Lin-Manuel seem to have been busy in the last decade, the talented performer still have more coming his way. He’s currently busy with many projects both on stage and on screen, and every single one of his projects is helping expand and grow his impressive net worth. The future is incredibly bright for Lin-Manuel Miranda, and part of his success is his ability to utilize every single one of his skills and talents in order to work. He will continue to receive royalties for all the music he’s ever written, and he will also continue to get paid for all performances that he does now and in the future. There’s no stopping Lin-Manuel from writing another hit musical, and that will only increase his financial success even more. There’s no doubt his net worth would double by this time next year.