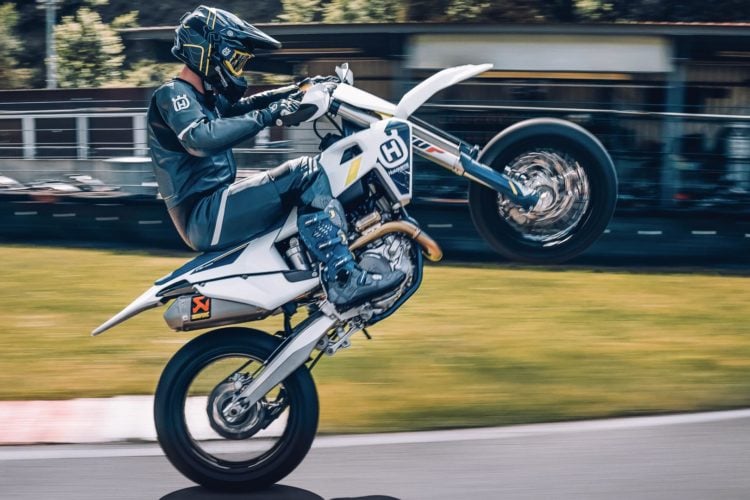 When you hear the name Husqvarna, you probably think about heavy duty outdoor equipment like chainsaws and the like. It might surprise you to know that they also manufacture dirt bikes and competition motorcycles that rival anything on the market in the same class. As a matter of fact, they have just recently updated one of their most anticipated products to come on the market in some time, the Husqvarna FS 450. The new model that has been redesigned for the 2022 model year is really something to behold, for many different reasons. If you want to know more, go ahead and read through so you can have a closer look at exactly what makes this particular bike so special.

At the top of Its Class

Traditionally, the Husqvarna FS 450 is considered to be in the 450cc Supermoto class. There are a number of different motorcycles that are eligible to compete in this class. For the most part, the overwhelming number of them have the same features. It is essentially what makes the playing field level. However, each manufacturer is able to make certain adjustments and Husqvarna has done exactly that. The thing that is new for the 2022 model year includes a new clutch coupled with a hydraulic suspension system. To be more exact, the bike features the Brembo hydraulic system, now married with a slipper clutch from Suter. Aside from that, the bike remains almost identical to the way that it was last year. The only other change between last year and the 2022 models, aside from the hydraulic system and clutch, includes some new color options.

If that is the only change that Husqvarna decided to make for the 2022 model year, there has to be quite a lot that makes the bike special to begin with. For starters, the bike offers 63 horsepower while weighing only 60 pounds. Of course, that weight is without fuel. It would be absolutely impossible to add fuel to any bike, even this one, and still only weigh 60 pounds. When the bike is full of gas, it weighs just over 230 pounds. That is a considerable increase, but still one that is more than competitive. In fact, when you consider that the horsepower actually outweighs the bike’s empty weight, it’s easy to see why it has been so successful in this particular class over recent years.

It’s designed for performance, there’s no question about that. It is this basic design that allows it to get one up on most of the competition in the first place. How did Husqvarna manage to create a bike that weighs so little in the first place? It all comes down to the use of carbon fiber construction. In fact, the entire frame is made from carbon fiber. This allows the frame itself to weigh almost nothing. Therefore, the majority of the weight is brought on by the engine. As you can tell from the statistics that have already been provided, the biggest weight increase is from the fuel itself.

Handling That Is Second to None

Another thing that makes this bike truly special is that it handles better than almost anything else out there. In fact, it offers suspension that is fully adjustable in both the front and back, effectively putting the rider in full control of how it handles and feels on the racetrack. That alone sets it apart from much of the competition, but Husqvarna did not stop there. There is also a linkage system attached to the shock in the back. As far as the front suspension is concerned, an air spring is used to help absorb the blows associated with hard landings. All of this is combined with the standard 17-inch rim in the rear and a slightly smaller, 16.5 inch rim in the front.

If you think these are the only things that make this bike special, think again. Granted, it would be more than enough to have a bike that incorporates all of these features, even if there were nothing else involved. However, Husqvarna wanted to make sure that they went the distance with this bike. As such, they also included a number of additional features, not the least of which includes a rear brake caliper that is designed just for racing, a clutch cover made by Hinson and a seat that is upgraded to make riding on even the most grueling of tracks more manageable for the rider. Last but certainly not least, special modifications have been made to the muffler which reduce weight and enhance engine efficiency.

It is important to remember that this particular model was introduced back in 2016. When Husqvarna decided to market the bike, they made sure that it was designed, built and marketed specifically for people who would be racing in the Supermoto class. This is no street bike, but instead a thoroughbred designed to do one thing- win. It was quite successful during its initial run for the 2016 model year, but Husqvarna made improvements over the years that only increased its ability to capture checkered flag after checkered flag. As a matter of fact, it was just last year that they enhanced the front and rear suspension, as discussed herein. That is precisely why there was only one practical upgrade for the 2022 model year. Husqvarna has been perfecting this particular model ever since it was designed. As such, it already performed extremely well, so well in fact that only small changes are needed in order for it to not only keep up with the competition, but to leave the competition in its dust.

It will be interesting to see how the 2022 version of this outstanding bike competes with everything else out there. It seems like other manufacturers have been chasing Husqvarna in this particular class for a number of years, always coming up just a bit short. Of course, that means everyone goes back to the drawing board in an attempt to figure out something new. It’s impossible to tell how things will eventually shake out, but there is little doubt that Husqvarna will be right there at the forefront the entire time. 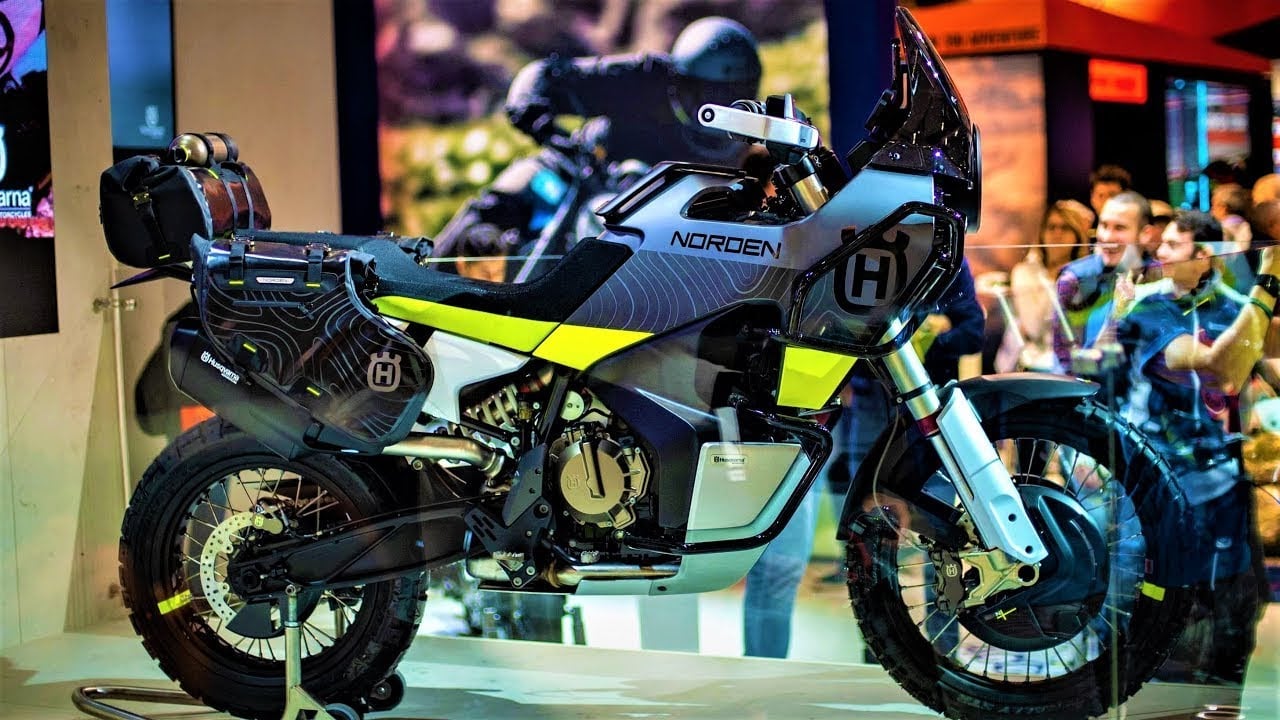 The 2022 Husqvarna Norden 901 comes just two years after it… 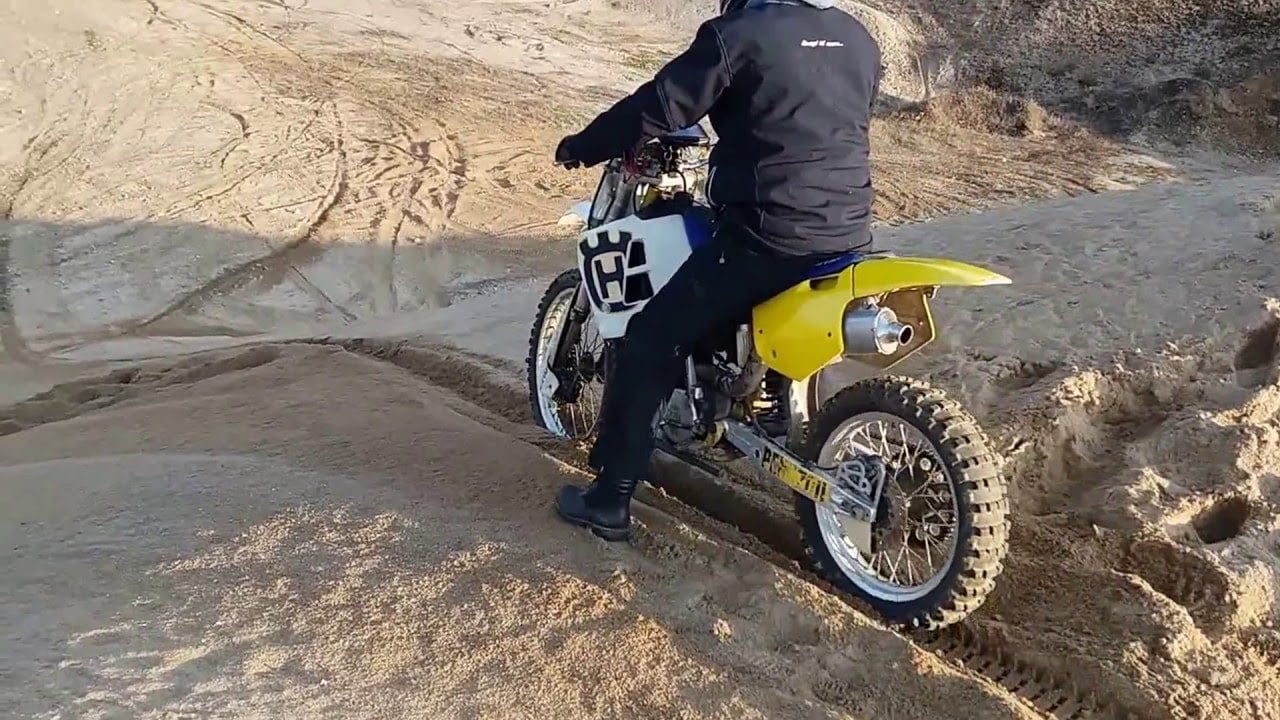 Most experienced dirt bike riders have very fond memories of the… 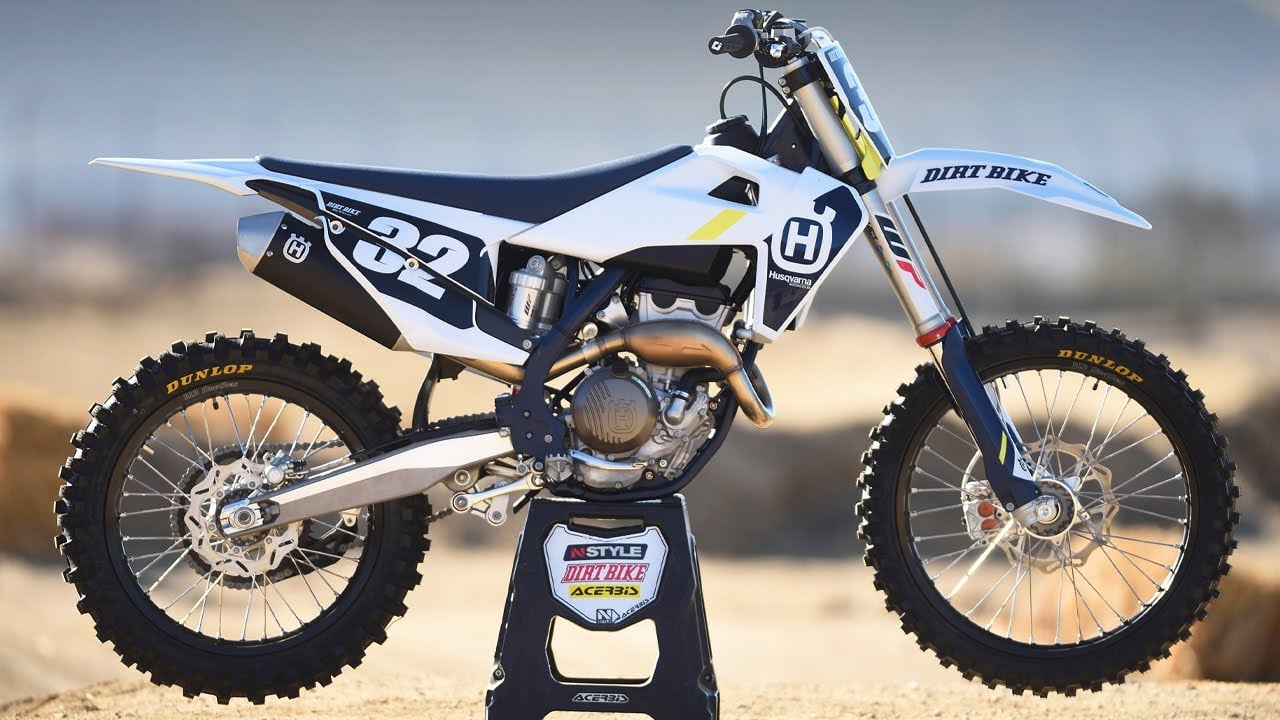