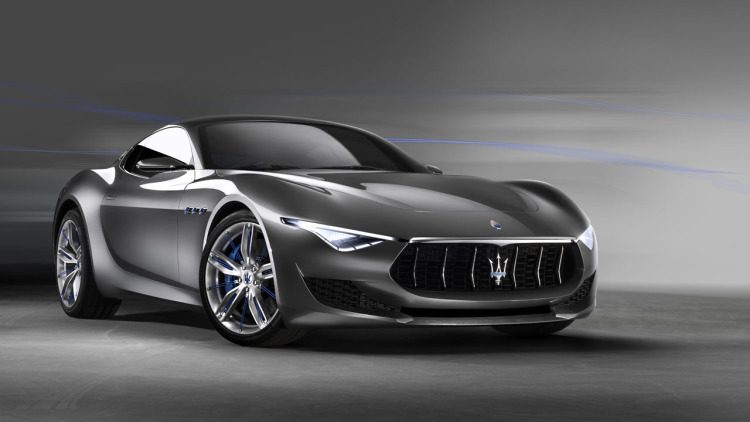 Maserati is a name that has been associated with high end, luxurious and expensive automobiles for decades. It is one of the most respected names in auto making and when most people hear the name, Maserati, they probably think of a sports car for the wealthy. And they would be correct. Maserati has a long history of producing high end, sporty Italian cars. Starting with a history of a man, Rodolfo and his wife Carolina, and their seven children, Maserati was a family owned business that began with the love of speed and a constant futuristic outlook.

Maserati made many turns through the years from focus, to owners, to location, but the outcome remained the same and that was to design and build high performance, sporty automobiles. Longtime rivals Ferrari and Maserati become partners in 1993 when Masereati was acquired by the Fiat Group. The two together, this new company, was now headed by Luca di Montezolo, CEO and president of Ferrari and their partnership would become even more famous than the rivalry ever was. There are some names that will always stand out under the brand Maserati. Some of the most remembered Maserati’s include the 1967 V-8 powered Ghibli, the 1971 Maserati Bora, designed by the famous designer, Giorgetto Giugiaro, and the 1978 Presidential car, the Quattroporte Royale. Sandro Pertini, Italian wartime resistance fighter who had become Head of State made this his official car and went nowhere unless it was in his Maserati. The 1981 Biturbo was Maserati’s most symbolic car.

After a 12 year absence from the US, Maserati re-enters the US market with one of the most notorious cars known to Maserati, the Spyder that was sold to a banker for $130,000. Maserati has continued to make a name for themselves with some of the most luxurious sports cars in the world. Today, they have developed concept cars that are taking luxury to a whole new level. Maserati introduces its EV coming in 2020

The model is the Alfieri, but this will be an electric car by Maserati, a two-seater, and it has been said that it will be ready by 2020. This is a two seater car that will be a competitor of the 911 but bigger. It will probably be more of the size of the Jaguar F-Type. The V6, gasoline version will be ready for sale in 2019. There has not been any real detail about the Electric version yet, as far as price or performance, but everyone is anticipating that given the Maserati name, it will be as expected with excellent performance and decent endurance for an electric car.

The concept car was revealed at the Geneva Auto Show in 2014 and as far as what Maserati’s parent company, Fiat, had to say about the EV version, CEO Sergio Marchionne has said that although he doesn’t know how to make “Tesla’s” economic model work, however, he wholly believes that there isn’t anything that Elon Musk’s company can do that Maserati isn’t capable of, nor Fiat.

Marchionne has explained that their version of the electric car isn’t set to arrive until 2020 so things can change. So many changes over the years with companies making the changeover to electric; for instance, Marchionne has said that there is still amazement that just over three years ago Tesla got almost 400,000 pre-orders for their EV, as well as the Volkswagen switchover from a heavy diesel lineup of vehicles has planned its electrified future.

To date, the Italian-American company only has one full electric vehicle which is the Fiat 500e. Marchionne isn’t sure what the answer is when it comes to electric vehicles and says that he’s not sold on the idea that EV’s are the answer to everyone’s concern when it comes to electric versus gas powered vehicles but as of now, there is plans for this EV concept Alfieri to be marketed towards the European buyers and it remains to be seen if it will make its way over to the US.

Because Maserati is coming into the EV side of the auto-world a little late in the game as far as marketing a production line of this type, according to Maserati’s head of engineering Robert Fideli, he has said that there may need to be something different done when it comes to their version of the electric vehicle. As of now, the Alfieri is the prototype for the electric vehicle and she is beautiful. From the onset of the First World War, two brothers from Bologna, Italy set out to build both race cars and road cars. Over the years, it was a family working together, most every brother, young and old, played a role in the company in some form, including the brother Mario who knew nothing about engines but used his artistic ability to create the Maserati symbol that still stands today. He wanted a strong symbol to represent the company and ultimately chose the trident from the statue of Neptune in Piazza Maggiore. This was a symbol of strength and vitality. He then incorporated the colors red and blue from the banner of the city of Bologna where the company was born, and together, this became the symbol of Maserati that is still used to this very day.

With the pressures of new German entries, the Auto Union and Mercedes which were highly supported by the government, Maserati needed a change in direction. The brothers, Ernesto, Bindo and Ettore decided their best move was to collaborate with a famous Italian entrepreneur, Adolfo Orsi whom the ultimately sold the entire company to him, but did retain responsibilities in various management positions in the two separate companies.

Since the beginning of Maserati, one of the main focuses of the company was to develop the most ground-breaking solutions in engineering for racing and then for road driving. They have always looked for ways to design stiffer, more dynamic materials that would improve the driving performance of every car the constructed so that the drivers would get the most unique, unrivaled driving experience possible.