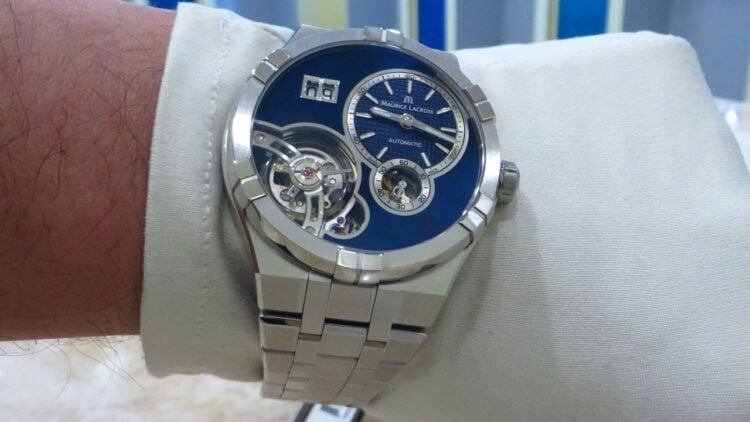 There’s no doubt about it, the Maurice Lacroix AIKON Master Grand D is indeed a watch to behold. There are many things about this particular timepiece that make it special. From its distinguished appearance to its ability to accurately and reliably keep time, it’s something that you definitely won’t regret once you have one of your own. Truth be told, you might decide that you like it so well that you’ll want to get one for your children or when they’re old enough, perhaps even your grandchildren. If you love high quality watches and you’re in the market for such a remarkable timepiece, then it’s time to take a closer look at this particular example that will definitely leave its mark on the industry in all the best ways possible.

A Match Made in Heaven

A lot of individuals that are in the know would argue that this is the culmination of a match that is truly made in Heaven. This particular watch is something of a conglomerate between be AIKON, a well-respected timepiece, and the Masterpiece collection of watches that have been favorites of watch connoisseurs for a number of years. Add to this the fact that all of the mechanics for this particular example are done in-house, and you have something that is truly special. Granted, it’s easy to say that about any high quality timepiece because there is so much individualized effort that goes into each one. The overwhelming majority of them are made by hand and there’s a great deal of pride that goes into creating the movements as well as designing the outward appearance of the timepiece itself. That being said, this is truly an example that stands out for all the right reasons.

For starters, the watch doesn’t really look like anything else that’s available. That’s not the easiest thing to do when you’re talking about timepieces, as the overwhelming majority of them tend to look very much the same. Therefore, it’s not that often that something truly unique comes into view. What makes this one different? It has the distinguished blue face, not too bright, but definitely not something so dark that it would dull the overall appearance of the watch or make the display difficult to see. The watch also has not one, but two subsets, one on the upper right-hand side of the face and the other smaller subset just below it. The first is there to measure seconds and the smaller one can be used as a stopwatch. Just to the left of the larger subsets you have the date and below that, in the lower left hand corner of the face, you have just a glimpse of the inner workings of the watch. Couple all of this with a distinguished stainless steel integrated bracelet and you have something that is truly unique. It definitely doesn’t look like all of the other watches out there, yet it’s subtle and distinguished in its design.

When it comes to overall quality, it would be difficult to say that there is a watch that is superior to this one. Certainly, some of the better timepieces from well-known watch makers would be able to hold their own, but it would be difficult to say that any of them would actually be of higher quality than this particular example. That is demonstrated through the in-house development of the Calibre ML331 automatic movement. It’s also coupled by such things as an exposed balance wheel that can be easily viewed by simply looking at the face of the waters, as discussed in the previous paragraph. It’s also worth noting that this particular watch is definitely large enough to make a statement, at 45 mm in diameter. However, it’s not particularly thick, only 15 mm high. In addition, you can get one with the aforementioned stainless steel strap or you can choose one with a matching blue nylon strap that is exactly the same color as the face of the watch itself. It’s also worth noting that this is a true luxury sport watch in every sense of the word. That’s precisely why the company decided to make it water resistant all the way to 100 meters. Regardless of the type of punishment you decide to put it through, it’s highly unlikely to miss a beat.

Speaking of beats, this particular watch is capable of vibrating at an eye-popping 18,000 beats per second, giving it an outstanding 50-hour power reserve. That’s nothing short of amazing, even if you’re talking about some of the biggest and most influential watchmakers in the business. In short, this is a company that did its homework and figured out exactly what it needed to do to improve on an already outstanding product and then it delivered in a major way. This particular watch looks as good as it performs and has a level of quality that is very difficult to find in its particular price point. If you’re wondering just exactly how much this level of quality is going to cost you, a brand new watch is going to run you a little more than $8,000 ($8,150 USD to be exact). If that price makes you nervous, there’s no need to be. Considering the quality of watch that you’re getting, you’re still getting a real bargain with this particular example, especially when compared to the prices of virtually everything else out there that can be considered of comparable quality.

At the end of the day, this makes an almost perfect luxury sport watch that can be worn at work or away without feeling out of place. It’s also built well enough that it’s more than capable of handling the bumps and bruises that automatically come with being worn as a sport watch and it’s sure to perform well for a number of years. If you’re looking at high-quality luxury watches and you’re in the market for something that will give you a very good product for the amount of money that you’re willing to spend, this one is genuinely hard to beat. It offers comparable quality of some watches that cost two or even three times as much and it’s built well enough that when you purchase it, you’ll probably still be able to wear it on a daily basis for as long as you choose to do so. 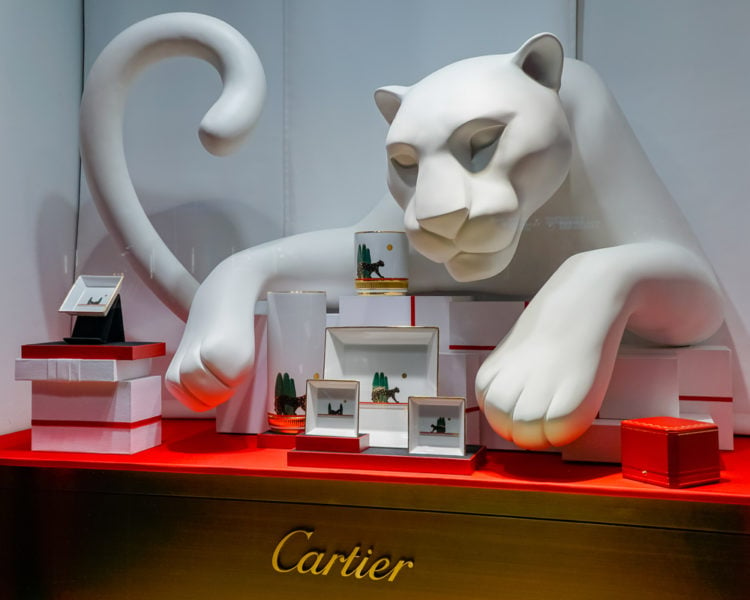 Cartier’s Panthere collection of watches are among the most exquisite and desirable ever produced by the brand. The French luxury jeweler and watchmaker has gained acclaim throughout the world for its high-quality luxury designs for… 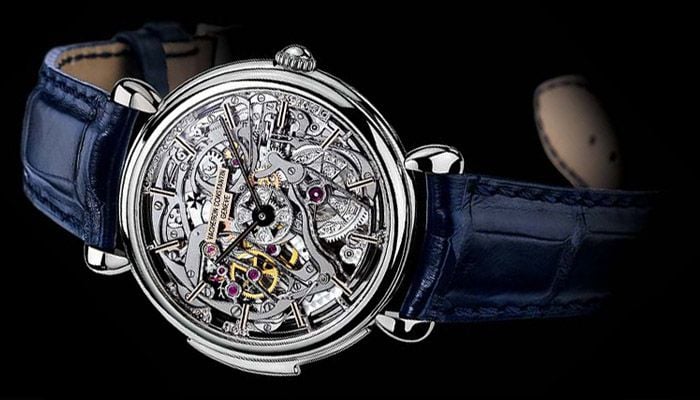 There are a number of watch makers that have gained recognition around the world, but only some have truly earned the title of “fine watch maker.” Watch enthusiasts and collectors follow watch brands to see… 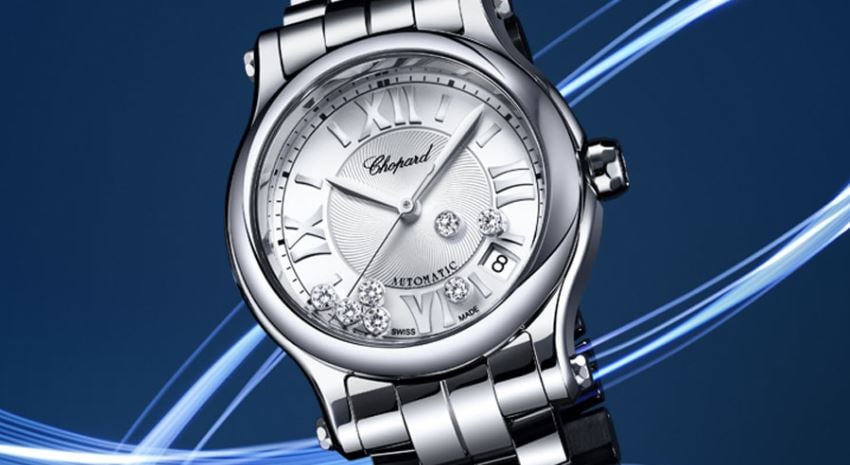 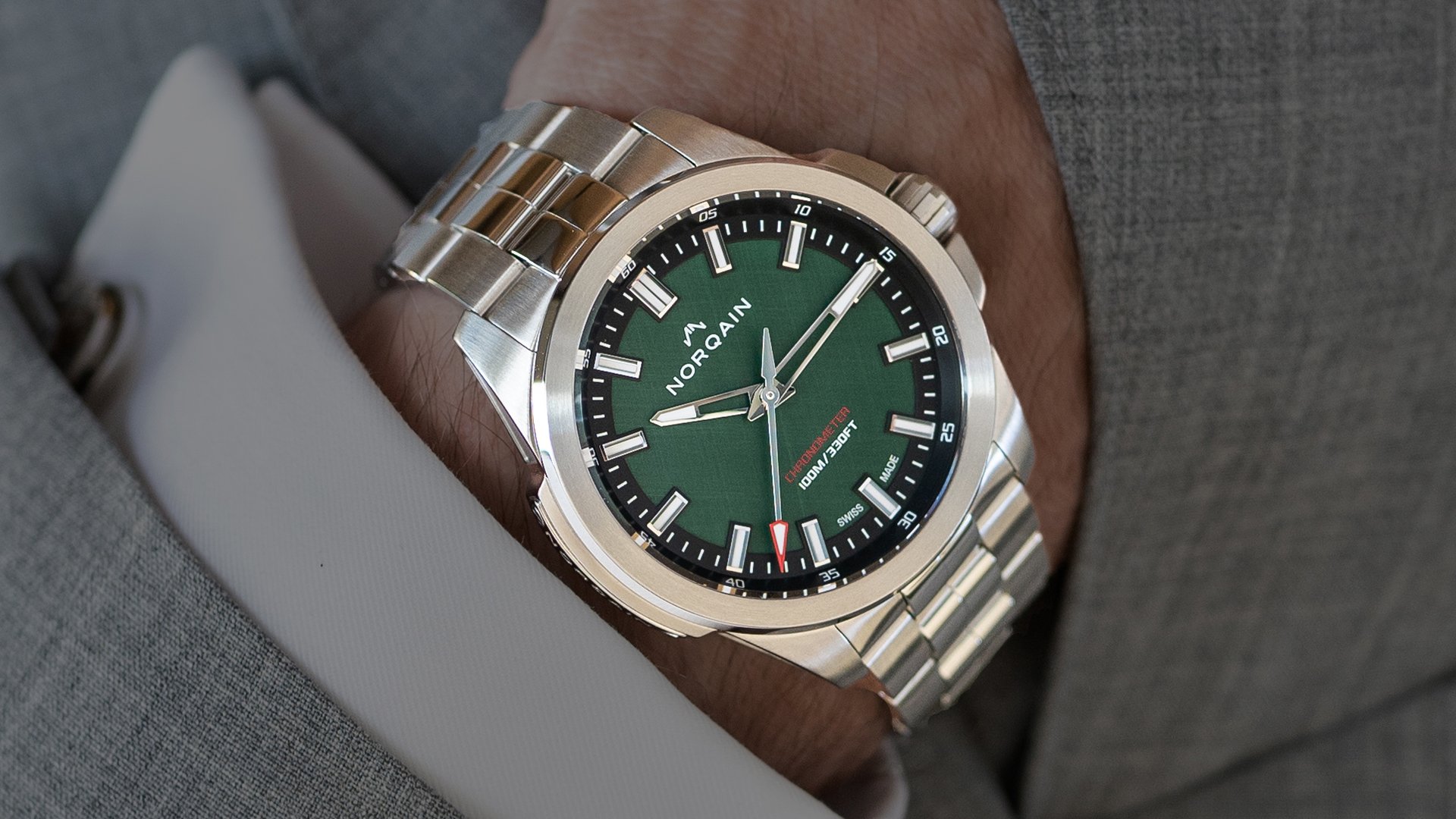 Norqain may be new to the watchmaking industry having been founded just in 2018, but the company comes from a solid history in the timepiece industry. 30-year old founder Ben Küffer’s father, Marc Küffer, serves… 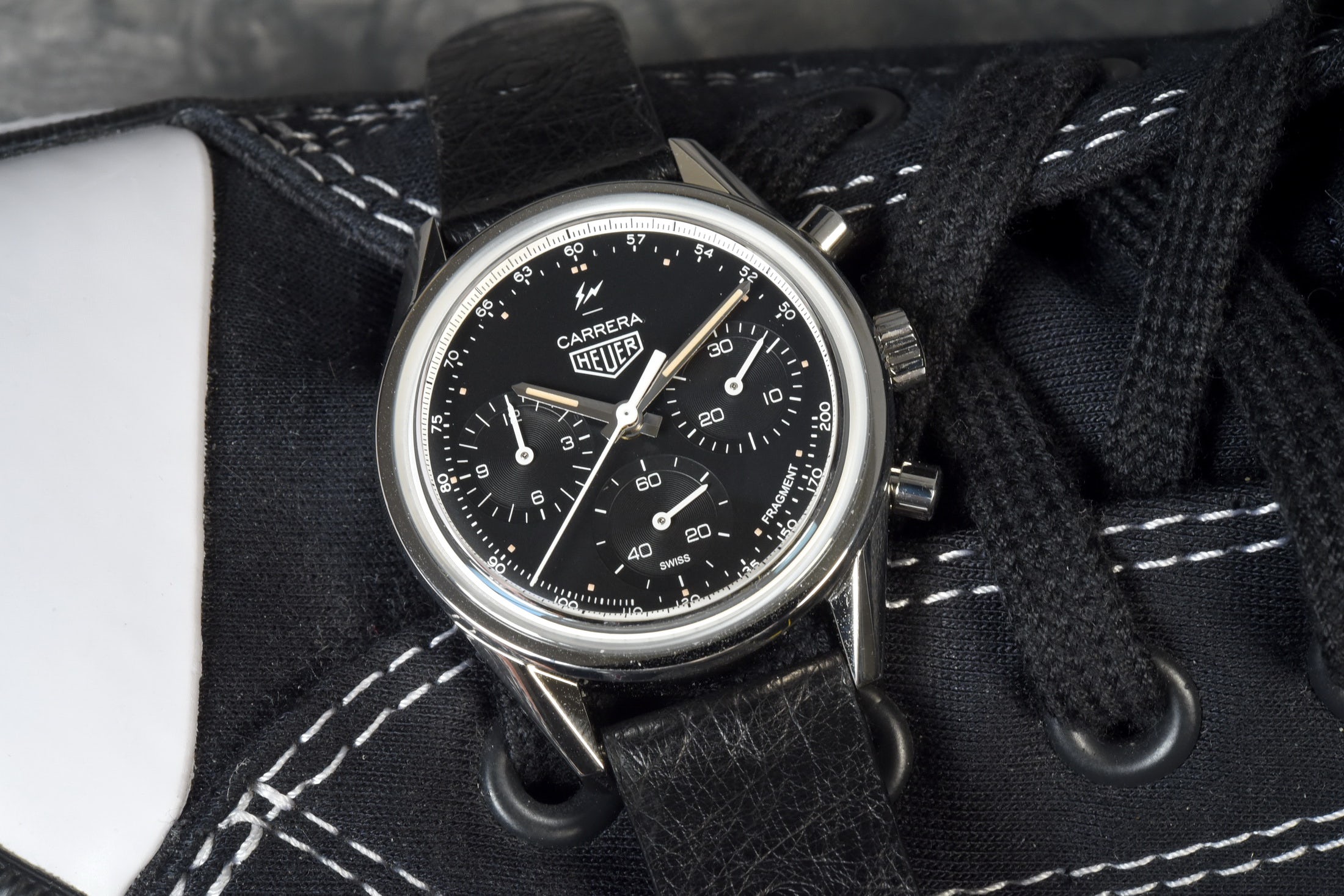 Tag Heuer launched a new limited edition wristwatch in November of 2018. The limited edition watch is a re-edition of the Carrera as a kind of throwback to a version offered in 1963. The watchmaker… 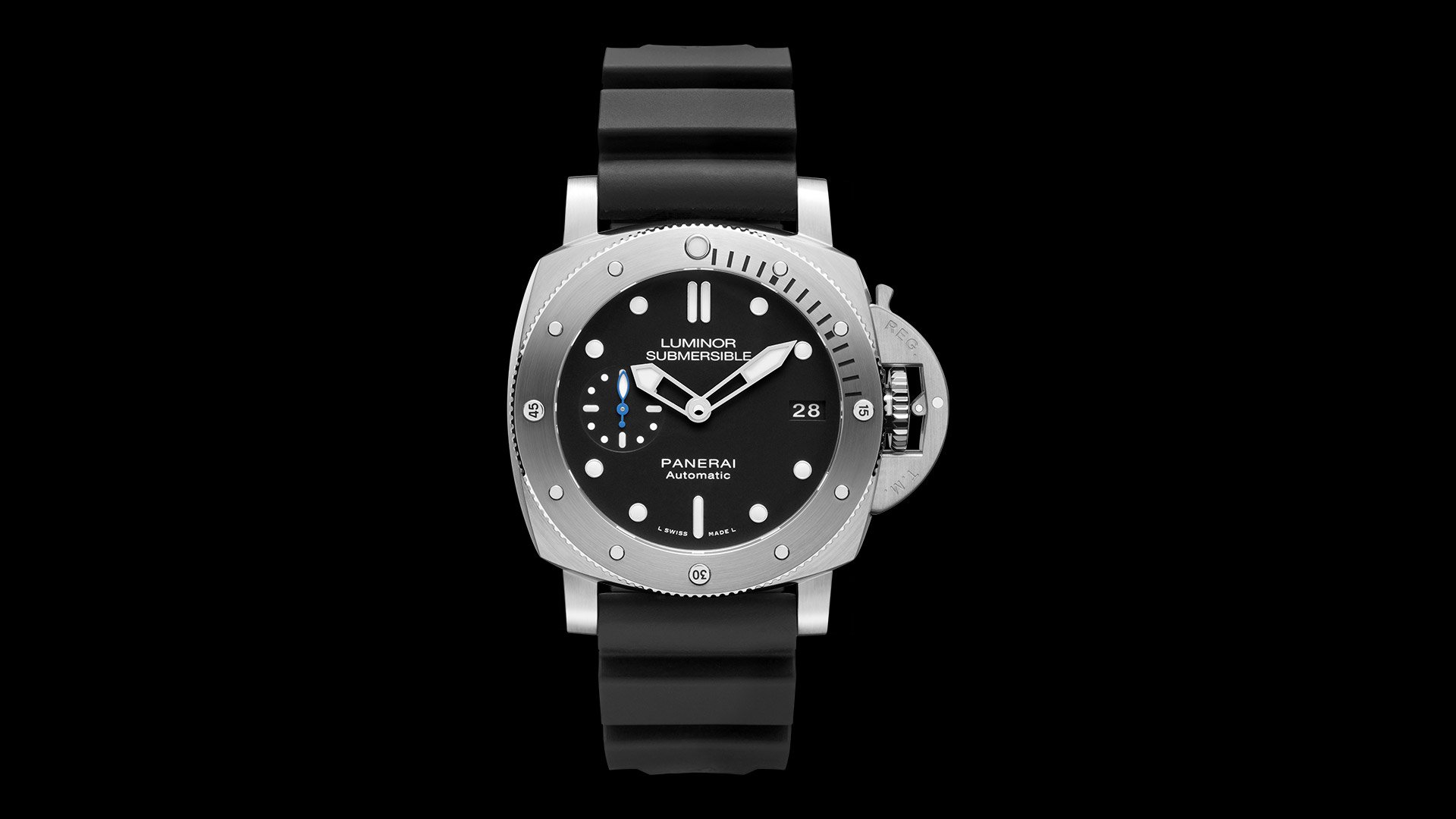 To give you a sense of their luxurious style, Panerai watches are often more expensive than a Rolex watch. This posh watch brand isn’t something that you see every day, and that is part of…