Home
Personal Finance
All Generations Have Financial Blind Spots: What Are Yours?
Prev Article Next Article

We all know the reductive traits to which we assign different generations: the baby boomer in a two-story colonial, driving a car with about 10 miles to the gallon; the millennial thumbing through a smartphone, helplessly enslaved to avocado toast and lattes. Some of these stereotypes are patently unfair. It is true, though, the generation in which we are born colors our perception of the world. That perception can help us make decisive choices about how to spend and save our money, or it can lead us astray.

We make financial decisions in two ways: through reflection and intuition. Reflection demands time and effort, but we arrive at decisions after rational thought. Intuition is fast. It relies on mental shortcuts and assumptions. In a general sense, neither approach is “wrong,” but we open ourselves to risk if we make decisions on “gut feeling” without examining our bedrock assumptions. In either case, there are some aspects of our unique viewpoints that are simply out of our own control. You had no say over the generation you’re a part of, or the economic context in which you were raised, but both of those factors play a large role in how we make financial decisions… and the Decision Traps into which we might fall.

Just about every millennial’s formative financial experience was the 2008 economic crash; its effects cannot be overstated. Millennials saw their parents’ retirement savings disappear, their job prospects dry up, and the cost of a college degree soaring higher and higher.

According to a Bankrate study, only 1 in 3 millennials invest in the stock market. It’s easy to understand why millennials might have a fear-based or cautious financial outlook that might steer them away from the kind of calculated risks that can build wealth. The study found lack of financial education, fear of risk, and distrust of advisors as factors in millennial hesitancy.

Millennials are digital natives. They’re accustomed to doing on-the-fly research and receiving instant feedback before they make financial decisions. They tend to place low value on advice that comes from people using legacy systems, even if that advice might be sound.

Here we are now, entertain us

Generation X grew up watching TV, against a backdrop of political scandals, divorces, and a creeping suspicion they might end up worse off than their parents. They sometimes struggle to take authorities at face value, and they like to feel in control. Members of this generation like to do their own financial research, but may trust their own findings more than the expertise of a financial advisor.

Generation Xers are susceptible to the Confirming Evidence Trap; that is, they’re more likely to favor information that confirms their beliefs and devalue anything that contradicts them. This is often seen when Generation X employees invest in company stocks.

“This is my bread and butter,” they may think. “Who’s going to know better than me?” Generation Xers risk exposing themselves to disproportionate risk by clinging to outsized holdings like company stocks. Even though they’re familiar with the company behind the stock, they lack the 50,000-foot view an advisor would take of that asset in the context of the broader market and in the Generation Xer’s portfolio as a whole.

Too many spinning plates

The wealthiest generation in U.S. history stands at the threshold of mass retirement. But even as they prepare to draw down their savings, boomers can still fall into costly Decision Traps.

Boomers increasingly find themselves looking after both their adult children and ailing parents, in addition to their professional commitments. The stress of it all can leave boomers with very little head space to devote to money management. This can lead them to over-rely on their intuition, or to throw up their hands and delegate financial responsibility to one of their children.

Boomers are also susceptible to the Prudence Trap. Through their experience, they’ve formed concrete ideas about how financial markets (and the wider world) should work. But an over-reliance on existing beliefs may leave boomers slow to process new data. While they struggle to accept a changing landscape, their portfolios’ performances may suffer.

You don’t have to go it alone

A mindful investor can become aware of their own blind spots, but they can’t grow eyes in the back of their head, so to speak. There’s a difference between knowing how your environment shaped your worldview, and accounting for your unique biases in a financial crisis or high-stakes decision.

Financial self-awareness is just the first step. Once we know our limits, we can seek out highly-qualified advisors who can call out when our subjectivity threatens to lead us into financial jeopardy. 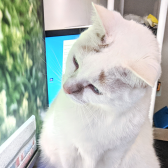 Paul Bennett, Ph.D, CFP®, is the managing director of United Capital's office in Great Falls, Va. Bennett is a three-time author, whose most recent book, "The Money Navigator," has just been released. He has more than 25 years of experience in financial planning and behavioral finance, and has served as a subject matter expert for the Certified Financial Planner Board of Standards, contributing to the development of exam questions for the CFP® Certification Examination and analyzing the tasks of CFP® certificants for the CFP® Job Analysis Work Group. Bennett earned a Ph.D in economics, with distinction, from Indiana University, and a BA from the University of Florida. He will complete a postdoctoral MS in applied analytics from Columbia University in 2017.