With the price of fuel going up at the pumps, people are looking for the most fuel efficient cars to make their daily commute to work. Auto manufacturers are aware of the current trend in vehicles that conserve on this precious resource and they’ve responded in kind over the past decade with new innovations in fuel conservation as they design the special models which highlight this as one of their most attractive features. If you’re shopping for a new car this year, check out or collection of the 20 most fuel efficient cars on the market today.  This list was compiled using data from KBB and Consumer Reports. 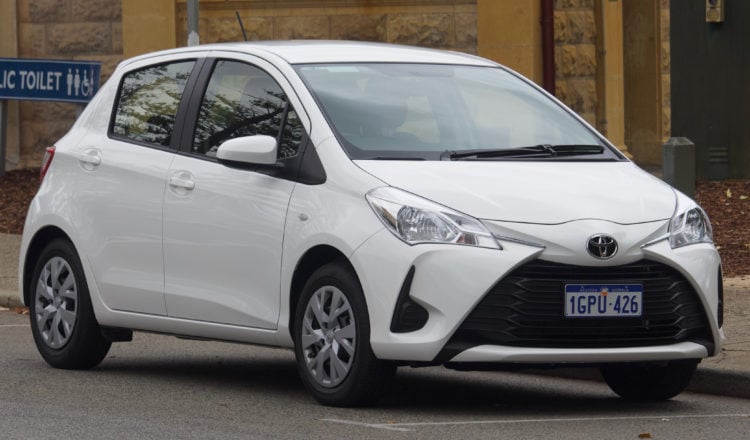 The Toyota Yaris Sedan takes its inspiration from the Scion and it looks a lot different than the rest of Toyota’s 2019 lineup, however, it’s one of the most energy efficient models in its class. It is powered with a 1.5 liter four cylinder engine that generates 106 horsepower and it gets a decent fuel efficiency rating of 32 mpg for city driving, 40 when motoring down the highway and an estimated 30 combined. The base price for this vehicle is $15,450. 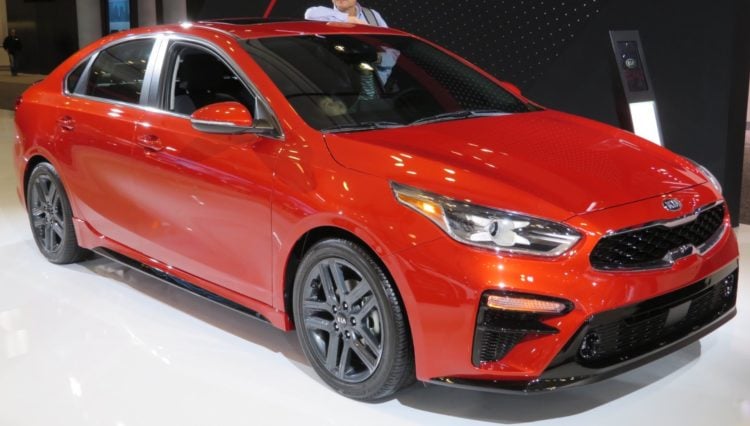 The 2019 Kia Forte FE is another good option if you’re looking for a car that has an attractive new redesign for the new year. The FE model is powered by a 2.0 liter engine of the inline four persuasion which generates 147 horse power. The fuel economy for this car isn’t nearly as spectacular as you’ll find with some of the electric cars offered this year, but it does a good job for a gasoline combustible engine type getting 41 mpg on the highway, 31 in the city and 35 mpg combined highway and city. The starting price for the 2019 Kia Forte FE is set at $17,790 for the base model. . 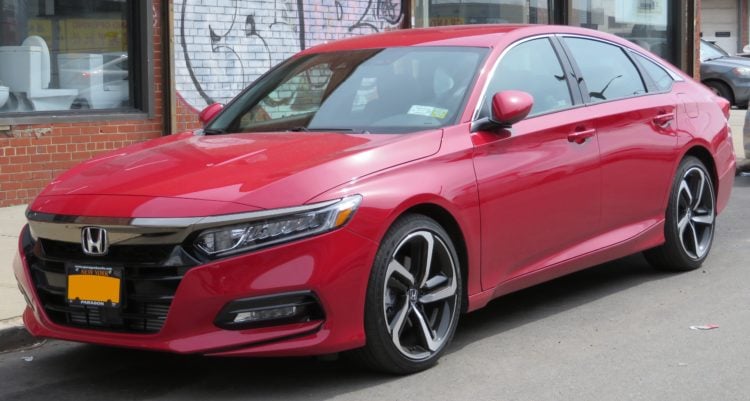 The eighteenth most fuel efficient car on our list is the 2019 Honda Accord Hybrid. This vehicle is reported to get fuel efficiency of 30 mpg for city driving, and 38 on the highway.The manufacturer’s suggested retail price for the base model is $23,720. It’s an ideal option if you’re looking for a comfortable vehicle with good fuel efficiency and you’re partial to the styling of a sedan. 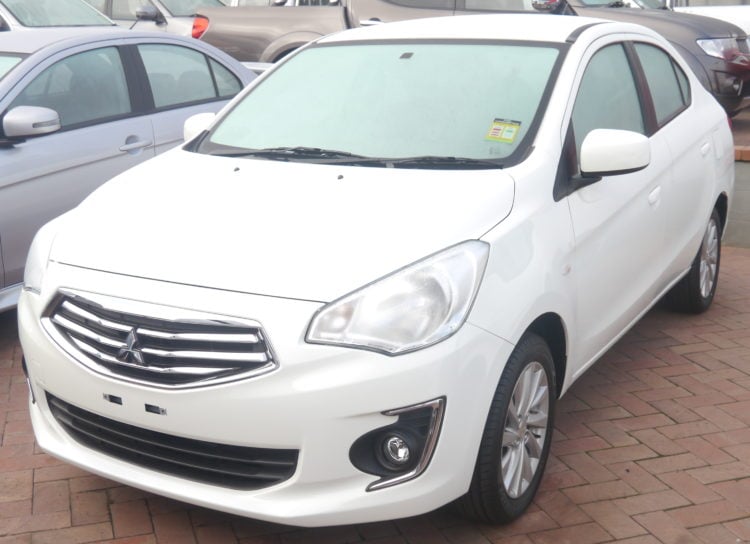 Mitsubishi’s Mirage for the 2019 model year is another good option if you’re looking for a gas powered vehicle that gets great fuel efficiency. Not only does it offer 43 mpg on the highway, 36 in the city and 39 mpg combined, it’s also one of the least expensive fuel efficient vehicles available this year. The manufacturers suggested retail selling price is just $13,795 for the base model. This car is powered with a 1.3 liter engine that generates 78 horsepower and the estimated cost of operation is averaged to just below $1,000 per year. The ten year 100,000 mile warranty is also a nice added benefit of becoming a Mitsubishi Mirage owner. 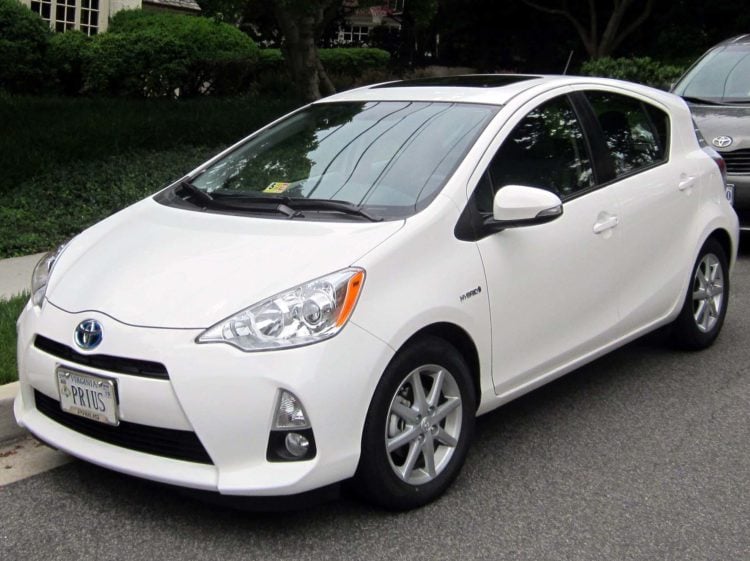 The new 2019 Toyota Prius C Hatchback is seventeen on our list of the top 20 fuel efficient cars of 2019. The Prius C Hatchback is available in an L model with a starting base price of $21,530 and an LE edition that starts at $22,955. The Prius C gets 48 mpg in the city and 43 on the highway with 46 mpg for combined driving. This vehicle comes with an eco advance feature that allows the driver to select from a variety of driving modes to help increase fuel efficiency or match the capabilities to the road conditions through its hybrid technology. It’s also loaded with a host of safety features including the Toyota Safety Sense package. 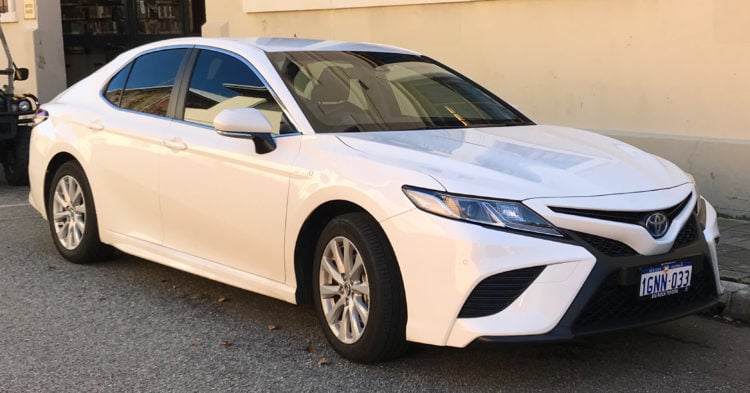 Toyota has gone over and above to improve fuel efficiency in a variety of their automobile lines. Coming in just on slot below the Prius C Hatchback for 2019 is the Camry Hybrid. This is another good option for drivers who love the convenience of a sedan. This model gets an amazing 51 mpg in the city and 53 on the highway with 52 mpg combined. The price starts at $28,250 for the base model but there are tons of options you can add. 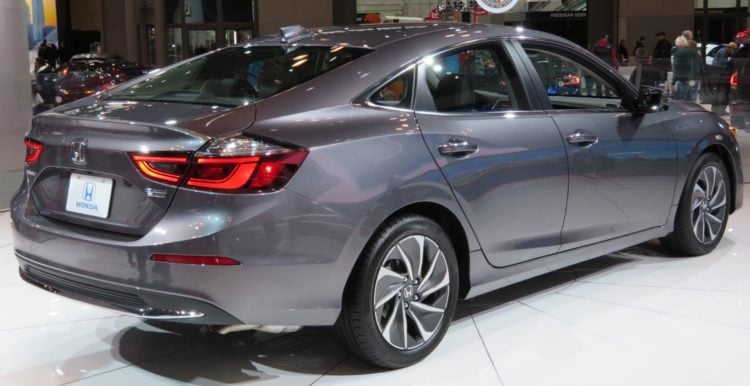 The new Honda Insight goes one better than the new Camry Hybrid getting an incredible 55 mpg in the city and 49 mpg highway with a rating of 52 mpg combined. The 2019 Insight is available in three variations. The Touring edition base model is $28,190, the EX starts at $24,160 and the LX begins at just $22,930. 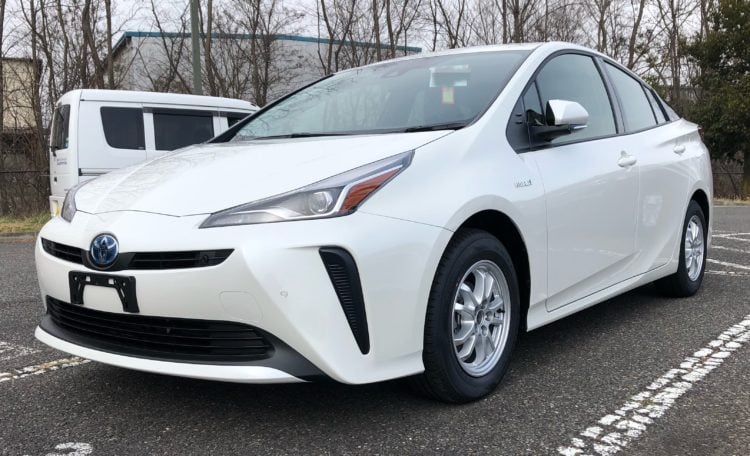 The Prius Prime model is our thirteenth most fuel efficient model. It’s a hybrid that you can charge from home and the starting price is $27,350 for the base model with a variety of options that you can add on which top off at around $33,350 if you want all of the extras. This car gets an amazing 53 mpg in combustion mode on the highway, 55 in the city and 133 mpge combined when in the most economic mode.

The 2019 Mirai is the twelfth most efficient car to drive. Each major automaker has been experimenting with their own type of system to enhance vehicle economy and efficiency and Toyota’s Mirai features a fuel cell electric system. It boasts an efficiency rating of 67 mpge across the board for city, highway and combined driving. Although it’s not the most fuel efficient model on our list of the top 20, it’s perhaps, one of the most unique. The Mirai is powered by hydrogen and the only emission that it produces is water. There are zero emissions generated by the Mirai, placing it in the category of one of the most eco-friendly cars on the market today. You can refuel the car in just five minutes, which also makes it among the fastest to regenerate for another trip down the road. Toyota is even offering customers who purchase a 2019 Mirai a trial subscription to Safety Connect 41 for a full three years. The Active Safety Connect is a requirement when you use H2/Hydrogen fuel stations. It provides a vehicle finder app along with a locator for H2 fuel stations .

Tesla’s Model S for 2019 is an all electric car that has some very impressive features. It’s voted as best in its class for storage space with 30 cubic feet available. It also comes with an amazing safety design that makes the car highly impact resistant in the event that it is involved in a collision. When it comes to efficiency, the vehicle has a 370 mile range on a full charge and it will go from zero to 60 miles per hour in just 2.4 seconds, but be warned that this will drain the power faster and cut down on the number of miles you’ll get out of a full charge. In terms of efficiency ratings, it gets approximately 102 in the city, 105 on the highway and 103 mpg combined. 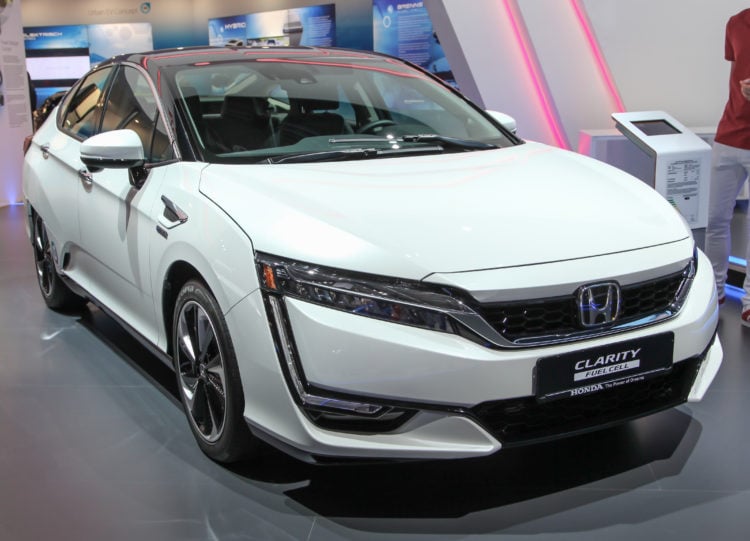 Honda’s Clarity is the tenth most efficient car for 2019. This model is an electric car is rated at an average 89 mpg on a full charge in its range. The average charge time with the optional DC Fast Charge will get you to 80 percent of its capacity in a mere 30 minutes of charging time versus the 19 hours that it takes when using a level 1 120 volt charging system.. 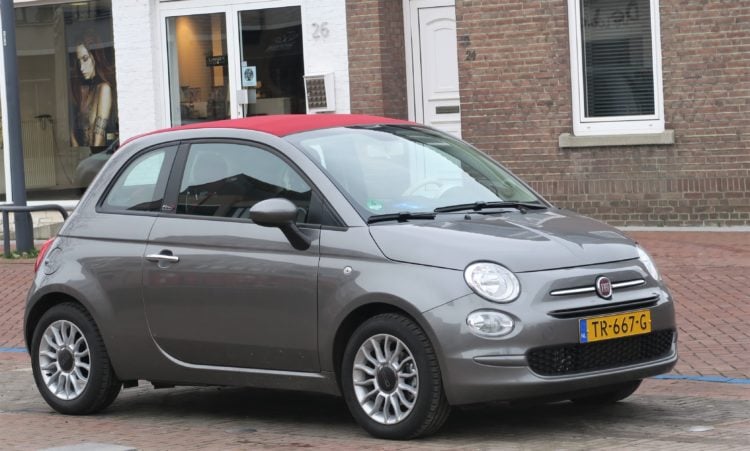 The 2019 Fiat 500e is a fully electric car that is made for energy efficiency and conservation with a special next generation tech design that gets an average of 84 miles per full charge. The manufacturer’s suggested retail selling price is $31,210 starting but there is a possibility of also getting a federal tax credit that could be as much as $7,500. The EPA is 121 mpg in the city, and 103 for highway miles. 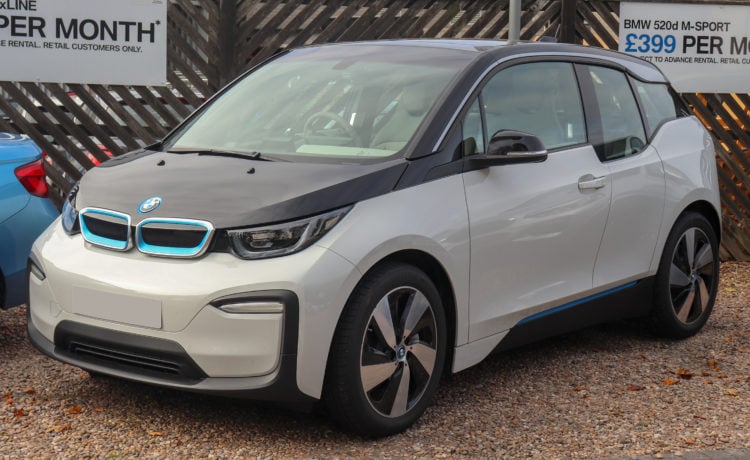 The 2019 BMWi3 is an electric vehicle that averages up to 153 miles on a full charge and if you opt for the available range extender, known as the REx, you can get up to 200 miles on a single charge. This makes the i3 one of the top ten most efficient vehicles available for 2019. 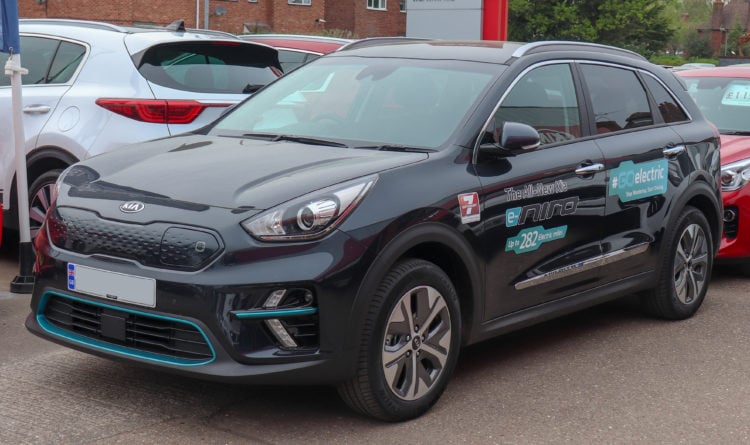 The Kia Niro EV is a crossover that offers up to a 239 mile range on a full charge, depending on your speed and acceleration habits. The manufacturer’s suggested retail selling price is $38,500. The efficiency of the Niro Electric car offers 120 city, 101 highway and 111 combined mpg.

The Nissan Leaf is ranked as the best selling electric car in the world. The fuel economy is 124 mpg in the city, 99 on the highway and 112 combined mileage with an EPA range of up to 226 miles. The car is available with smartphone technology and a host of other options. The base price is $22,490 and goes up from there depending on the options you select. 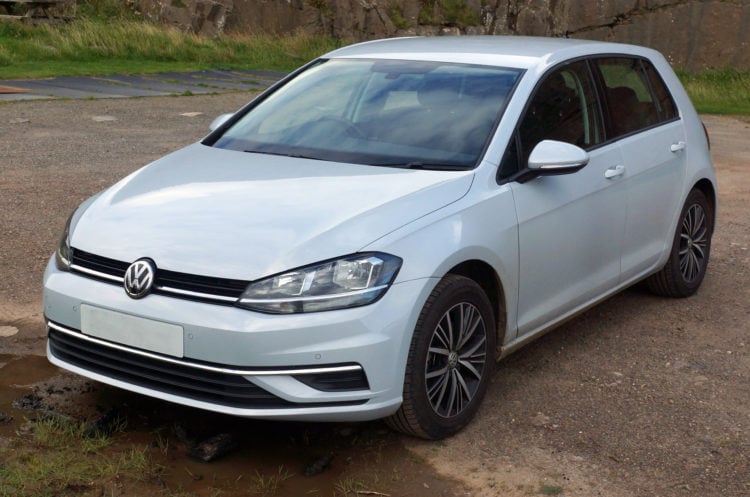 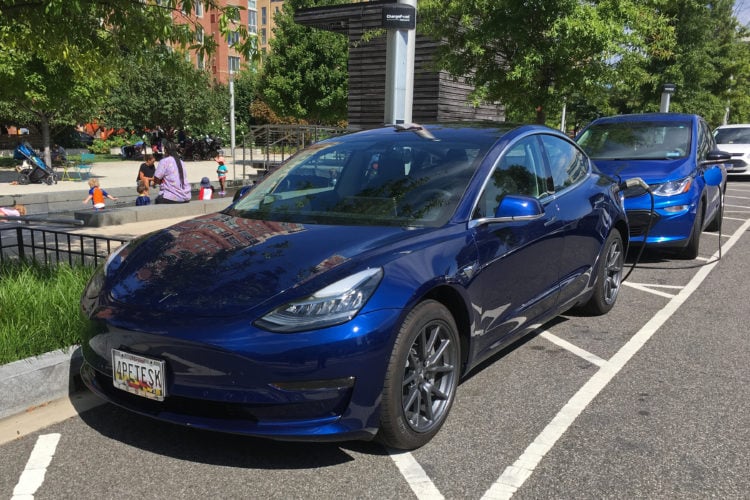 The Chevy Bolt features an electric drive engine that produces 0 CO2 emissions. The battery range is 238 miles on a full charge for this all electric powered car. The manufacturer’s suggested retail selling price starts at $37,495, and it may qualify for tax incentives as well. The city mpg is 128 with highway of 110 and combined at 119. 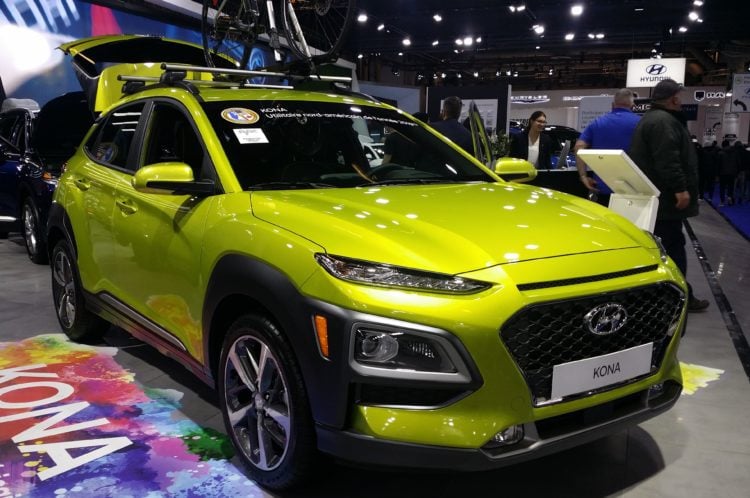 Hyundai’s Kona EV is equipped with an electric drive engine that achieves 132 mpg in the city, 108 on the highway and 120 combined miles. It produces no COs emissions and features a battery range of 258 miles on a full charge. The Kona is a hatchback in styling crossover type car. 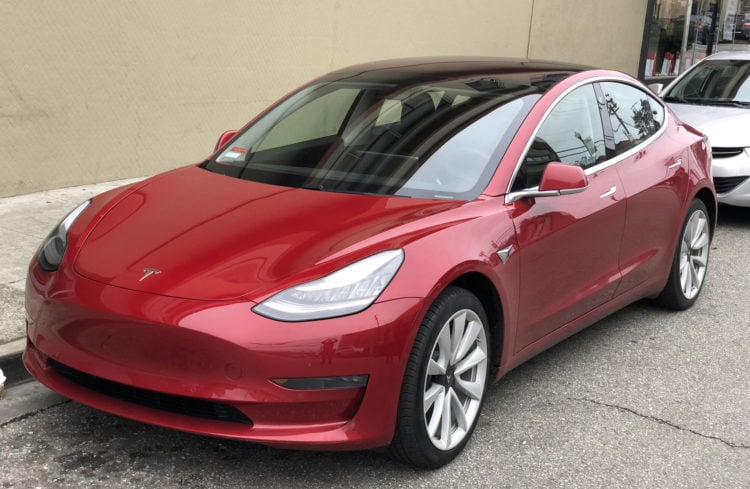 Tesla’s Model 3 for 2019 offers a battery range of 260 miles on a full charge with zero percent fuel emissions. It is equipped with an electric drive engine that achieves 128 mpg in the city, 117 on the highway and a combined rating of 123 mpg. The selling price is approximately $46,000 but the purchase of this vehicle may qualify for tax credits. 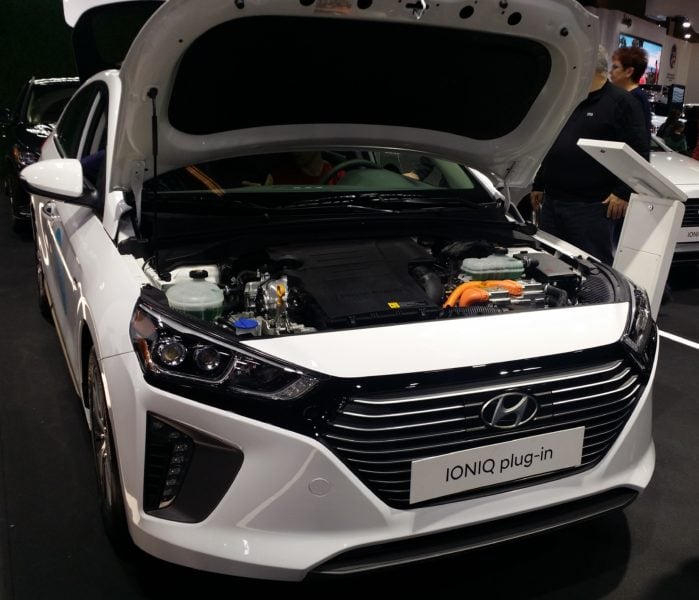 The Ioniq is one of the most highly efficient vehicles for 2019, thanks to its electric drive engine that averages 150 mpg for city driving, 122 for highway and 136 for a combined efficiency rating. The battery range on a full charge is approximately 124 miles. The starting price for the 2019 Ioniq is $30,700 and it is the most efficient car that you can buy for 2019. 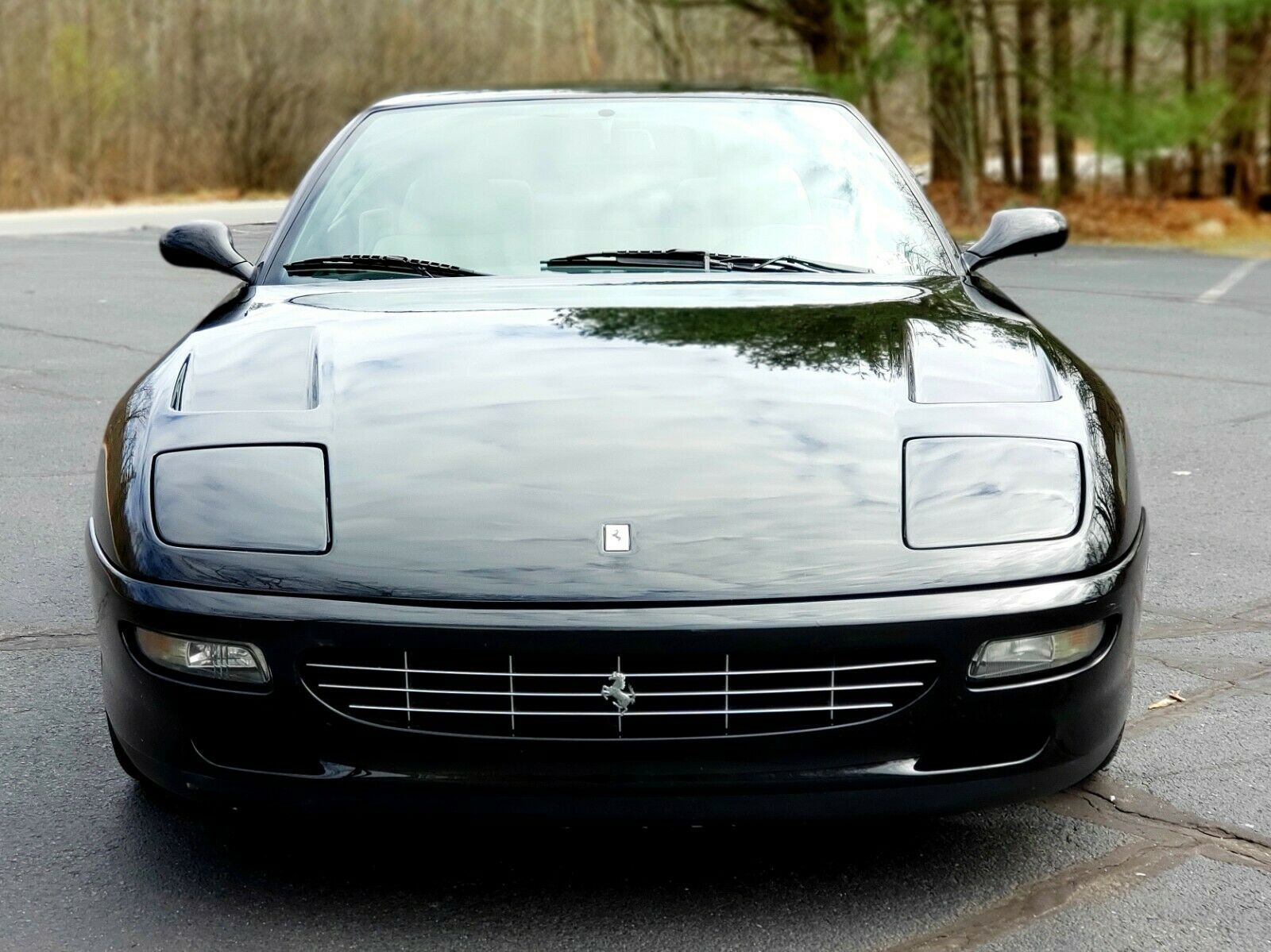 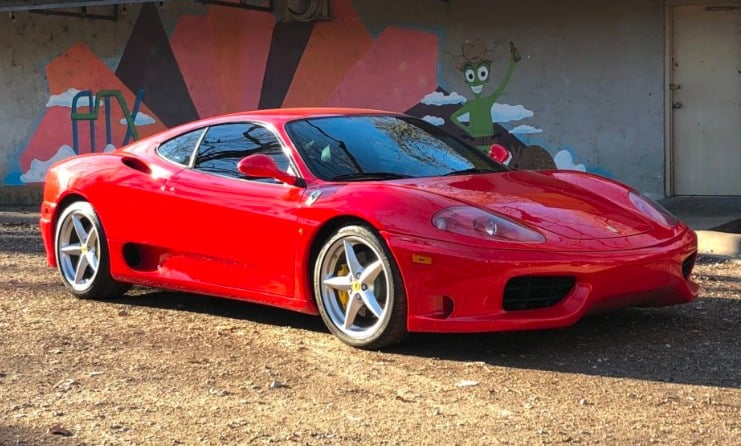 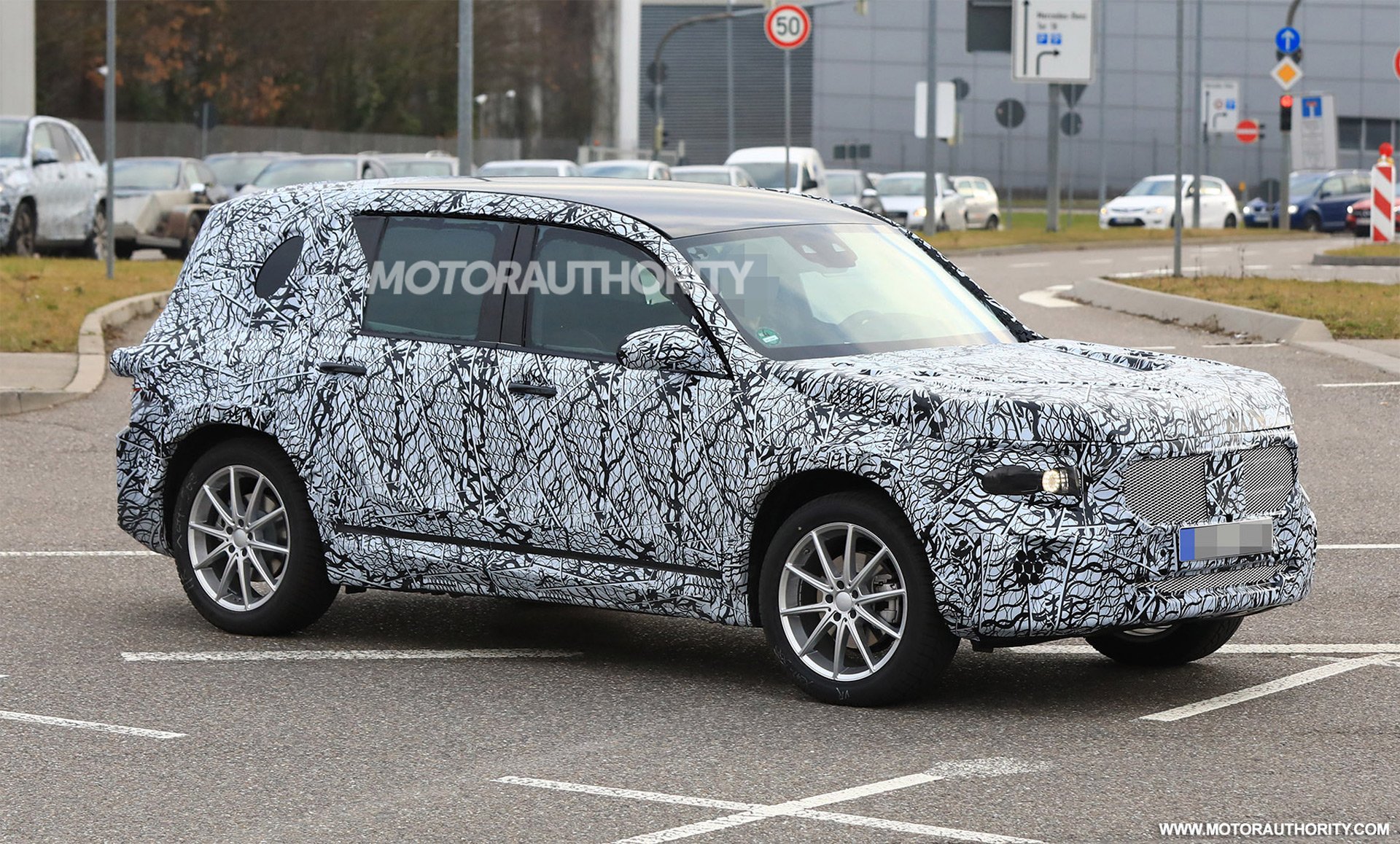 Mercedes-Benz is one of the best luxury brands around, which is… 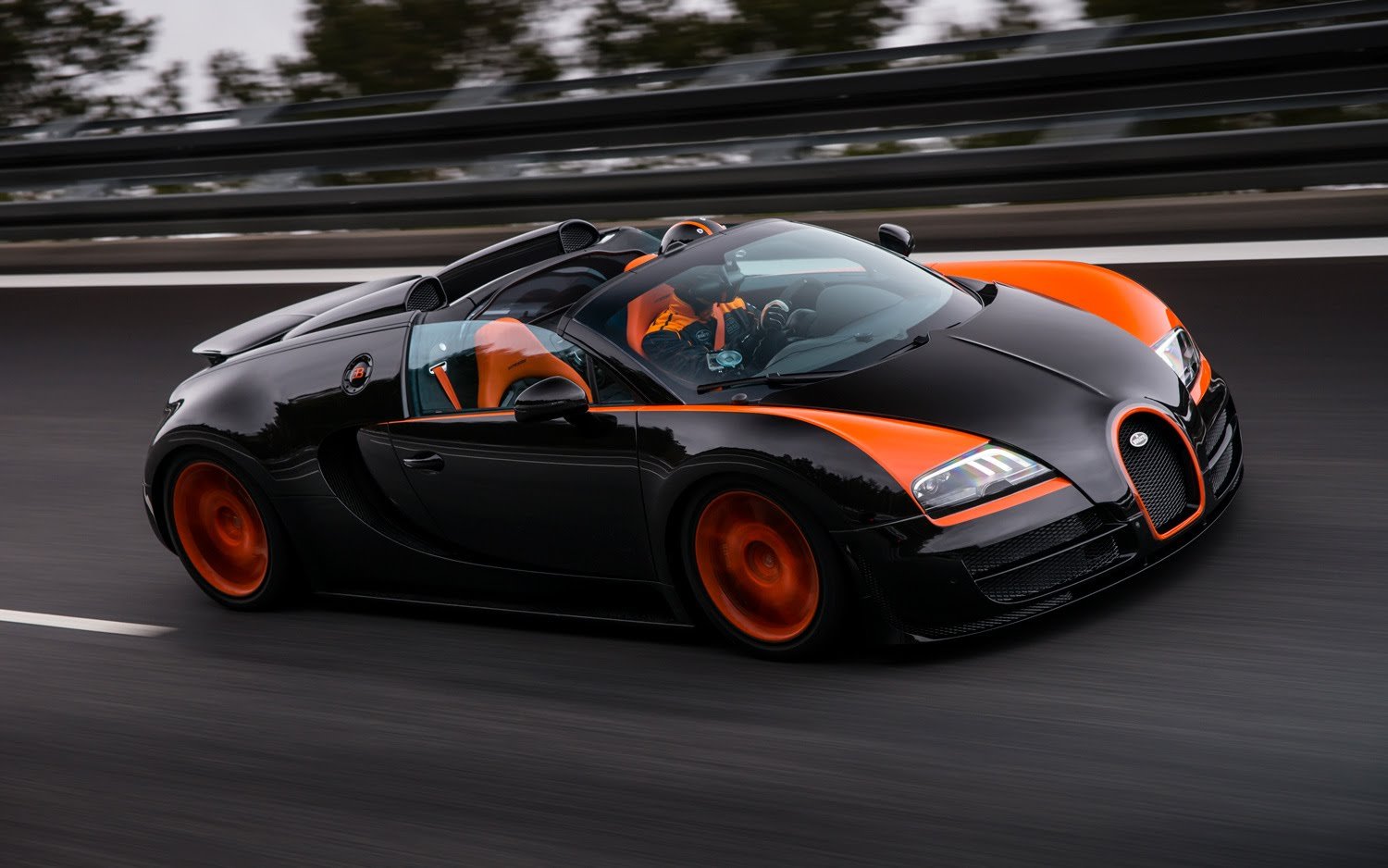 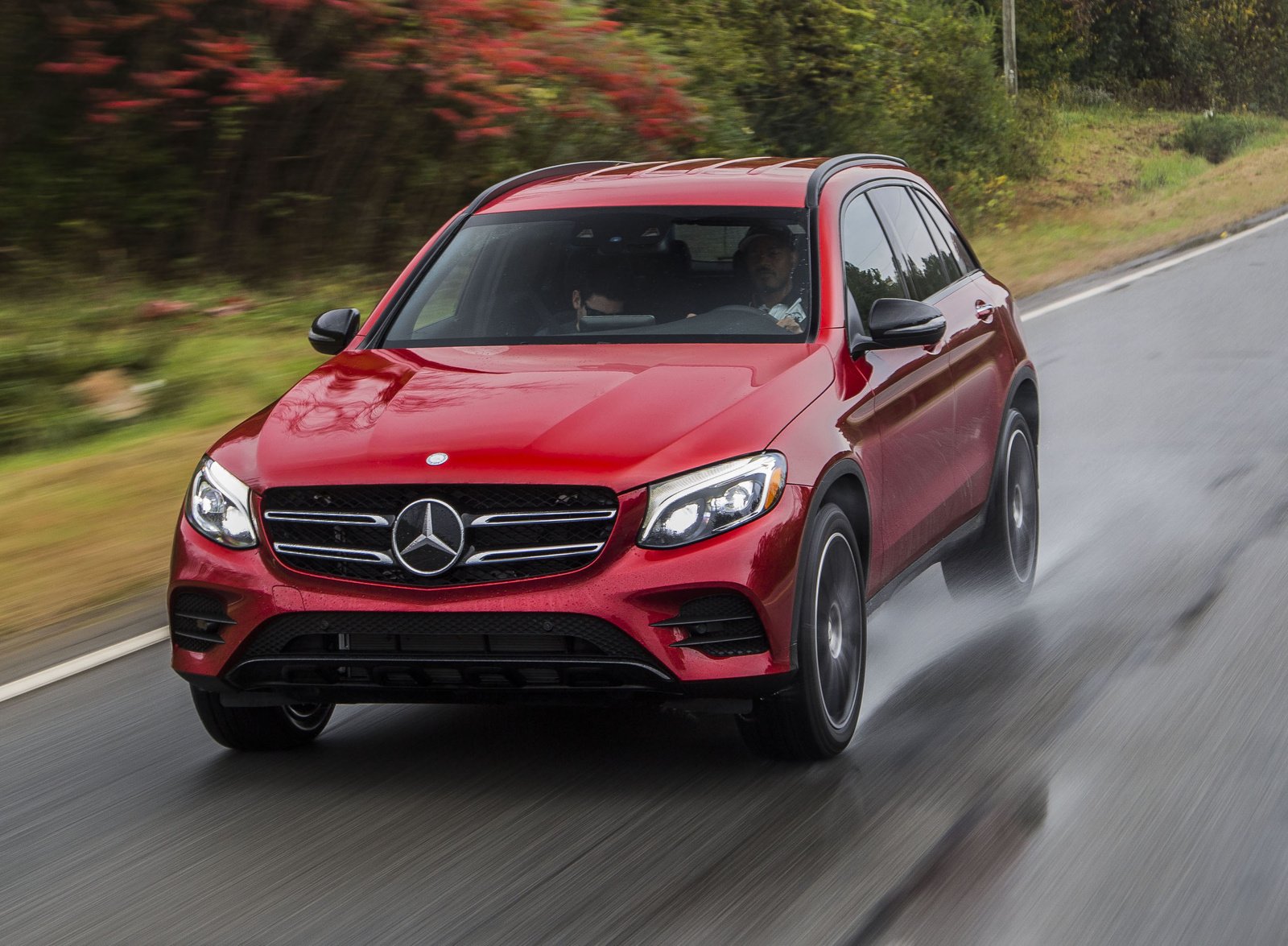 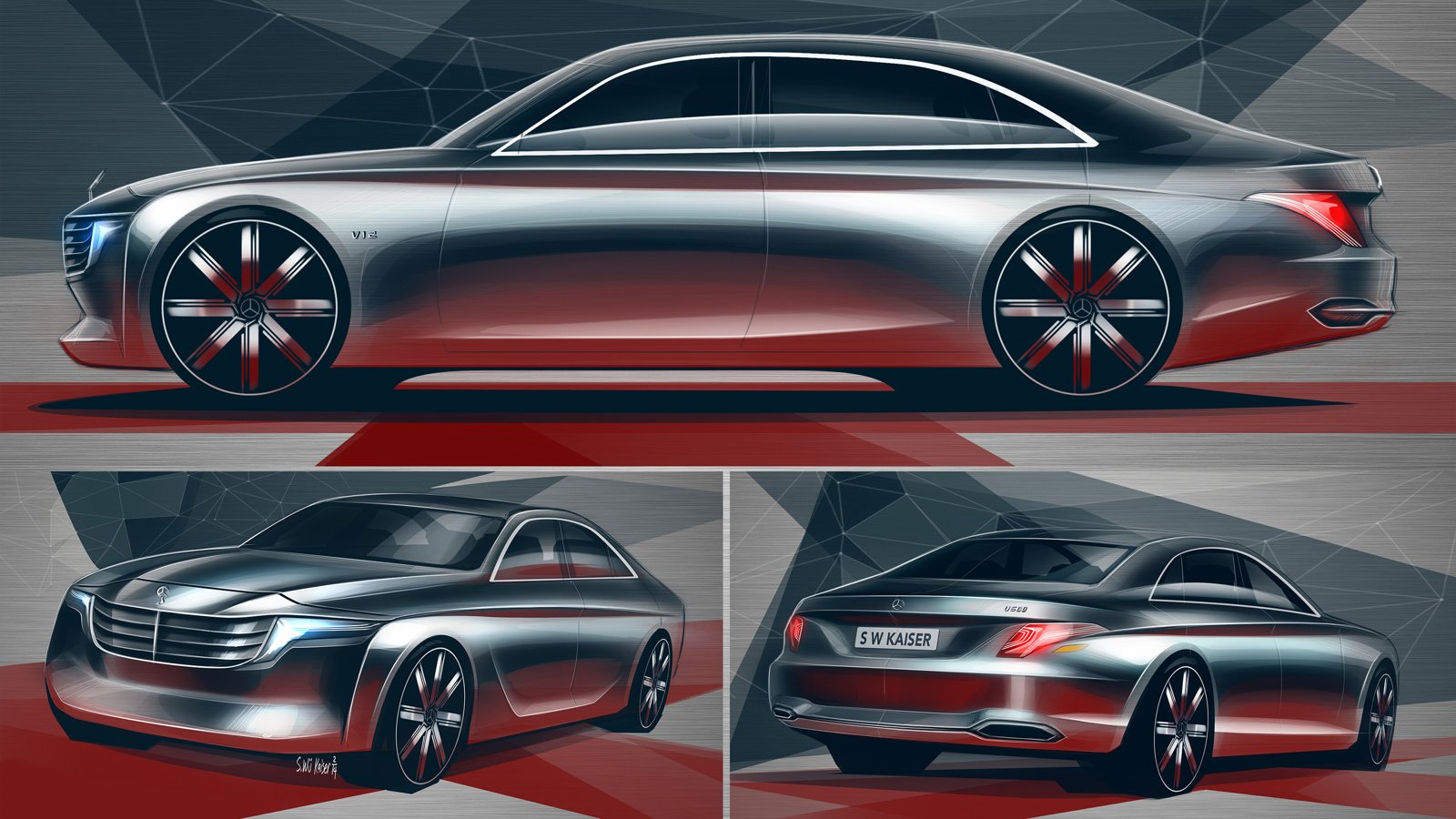