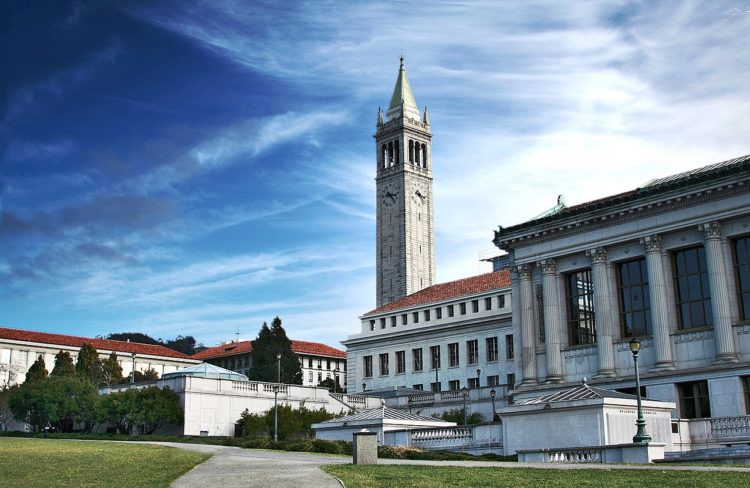 Though this list is comprised of the most notable University of California at Berkeley alumni in the business world, it is subdivided into two major groups. The first is the traditional business leaders such as CEOs, COOs, presidents, and chairpersons. The second is a hybrid category of traditional business leaders who earned their titles as a result of being entrepreneurs. One reason for the distinction is that the notables who took the traditional road to success generally took longer to reach their current position than the entrepreneurs, who likely ascended to their position once the business was established.

As you browse through this list you will find some surprising names because while you may not have heard of the person you will have heard of the company. Company name recognition played a role in determining who made the list. U. C. Berkeley has a historic reputation of being a liberal university, which actually factors into the final selection. Providing opportunities for women to excel resulted in almost half of the notables who made the list are women.

On a final note, the list was created to be reasonably relevant to the readers. For example, while J. Paul Getty is a graduate of the university, he has been gone a while from the business world. At the same time, he definitely is a notable in the context of U. C. Berkeley alumni as he left his footprints on the business world for generations. Yet there are others who, while a bit long in the tooth, remain active but their impact was largely made decades ago. There are some notables who fall into this category.

The list is in no particular order or ranking, so you have the freedom to move your favorites to the top of the list.

Dan Drake was one of the co-founders of Autodesk, a business that once has an array of AutoCad products that were designed for engineers and designers. In the 1980’s and 90’s AutoCad was seen as a leader in the Computer Assisted Design industry. The company has transformed itself into a broader, more educational business with products such as Sketchup. Their current goal is to educate and prepare the next generation of engineers and designers to tackle future challenges.

You may not have heard of his company 510 Systems of which he was one of three co-founders but it is almost certain you have heard of Google Car and Google Street View. Both of these products were developed by 510 Systems and later acquired by Google. 510 Systems is actually a robotics company. In one of the stranger moments of his career, Droz would later be required to appear in court over a lawsuit between Uber and Waymo about LiDAR technology. During the court case he testified he had once taken a Lidar array and turned it into a work of art to be displayed at Burning Man.

One of the three most commonly used and respected film review websites is Rotten Tomatoes. Duong was one of two co-founders of the service, which was bought by IGN Entertainment for a cool $10 million. One thing that is unique about the history of Rotten Tomatoes and Duong is that he and the company were the victims of the 2000 historic Dot Com Crash that gutted thousands of Internet businesses. The event forced him to sell the company, a decision he would later express regret for.

These two are listed as a single notable because far more people are likely to know the name Steve Wozniak than Lee Felsenstein. Yet both were directly responsible for the creation and success of Apple Computer. Felsenstein was a contributor to the Homebrew Computer Club which would spawn 23 companies, Apple being one of them. Wozniak not only was a co-founder of Apple, but he was also the Chief Scientist at Fusion-io which would later be bought by SanDisk. Wozniak is one example of how going to college can prepare you to be a successful entrepreneur and take advantage of a formal education. Felsenstein is an example of how you can make major contributions in your field and choose to remain in the background, away from the hot lights of the media.

GoFundMe is one of the most well-known crowdfunding websites in the world. Rob Solomon is the President and CEO of the company, but he didn’t arrive there by chance. If you have ever heard of the company Groupon, he was its COO and was partly responsible for raising the number of its employees from 100 to more than 5,000. One of the oddest factoids about Solomon is that his Bachelor’s degree was in – History.

Schmidt is unique on this list as he was listed as the 136th richest person in the world according to Forbes magazine. He was the first CEO of Google, serving from 2001 to 2011, where he then was appointed to the Executive Chairman position. In 2018 Schmidt resigned from that position (Google had split prior to that with Schmidt taking on the duties of Alphabet) but opted to stay on as a technical advisor. He has started a venture capital firm, Innovation Endeavors, that will provide seed money to startup tech companies.

After leaving Vodafone in 2008 after a decade long stint, he moved on to Cisco where he currently serves as an Independent Director. He is someone who knows how to follow the motto of “going out on top” as he served his resignation from Vodafone after helping them to achieve record earnings in 2008. He had steered the company strategically as the company’s CEO.

Jacobs is currently the Executive Chairman and Chairman of the Board of Directors at Qualcomm where he has spent the lion’s share of the past 20 years of his career. However, in June 2018 he left Qualcomm and co-founded XCOM, whose goal is to create innovative Internet solutions applying the new 5G technology. [https://www.xcom-tech.com/team/paul-e-jacobs/] Look for future game-changing technologies to be developed by Jacobs over the next few years.

If you ever have gone on to an internet dating site, the chances are you have seen the result of Many Ginsberg’s work. She is the CEO of Match Group, which is not to be confused with match.com. Match.com is only one of Match Group’s dating websites which includes the ever-popular Tinder, Plenty of Fish, and OkCupid. If you think she has an easy job, consider the fact that she has to continually fight off social media websites such as Facebook to survive.

Desmond-Hellman holds one of the more unique positions on this list, as she is not technically employed by a business. She is the CEO of the Bill and Melinda Gates Foundation which is philanthropic in nature and so may not actually be considered a business in the strictest sense. Her degree, a Master’s in Public Health, is well suited for the goals of the Foundation as it seeks to create healthy living environments for all people around the globe. Prior to taking her CEO position, she spent 14 years working at the research company Genetech.

If you have ever used the Firefox browser then you should know the name Mitchell Baker as she is one of its co-founders. She was one of the first people to bring together people from across the globe with the goal of making the Internet accessible to everyone. One specific goal she continues to pursue is to make the Internet more human-friendly as part of the Mozilla Project.

Before graduating with her law degree from Berkeley, Xanders was a Political Science major at Yale University. After gaining significant experience as the Senior Vice President and General Counsel of the Los Angeles Times Media Group, she changed companies to work at the Tribune Publishing Company. She is the Executive Vice President and General Counsel for the media giant. Her Bloomberg profile states her annual salary at just under $500,000 a year.

Working at Intel for more than two decades, Shukla is currently fills several corporate roles at Intel, as the Vice President of the Mobility Group and as the Director of the Mobile Platform Program Office. If there is a platform that needs to be made Intel compatible, Shukla is very likely to be overseeing the project.

As a Zoox Vice President, he is responsible for the development of their entire software platform. Zoox is a developing self-driving car technology company, and has recently made the news by being sued by Tesla. Prior to jumping into the fray, Rege has worked at the graphics card company, NVIDIA, where he was the Vice President of Engineering.

Zillow is one of the most well-known brands in the online real estate industry, and Kathleen Phillips is its Chief Financial Officer. In what ends up being a final tribute to Ms. Phillips at Zillow, she has announced her retirement from her CFO position but will remain on until 2020 providing legal counsel for the company.

Currently the Chief Revenue Officer at Scopely, he had acquired a significant amount of experience as the Vice President of Business Development for Disney Mobile. He saw the future potential of mobile gaming, an industry which Scopely specializes in.

It is fair to say that Stan Meresman has a penchant for getting startup companies through their birth stages. He is not a Financial Expert because of his reputation but because he qualifies as one under the auspices of the SEC. He helped businesses such as Snap, LinkedIn, and Zynga get through their IPOs and become common business brands. And continues to do it today

How do you remain relevant at age 65? Look no further than Nancy Tellem who is currently the Chief Media Officer and Executive chairwoman of Eko. It helps if you have a long history of corporate success as the President of Entertainment and Digital Media at Microsoft along with being the former president of the CBS Television Entertainment Group.

Once a Vice President and head of the Mergers and Acquisitions division of Microsoft, he has now assumed the title of CEO at the digital domain company Donuts Inc.