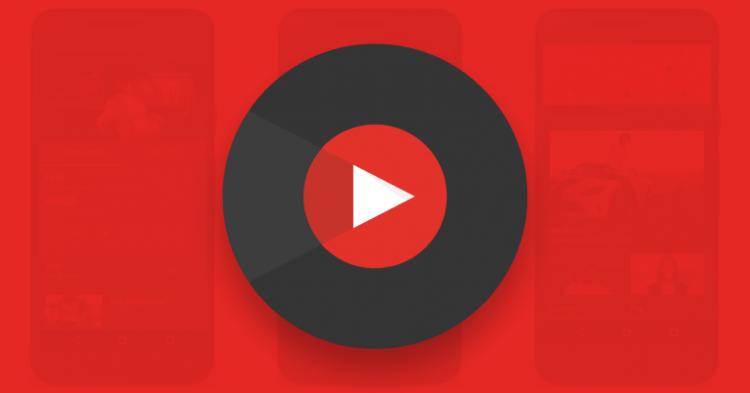 The video site Youtube has grown to become one of the biggest websites on the internet and now generates billions of revenue in advertising. Adverts are a pain in the eyes of many Youtube users and many people will try to get round them through using an advert blocker or something similar. However, they are a much needed lifeline for those in the music industry who have struggled in recent years to generate a small amount or even any revenue at all, what with free downloads and applications such as Spotify (although membership sites like Spotify do indeed pay artists – in 2015 they paid out $1.8 billion to the music industry). It is a tough time to be a musician. However, Youtube might have provided a new source of money making for those in the sector.

Youtube recently announced that in 2016 alone they had paid out in excess of $1 billion to those involved in the music industry. This has helped to boost growth in this creative sector, something that has not taken place for several years. As Youtube becomes a core aspect of revenue creation for music makers it is expected that it will be made more use of and it will play a significant part in the future growth of the music industry. Indeed, it is likely that a new golden era will come about for musicians, thanks to, not despite of, the internet.

Over the next ten years it is expected that music revenues will double, according to some rather optimistic pundits. However, this of course just the view of some. Others think that there remains a long way to go and Youtube could be paying out far more to artists. In order to gain any revenue at all you need to get lots of views. For every million views you get about $2000 in revenue, and then Youtube will take a percentage of this. Other applications such as Spotify will pay more. However, others would say that any revenue generation is better than no revenue at all and the music industry should welcome it.

The thing that everyone needs to remember is that subscription based services bring in direct revenue for the site, whereas advertising revenue is more indirect and therefore Youtube cannot pay out as much. The sums simply do not add up for them. They argue that there is a place for both and that artists and recording professionals should be able to make use of both systems and generate revenue from each.

Youtube is now making significant effort to improve relations with the music industry and they have hired music executive Lyor Cohen as its ‘Global Head of Music’ to smooth relations on a broad level. Cohen previously ran Def Jam and Warner Music Group before running his own label.

What is the music industry’s problem if Youtube is paying out so much?

Executives in the music industry are convinced that people who listen to music are now using Youtube as an alternative to the premium services of Spotify and Itunes, who actually pay out more. Youtube itself disputes this and claims that they are merely a tool to promote music and point people in the direction of other forms of music consumption.

Because of copyright law it is very likely that an artist’s music will go up on Youtube even if they don’t sign an advertising deal with the company. Youtube therefore has all of the power and can largely dictate the prices it pays out to musicians and others in the music industry in terms of advertising revenue. The labels and musicians are between a rock and a hard place.

In terms of advertising generally it is highly likely that most businesses will choose to move their advertising channels away from the more conventional, older platforms such as billboards, print, radio and television, which tend to be quite expensive, towards online formats, including Youtube. It is where people are, so it makes sense to do so, and it will also cost them a lot less, meaning that they can do more than they can at present. This is likely to help boost revenue for Youtube but it will be up to them how much of this they pass on to the people responsible for the videos in the first place – the musicians and the record labels.

Youtube is positioning itself to be at the center of the new music industry in terms of the ways that people experience music and musicians. Clearly there are benefits for musicians and labels beyond direct revenue creation from advertising. They are able to directly connect with listeners and to it is a great tool for building a brand. However, music is slightly different to other businesses in that it in itself is a means of consumption for the audio product that the label is ultimately selling. The company needs to be careful in the way that it works with its musicians and record label clients. They don’t want to annoy them.

On the other hand, there is little reason why they would increase the percentage that the labels retain at present. If numbers of views rapidly increases and the amount of advertising money that comes into the system increases then Youtube will find it difficult to not hand on some of this new revenue to musicians and record labels. Only time will tell to see what will actually happen.

After more than 11 years Youtube is continuing to break records and grow. It started as a means for people to share home videos and has grown to be the largest video sharing site in the world with millions of new videos uploaded to the site each and every day. There is no reason why it will not continue to grow in the future. The music industry must be careful with how it treads with its new relationship moving forward. It is clear that it must stand up to the website but it must also be careful as the relationship needs to work with both. In reality, the strategy should reference the approach to using digital formats through subscription on demand services like Spotify and traditional non digital forms of music as well.