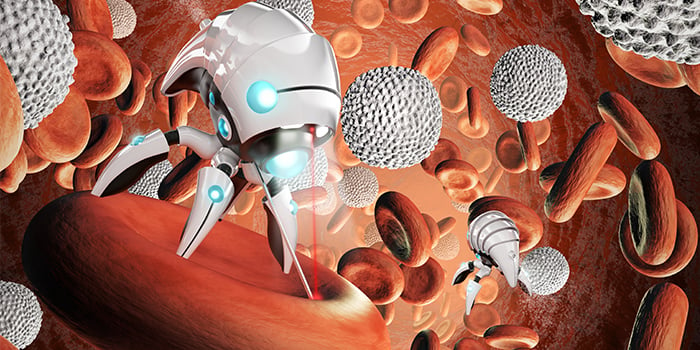 Like its name suggests, chemotherapy means a chemical treatment for cancer, though it should be noted that a wide range of such treatments have been used for a wide range of such conditions. For example, the earliest example of chemotherapy involved the use of nitrogen mustard to treat a case of advanced lymphoma, which was most interesting because said compound was the same one used to kill thousands and thousands of people in the First World War in the form of mustard gas. Now as then, most of the compounds used in chemotherapy are used to kill cancer cells, though there are other compounds as well that can be used to change biological responses to the presence of cancer cells. Summed up, chemotherapy is a tool that can serve an incredible number of purposes, which range from relieving symptoms to preparing for surgical removal and preventing a potential re-occurrence, but in the end, it serves those purposes by killing living tissue.

What Are the Issues with Chemotherapy?

As a result, it should come as no surprise to learn that chemotherapy has a number of serious issues that make it an imperfect but nonetheless critical tool in the tool-kits of those who have been entrusted with the task of fighting cancer. For example, its side effects range from pain and fatigue to blood disorders and cognitive changes, with some people in some cases even suffering from permanent damage to their hearts, their lungs, and their reproductive systems. At the moment, this happens because chemotherapy is imprecise, meaning that when the compounds are used to kill cancer cells, they will kill some of the rest of the living tissue as well.

Naturally, researchers are coming up with a wide range of methods by which to overcome this particular problem. For example, some are looking into ways to turn the immune system on cancer cells, while others are seeking to improve chemotherapy so as to maximize the effect of the compounds on cancer cells while limiting their effect on the rest of the living tissue. One of the most interesting potential solutions to this particular problem is based on this second principle, but has a rather unique twist in that it makes use of nanobots.

What Is a Nanobot? 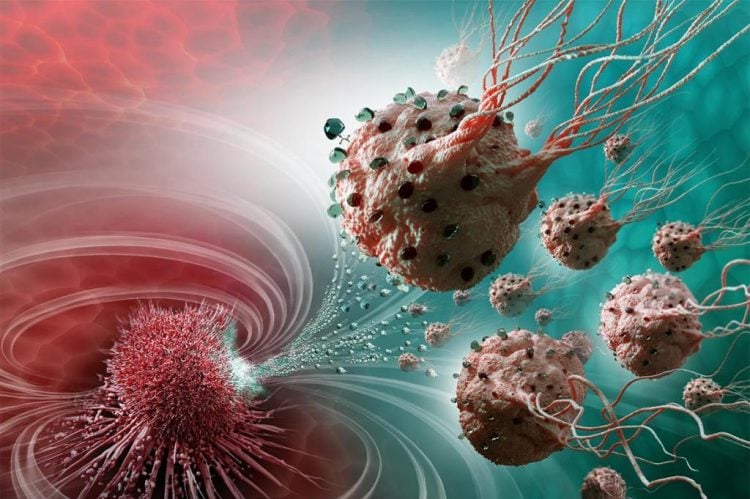 For people who are unfamiliar with the concept of the nanobot, it is nothing more than a machine with components that are around the scale of a nano-meter, which is one billionth of a meter in length. Unsurprisingly, nanobots are rather experimental in nature, though researchers have managed to produce some remarkable successes. For example, a team at Rice University was able to produce a single-molecule car, which moves by means of the buckyballs that serve as its wheels. Regardless of their exact nature, these successes suggest a great deal of potential for nanobots in a wide range of fields because of their minuscule size, with the field of medicine being no exception to this rule.

How Can Nanobots Contribute to the Fight Against Cancer?

In short, Canadian researchers have been making nanobots out of an ocean-going bacteria called magnetococcus, which seem to have a fair amount of promise for the chemotherapy of the future. First, they start by loading up the bacteria with cancer-fighting compounds, thus turning them into a way to deliver said chemicals to wherever it is that they need to go in order to combat the cancer cells growing in the patient’s body. Second, they use computer-controlled magnets to guide the bacteria, which have built-in compasses that tell them where they should go. By combining these two steps, the Canadian researchers have been able to use the nanobots to deliver their chemical loads to cancer cells in a controlled manner rather than the imprecise method that is to be expected with more orthodox forms of chemotherapy, which in turn, has produced rather respectable results when it comes to mice. Enough so that they are getting enough funding from a wide range of sources to start experimenting with humans, which will be the critical step in determining whether their strange but nonetheless intriguing solution will see use in human patients.

The use of magnetococcus is promise for a number of reasons. First, since the researchers have been able to direct the bacteria, this means that their payloads will not be delivered to healthy tissue rather than the cancer cells, thus reducing the severity of the side effects that are part and parcel of chemotherapy at the moment. Second, the researchers believe that their delivery system will be able to affect cancer cells that receive little oxygen and thus little of the cancer-fighting compounds used in more orthodox chemotherapy, which should mean better results from such treatments. Third, the researchers speculate that their delivery system might be able to penetrate the blood-brain barrier that protects the brain, thus making it possible to treat more types of brain cancer than ever before.


Summed up, the Canadian researchers and their magnetococcus have potential, but whether that potential will be realized or not remains something to be seen in the future. After all, there is no guarantee that what was effective for mice will be effective for humans, meaning that interested individuals should not read too much into the fact that the team is starting to move into human testing. However, this does not mean that they should swing too much in the other direction either since they would not be proceeding if there was no hope of something beneficial coming from their research.

Regardless of the result from this particular research project, it is important to note that there are numerous institutions out there investigating numerous ways to improve our cancer-fighting abilities so as to increase the survival rates of cancer patients while also making their fight that much less unpleasant for them. While not all of these investigations will bear fruit, enough of them will to continue making us better and better at fighting cancer. Something that should come as welcome news to all of those who have ever come into close contact with cancer in some way.