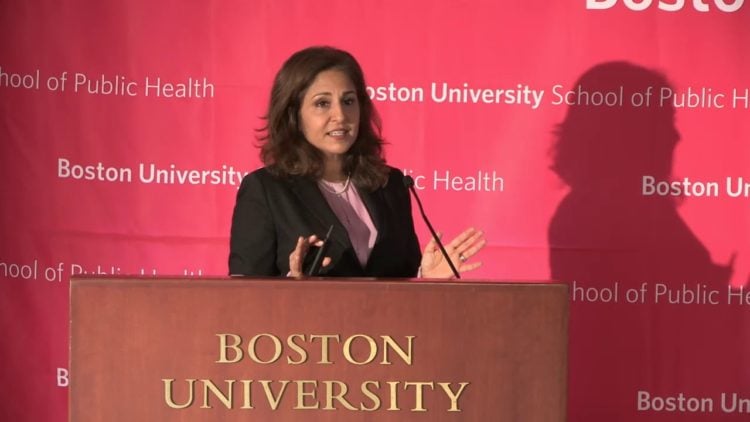 Neera Tanden is an Indian-American political consultant. She has been active in various capacities within the American government since 2003. She is a member of the Democratic party and you are likely to hear a lot more about her in the near future. Here are 10 things about Neera that you probably didn’t know to help you become more familiar with her career history and viewpoints in the political arena.

According to Wikipedia, Neera has been actively involved in politics working for the Clinton campaign in 2008. She served as an advisor to Hillary Clinton in 2016 as well. In 1992, she worked with Bill Clinton and with Michael Dukakis in his 1988 presidential campaign.

Although the Affordable Care Act has been the subject of tremendous controversy, it has also helped millions of Americans to obtain much-needed health insurance coverage. She worked with then-President Barack Obama to draft the act, prior to its approval. She has served as a trusted advisor to several high-ranking officials.

3. Tanden is a Yale graduate

Neera Tanden has an impressive academic background. Sh began her quest for knowledge at the University of California, Los Angeles, where she obtained her Bachelor of Arts degree. She continued on with her education to earn a Master’s degree from Harvard, and she completed her schooling at the Yale Law School. She earned her Juris Doctor in Law in 1996 from the prestigious institution.

Neera has overcome many obstacles to earn her college degrees and to establish a solid career in government politics. She wasn’t born with a silver spoon in her mouth. She had to work for everything she has achieved. She was born in Bedford, Massachuset to parents who immigrated to the United States from India. Her parents divorced when she was very young. She, her mother, and brother survived on welfare assistance for two years before her mom was able to get a job to support the children.

5. Neera is a Biden nominee

According to the Center for American Progress, we are going to be hearing more from Neera Tanden after the Biden administration assumes its post at the White House. Joe Biden made the announcement in November that he would nominate Neera for the position of director at the Office of Management and Budget. However, the Senate will need to approve the nomination before she can assume the position.

Tanden is currently serving as the CEO and President of the Center for American Progress. She has been with the organization since 2003, first as the VP for Domestic Policy, then as the VP for Academic Affairs. She became the Chief Operating Officer in 2010.

7. She knows how to deal with Congress

Tanden has already had a lot of experience dealing with congress. There is no need to worry about her ability to hold her own when she discusses matters of urgency to her convictions. She spent hours negotiating with stakeholders and congress on several different provisions of health care legislation with the Obama administration. She knows her way around the political arena and health care is a topic that she takes great interest in. She’s willing to fight for what she believes to be the proper pathway to the success and well-being of the American people.

Tanden was recognized by the National Journal in 2012. She was named to its list of the “Most Influential Women in Washington.” This list only included the names of the most highly celebrated 25 women in the category. Elle magazine also honored Neera in 2014, adding her name to their list of “Women in Washington Power List” which included just 10 names. Hers was one of them.

9. She was a Ronald Reagon Supporter

Conan Daily reports that Neera was a big supporter of Ronald Reagan in 1981. She supported the goals of his administration and this got her extremely interested in a career in politics. When she attended UCLA at Los Angeles, she ran for the vice president of the student body position and was the winner.

Neera Tanden met Benjamin Edwards when she was a volunteer for the Michael Dukakis presidential campaign. The couple became acquainted in 1988. They hit it off and started dating. Ben proposed to her in 1989 and the couple was wed. Since that time they have had two children together and they are still married. Both of them understand the hardships and strain that a life in politics can create in marriage and within a family. It is this understanding and their dedication to their careers as well as to the well-being of their family that has kept them function as a family unit. They’re truly a power couple that sets a good example for the rest of the nation.

As we enter a new year in 2021, there are going to be many changes in our nation. It begins with a new presidential administration. Barring any unforeseen objections in the Senate, Neera Tanden is going to be a part of the group that brings about these changes. She is poised to serve the government in a new position directing a vital branch of government. Neera brings a lot of experience and wisdom to the table as she launches this new chapter in her life. She is a seasoned politician, but even more, she has a purpose. It is her goal to negotiate with lawmakers to create a system that will best serve the American people. She knows what it is to struggle for survival and she has noble ideals that will lead her in her forward moving goals of making America a better place to live.