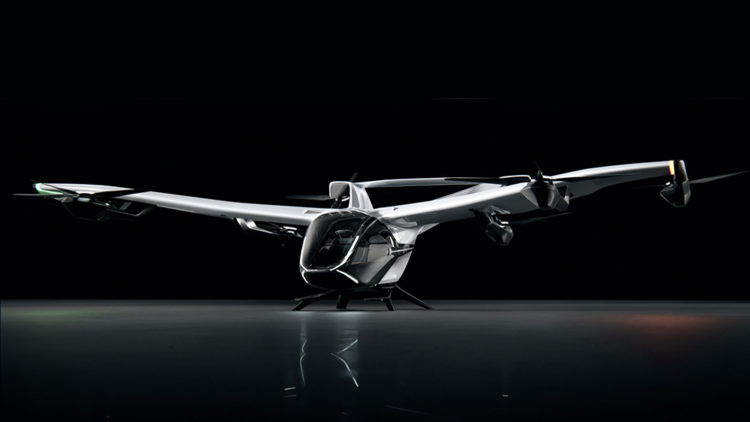 Have you ever thought about what it might be like to be able to get around town without having to jump in your car and drive from place to place? What if you could stay above all of the congestion and the frustration? After all, there are few things more frustrating than trying to go just a couple of blocks and taking the better part of 30 minutes in order to get there. By the time you get done dealing with red lights and traffic, it can eat up every spare minute that you have. There has to be a better way for you to spend your time. Surely this isn’t the only way to go about things. As luck would have it, it’s not. In fact, Airbus has just recently revealed a brand new electric air taxi. That’s right, the company that has spent so much time building super-sized aircraft that can travel thousands of miles with relative ease is now focusing on helping you commute around a busy city without having to spend your entire day stuck in traffic.

A New Way Of Thinking

Why did Airbus decide to get into the electric air taxi business? In reality, they’ve been experimenting with these types of aircraft for some time now. It was only recently that they started making the necessary progress that would get them closer to commercializing their project, which obviously got them in the mainstream news. That said, they definitely know what they’re doing when it comes to creating an air taxi that is capable of carrying people in both safety and comfort, while still being efficient enough to get the job done. They also know a thing or two about developing new types of aircraft. However, it’s impossible to see what all of this is really about without taking a closer look at this particular air taxi in order to get a better idea of what makes it so special.

Not Your Average Air Taxi

One of the things that genuinely sets this particular air taxi apart from some of the others that have been proposed is the fact that it’s capable of helping you easily commute around town, but it also has a bit of versatility to it. In fact, it’s capable of going as fast as 75 miles per hour. More importantly, it has a range of up to 50 miles. There are essentially two reasons why this is important. The first is that it helps to ensure that the air taxi is available for several different trips without having to stop and refuel, something that is going to be crucial for its overall success. After all, it’s impossible for the company operating any air taxi to make money if they’re constantly having to take their fleet down to be refueled. That just won’t work. Therefore, there has to be a way to get more than one or two fares at a time without the need for more fuel.

This one has a longer range than a lot of other air taxis that are being proposed, putting it head and shoulders above much of the competition. In addition, it is conceivable that this particular air taxi could be used to help people commute from one city to the next. It might seem like that possibility is a long way off, but it’s worth thinking about. When people have a meeting that is in a neighboring city, that location may be 10 or even 20 miles away. Imagine how much faster it would be to use an air taxi to get there because you don’t have to deal with all of the woes that come with traffic in a big city. The air taxi’s 50 mile range could conceivably allow it to take passengers to neighboring cities and then bring them back. If necessary, they could even refuel before the return trip. The point is, it provides an avenue that didn’t used to be available and it’s one that could potentially make all the difference in the world between success and failure.

Quiet As A Mouse

In addition to its ability travel at a respectable speed and go a fair distance without refueling, this particular air taxi is so quiet that it scarcely makes any noise whatsoever. As a matter of fact, there could literally be dozens of them in the air directly above your head and you wouldn’t even know it. When was the last time that you heard a car that was that quiet? Even modern-day automobiles make some noise. When you put hundreds of them together in a major city, it doesn’t matter if they’re the most modern vehicles in the world (which tend to make far less noise than older cars), the noise level is still deafening. This provides a way to get around all of those issues. If that’s not enough to impress you, consider this fact.

The aircraft is capable of seating four people rather comfortably. That’s great news for families that are visiting a city together. It also works exceptionally well for business professionals who are traveling to meetings, especially when traveling together. It certainly is more convenient than having everyone take a separate taxi in order to get where they’re going. At the end of the day, it’s all about making life easier for people and that is precisely what this air taxi is capable of doing. Just imagine how much stress you could potentially wipe out of your life if you didn’t have to deal with long commutes to and from work everyday. Think about what it would be like to be able to go and get lunch and then actually have time to eat your lunch as opposed to spending your entire lunch hour sitting in traffic. The same is true for going to meetings or virtually anywhere else, for that matter. These air taxis do indeed seem to be the wave of the future and the one from Airbus appears to be leading the charge.