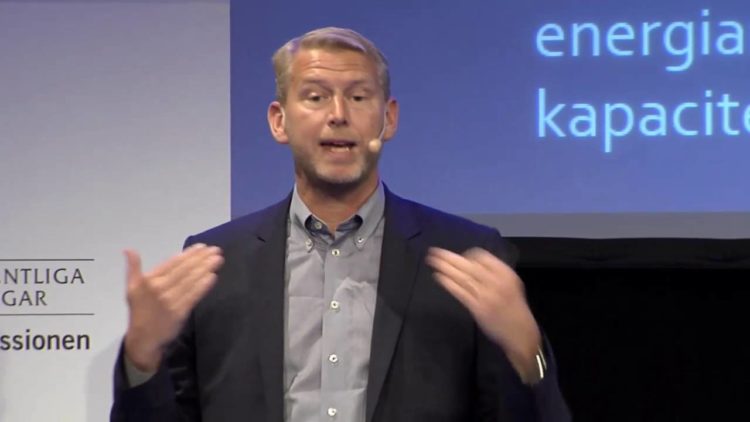 Peter Carlsson is the founder and chief executive officer of the Swedish battery manufacturing company Northvolt. He has an interesting and impressive career history and he made the decision to use the knowledge and skills that he has gained in the industry to create a large company that has the potential for becoming the largest lithium battery producer in the globe. Here are 10 things about Carlsson that we learned when looking further into the story of Northvolt, that you probably didn’t know.

1. He has an advanced degree

Carlsson spent time preparing for his career in the executive leadership arena of business. He attended Lulea Tekniska Universitet from 1989 through 1994 where he earned his M Sc degree in theEconomics, Production, and Quality Control. After achieving this he continued with his formal education to attend the Stockholm School of Economics earning his FL in Leadership. He studied from 2002 to 2003, enhancing his knowledge of the best leadership practices.

2. He founded other companies prior to Northvolt

Peter Carlsson has strong working knowledge about how companies can optimize prosperity through scaling. He understands that the early stages can be the most difficult. He founded a company called Amplify Ops in 2015 in Palo Alto, California. This business helps startups build scalable operations from scratch. His focus is on assisting companies to build their operational infrastructures from the beginning through global expansion with cost-reducing activities, the design of supply chain flexibility, scaling suppliers and manufacturing, finding partners, and also providing early-stage investing for select companies.

Carlsson founded another company called Turnpike Group Limited in September of 2015. He is still involved with the group that is located in London, England, UK. Turnpike Group Limited is a company that provides information technology and services. His involvement in the development of a tech business shows that Peter has a diversified portfolio of investments and company ownership that spans across a broad spectrum of industries.

4. Peter Carlsson’s wisdom is in high-demand

Carlsson has a track record of success and he is highly respected in the business community. His advisement is in high-demand and he sits on multiple boards where he shares his expertise. In April of 2016, he became a board member for Granges or Stockholm, Sweden. Hel also sits on the board of Metso of Helsinki, Finland since March of 2016. Peter is also an Operational Board Member for Orbital Systems of Malmo, Sweden since December of 2015. He joined the board of Fingerprint Cards of Gothenburg, Sweden in May of 2016 and he has been an advisor for Elementum SCM of Mountain View since October of 2015.

Prior to founding Northvolt, Peter Carlsson was an executive in the leadership of Tesla Motors. He served as the vice president of the supply chain from June of 2011 through October of 2015 at the company’s Palo, Alto, California location. This experience gave him insight into the need for developing strong lithium batteries to supply the electric vehicles which are becoming a means of promoting cleaner energy that will decrease the CO2 emissions and the carbon footprint created by gas and diesel-powered vehicles.

6. He worked his way up in business

After graduating with his advanced degree, Peter Carlsson was hired as a Quality Manager for Kami AB in 1994. He remained at the post for a little over a year and a half before moving on to the Ericsson company in September of 1995 where he spent 6 years as a Sourcing Manager, running sourcing and quality engineering organizations. In September of 2001, he became the Head of Sourcing for Sony Ericsson and remained at the post until December of 2007. He went on to work as the SVP and CPO of NXP Semiconductors from January of 2008 through June of 2011 overseeing the purchasing, outsourcing and country management for the company’s operations in Malaysia, Singapore, and the Philippines from the Singapore office.

7. Peter Carlsson is a regular guy that also has some interesting hobbies

Although he has spent a great deal of time with a focus on his career, Peter Carlsson has also made time to pursue his own personal interests and hobbies. For example, he loves traveling and cooking. He is also a golfer. He enjoys other pastimes that keep him fit and healthy including mountain biking and running. When he’s not busy advising or leading a major company, he’s a regular guy who also has a personal life outside of work.

8. Peter has spent a lot of time between the US and Sweden

Carlsson is Swedish and this is where he was born, raised, and received his education. He started his career in Sweden, but the jobs that he had gave him exposure to international markets. Being an entrepreneur, Carlsson forged friendships and acquaintances that led to career opportunities outside of his homeland. He worked in Singapore, and also founded and worked for companies in the United States and Sweden. He spent a total of 13 years working for Sony Ericsson in endeavors that involved both the United States and Sweden.

9. He is doing his part to save the planet

We listened to Peter Carlsson explain the reasons why the work of Northvolt is so important. He gave a moving speech that addresses the need to reduce the carbon footprint that we are all leaving on the planet. He is a dynamic speaker who has a firm grasp of the facts involving the state of the environment. He has a common-sense plan for improving the health of the planet and freely shares his opinions with others in hopes of educating them and making a difference.

Carlsson has achieved a great deal of success in his life already. He’s an entrepreneur who has built several businesses and his latest venture, Northvolt has all of the earmarks of becoming one of the most successful companies in the world after production and delivery of its lithium batteries starts in 2021. More than $13 billion in contracts for deliveries have already been secured and this is before the business has even fired up its production lines. He is just 49 years old. He was born in Sodertalje, Sweden on October 19, 1970. He has been married to his wife Inga Carlsson since 1997.